Dramatic video posted to social media shows a group of passersby heroically lift a black Mercedes SUV off of a pedestrian who was struck by the vehicle on Manhattan’s Lower East Side on Sunday evening.

The video shows about a dozen locals rush over to the intersection near Delancey and Norfolk Streets, where a woman was trapped underneath the SUV.

They then lifted the SUV off of its two right-side tires and held it in the air long enough for others to drag the female pedestrian from underneath the vehicle.

A photo taken by Colby Droscher, the social media user who filmed the incident, showed the woman talking on her phone and appearing to be okay afterward. 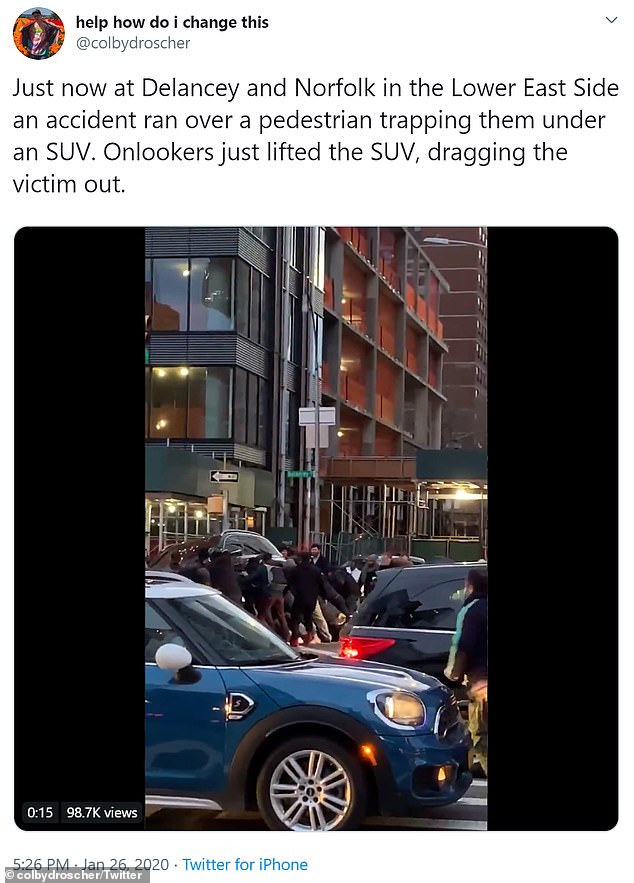 In the video, about a dozen people lift the SUV onto one side and pull out a 25-year-old female who was struck by the vehicle 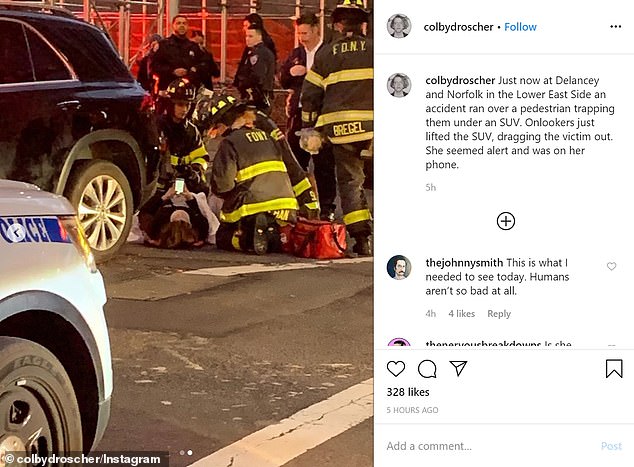 Witnesses said the car drove over the woman’s ankles and trapped her underneath.

A New York Police Department spokesperson told DailyMail.com that authorities received an emergency report of an incident at around 5:10pm on Sunday.

When police arrived after the rescue, they found a 25-year-old female pedestrian lying on the pavement conscious and alert.

The NYPD said that the woman suffered pain and bruising after she was struck by a dark-colored Mercedes-Benz SUV.

She was transported to Bellevue Hospital in stable condition. She was released later on Sunday evening with pain, scratches, and bruises, but no broken bones.

The driver of the vehicle is a 65-year-old female, according to the NYPD.

The authorities said that the driver was making a turn from Norfolk Street onto Delancey Street when she struck the 25-year-old woman who was in the pedestrian crosswalk. 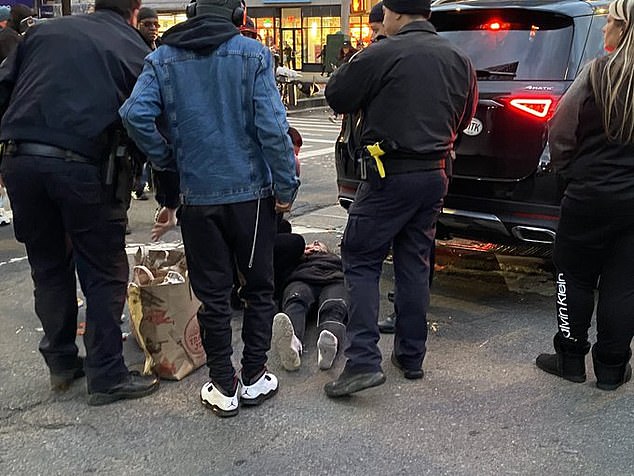 After striking the pedestrian, police said the driver also hit several occupied vehicles which were stopped at a traffic light.

Minor damage was reported by the other drivers, according to police.

Police officers arrived on the scene only after the 25-year-old woman was pulled from underneath the SUV.

The driver of the SUV was issued a summons for failure to yield to a pedestrian.

Usually, the penalty for such a traffic violation is a fine.