A father from East Riding of Yorkshire has filmed the moment he confronted a man who allegedly stole a hanging flower basket from his house.

The man, who does not want to be named, said his floral arrangement had gone missing from outside his Cottingham home on Wednesday morning.

The father spotted what he believed to be his hanging basket in Cottingham village centre while out with his children.

In the video the man whose basket was missing approaches a male stood next to a green bench who has six hanging baskets.

A father from Cottingham, East Riding of Yorkshire, confronted a man (pictured) who allegedly stole a hanging flower basket from his house

The father said to the male: ‘Where did you get your hanging baskets from?

‘That looks exactly like the one outside my house.’

The male says that he bought the baskets from a shop but a window cleaner who was supporting the father tells him that the shop is shut.

Speaking to Hull Live the father said: ‘It was just before 10am, I was just going to go for a walk with my two young kids and I was going to pop to the butchers in Cottingham.

‘As we came out our front door, I just noticed the hanging basket had gone.

‘Then I walked into the village and as I approached the shops, where Sainsbury’s and Boots are, I looked across the road and I noticed he was on a bench with about six hanging baskets.’

He said: ‘I recognised my hanging basket straight away. He came up with a few excuses which didn’t really sound right.

‘He did have a female with him as well, but I didn’t realise that until after I’d stopped filming.

‘They wandered off. As they walked off, I did call the police. It’s not a nice thing. It’s antisocial behaviour at the end of the day.’ 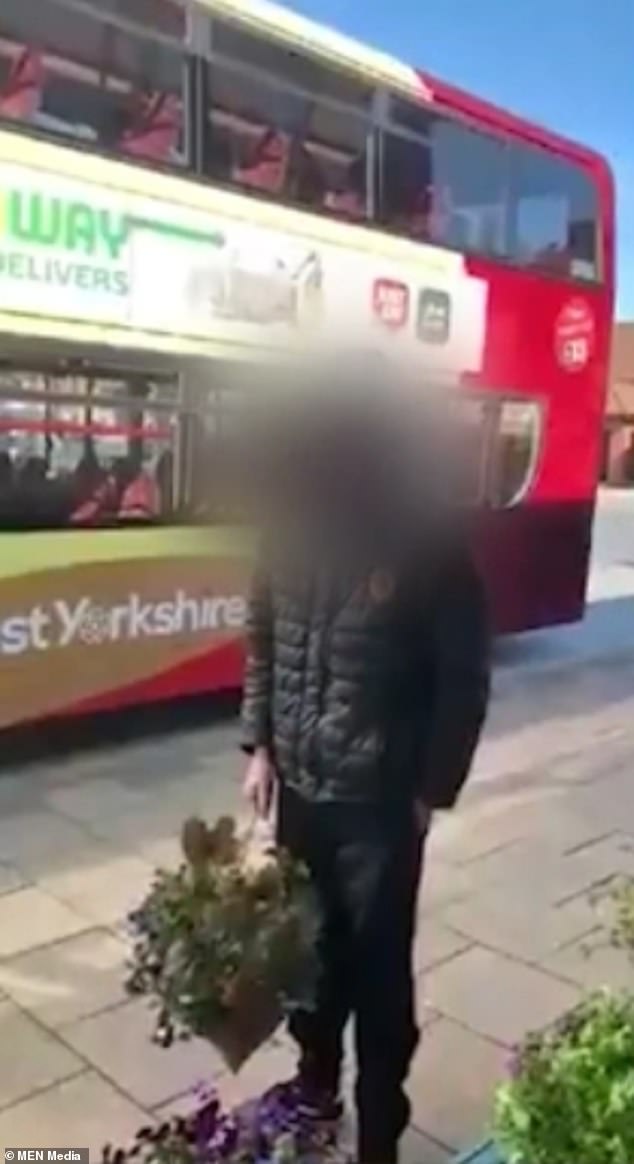 Lee Wilkinson, 34, from Cottingham, also had one of his baskets go missing.

He recognised his floral arrangement in the video and reported the missing baskets to the police.

Lee said: ‘We realised on Thursday morning we’d had one stolen.

‘We thought we can’t do anything about it and then I was just on Facebook and I came across this video and realised one of our baskets was there.

‘I was just a bit shocked that someone would go and nick things around Cottingham and then parade them outside the shop.

‘I know another three people have reported him to police after they have seen the video on Facebook. 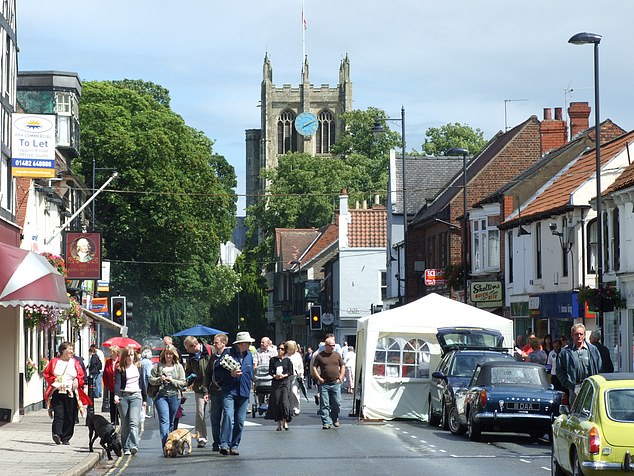 The video was filmed by the father, who wants to remain unnamed, on May 6. Pictured: Cottingham village centre

‘We’ve only had it [the hanging basket] two weeks. My partner bought them.

‘She got them with her birthday money. She just treated herself to some flowers and some idiot decides to come and rob them.’

In a statement Humberside Police said: ‘Officers are investigating reports of hanging baskets being stolen from properties in Cottingham.

‘The first incident happened in Southwood Road between 8.30pm on Tuesday, 5 May and 10.10am the following day.

‘The second happened in Baynard Avenue, between midnight and 6am on Wednesday, 6 May.

‘We are aware of video footage linked to these reports that is circulating on social media and would ask that the public do not speculate as to the identity of the person responsible for the thefts, as this could adversely impact on our ongoing investigation.