Two men have been arrested and an elderly woman is in hospital after she was allegedly run over in her own driveway during a carjacking.

Jean Parry, who is in her 70s, was sitting in her car in the driveway of her Hamilton Hill home, 23km south west of Perth, Western Australia, after she returned from a walk at about 8am on Friday when two men stole her Honda Civic.

The two men, aged 22 and 24, allegedly arrived on bike to the Ralston Street home where they forced Ms Parry out of her car and drove over her leg as they fled in the stolen vehicle. 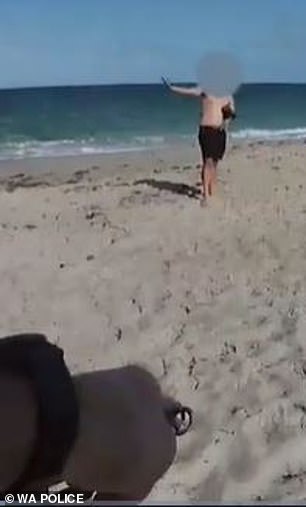 Two men, aged 22 and 24, were arrested 40 minutes after they allegedly stole an elderly woman’s car and broke her leg as they ran her over with her own car (pictured, police bodycam footage showing the moment the two men were arrested)

The stolen car was found in the nearby suburb of North Coogee about 40 minutes later with police arresting the two men in a dramatic beachside takedown.

Police bodycam footage shows officers arresting the shirtless assailants – one in a grassy field and the other on the sand at the beach.

Ms Parry was taken to Fiona Stanley Hospital and treated for her injuries, including a broken leg.

Detective Sergeant Jason Hutchison told Nine News there had been ‘some form of altercation’.

‘He’s approached the vehicle, there’s been some form of altercation, she’s ended up on the ground and subsequently as the male has departed he’s driven over her,’ Mr Hutchison said. 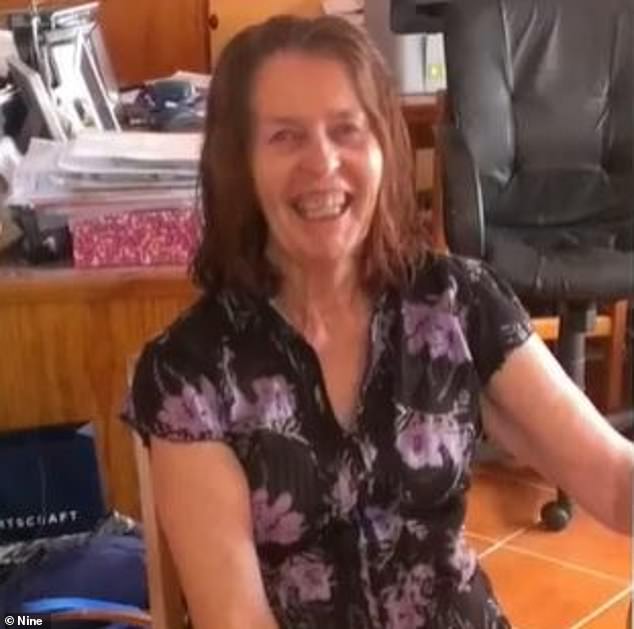 Jean Parry (pictured), who is in her 70s, was run over by her own car in the driveway of her Hamilton Hill home, 23km south west of Perth, Western Australia, after the men stole her Honda Civic and fled the scene

Mr Hutchison described the attack as a ‘brazen opportunistic offence’ as detectives believe the men were not preying on Ms Parry, rather, pounced when they saw she left the car running to open her driveway gate.

The men will face court on Saturday.