Thousands of cosplay fans dressed as their favourite characters to head to Comic Con in London this weekend.

Dressed as superheroes, villains and more, they headed to the ExCeL London convention centre in Docklands, east London, for the final day of MCM Comic Con 2018 on Sunday.

One fan dressed as Deadpool but wore the Infinity Gauntlet featured in the latest Avengers movie on his hand while a woman dressed as a character who will play a role in the next installment: Captain Marvel.

Others were seen in fairy and butterfly costume while one fan came as Bumblebee from the Transformers franchise.

This year’s Comic Con featured a number of special guests from the world of TV and film, including Letitia Wright who gave a scene-stealing performance as T’Challa’s tech-savvy sister Shuri in Black Panther.

Other special guests included Rosario Dawson, who plays Claire Temple in Netflix’s The Defenders and James Purefoy from Altered Carbon.

A marvel! One fan donned a skintight latex suit to come as Captain Marvel (left) while another dressed in a leotard and chunky white boots for Comic Con in London on Sunday 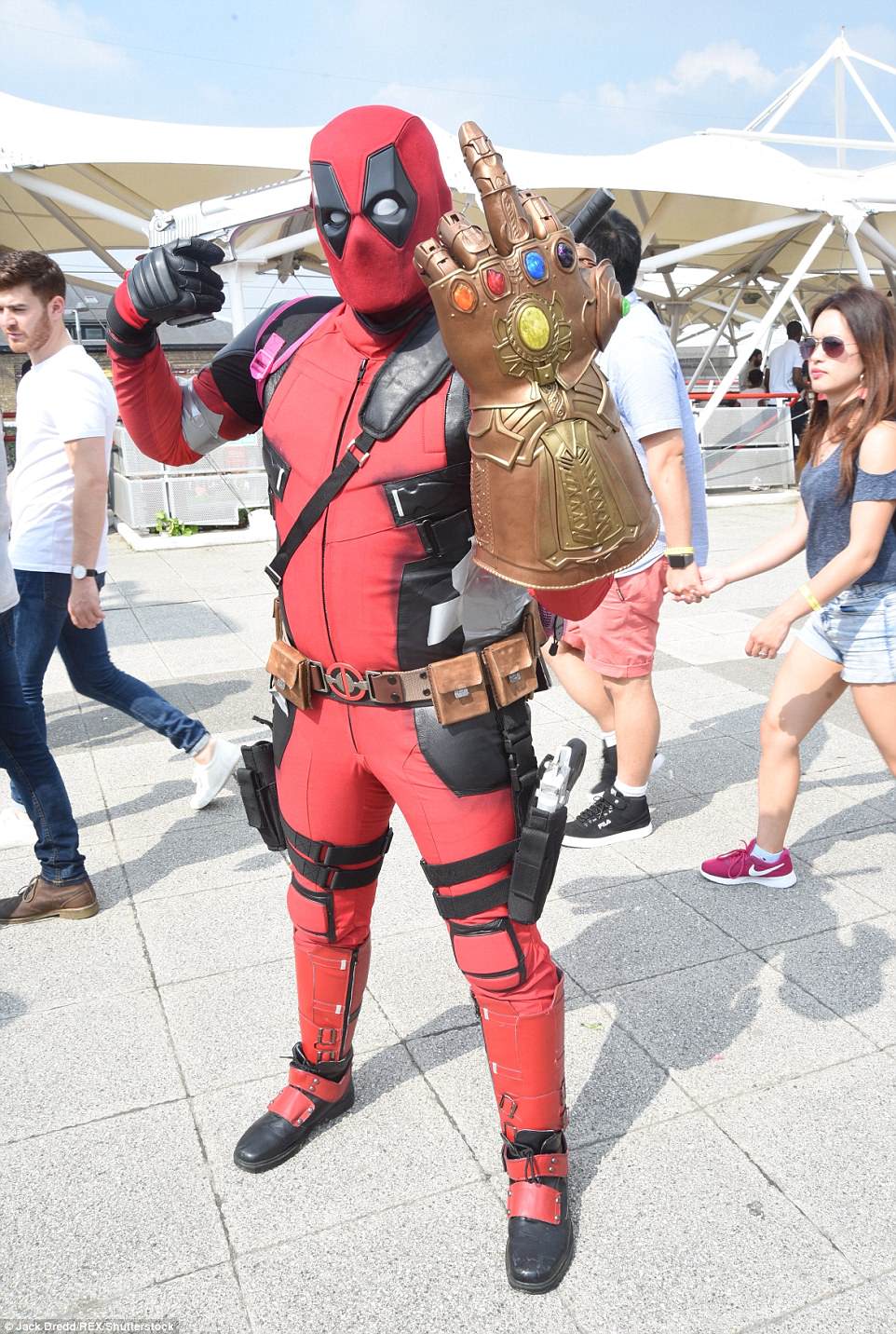 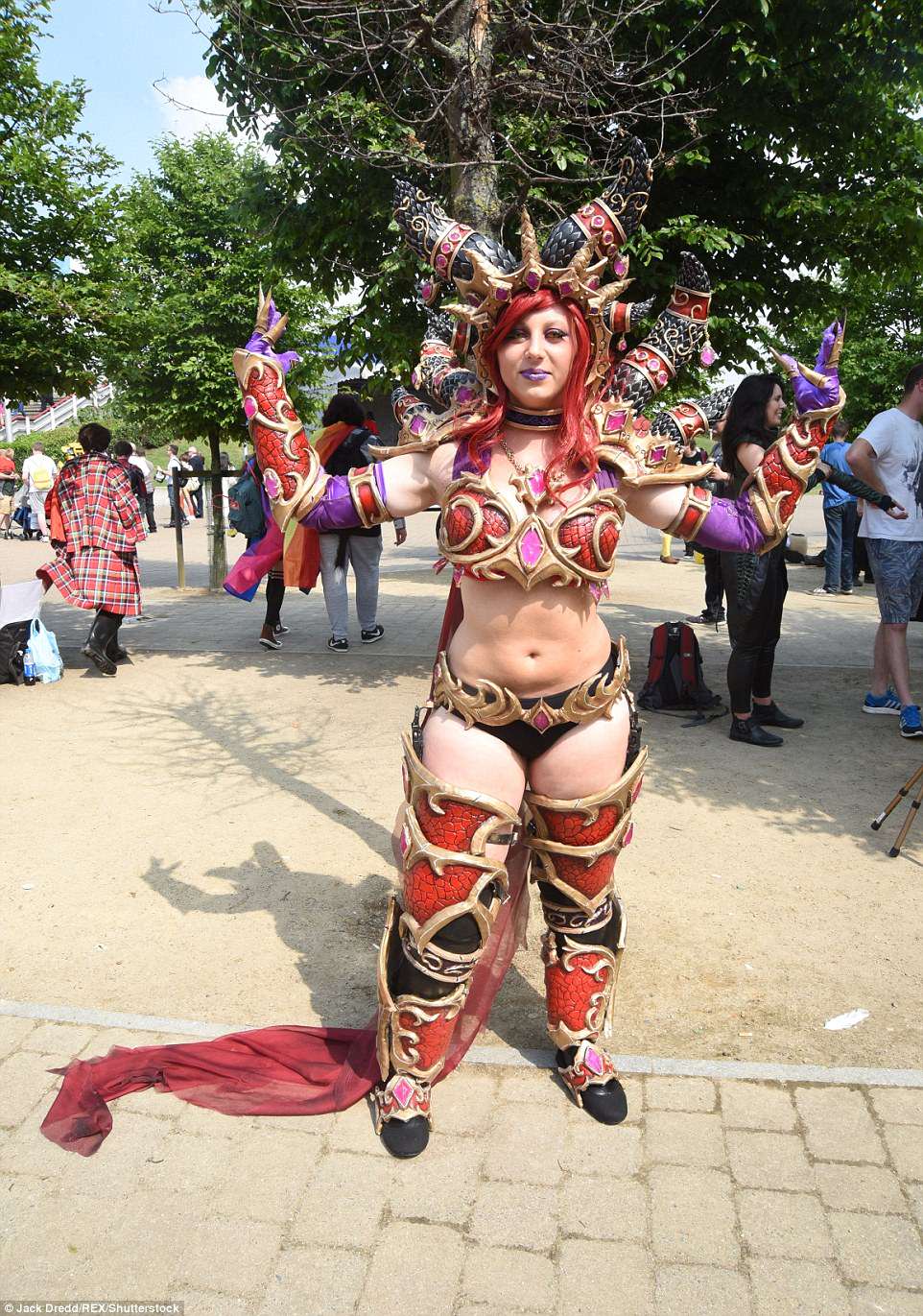 Imaginative: Another cosplay fan dressed in an elaborate costume that included thigh high boots and a headpiece 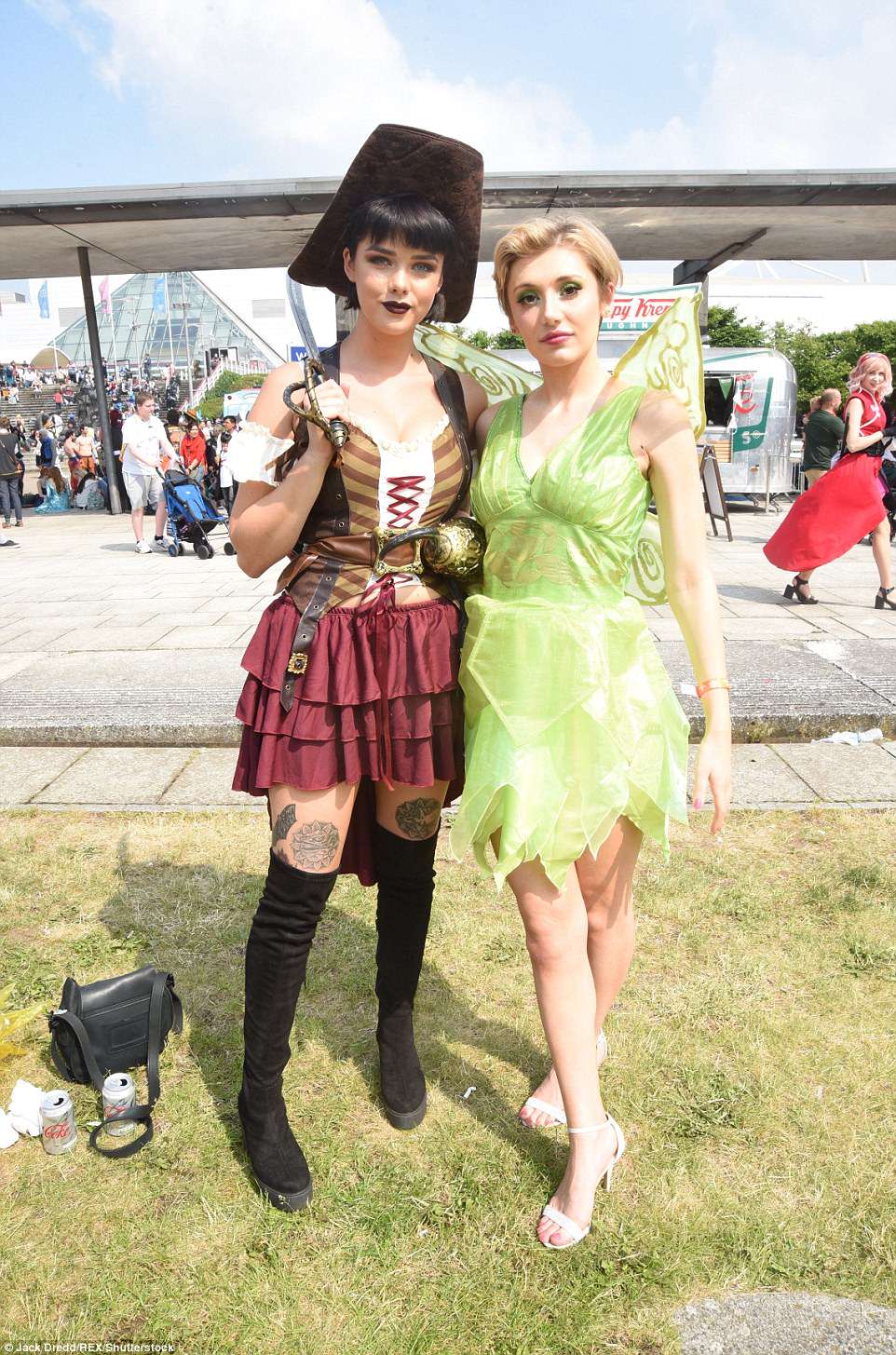 Creative: One woman came dressed as a pirate while her friend wore a fairy costume to attend Comic Con in London 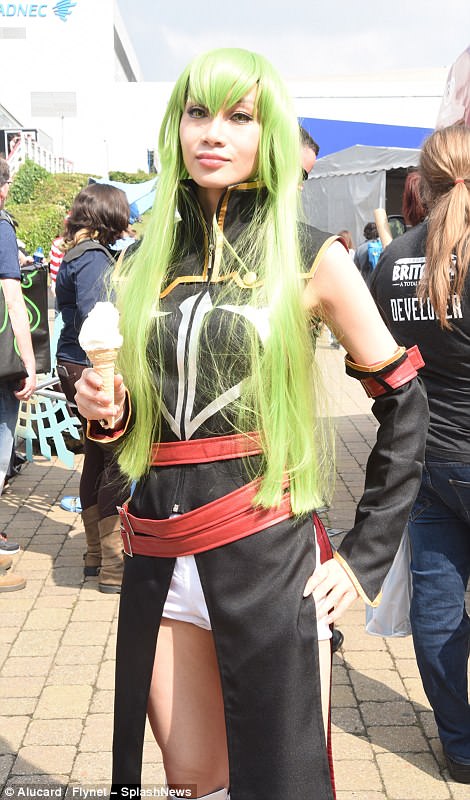 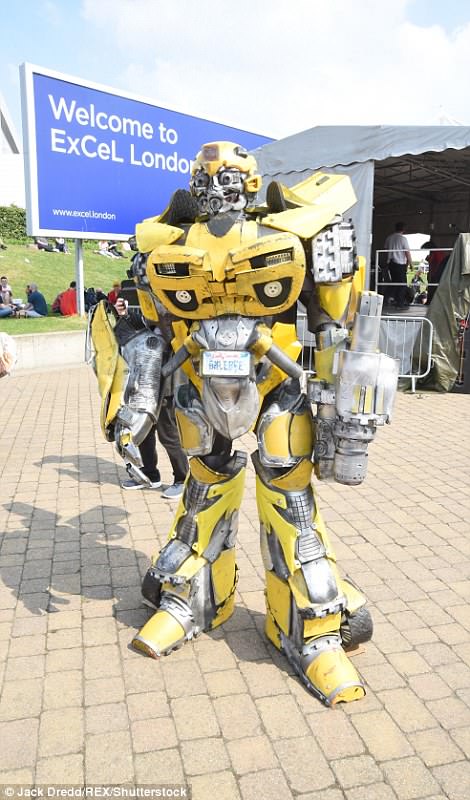 Always time for ice cream! One fan stopped to grab a cone during the event (left) while another came as Bumblebee from the Transformers franchise 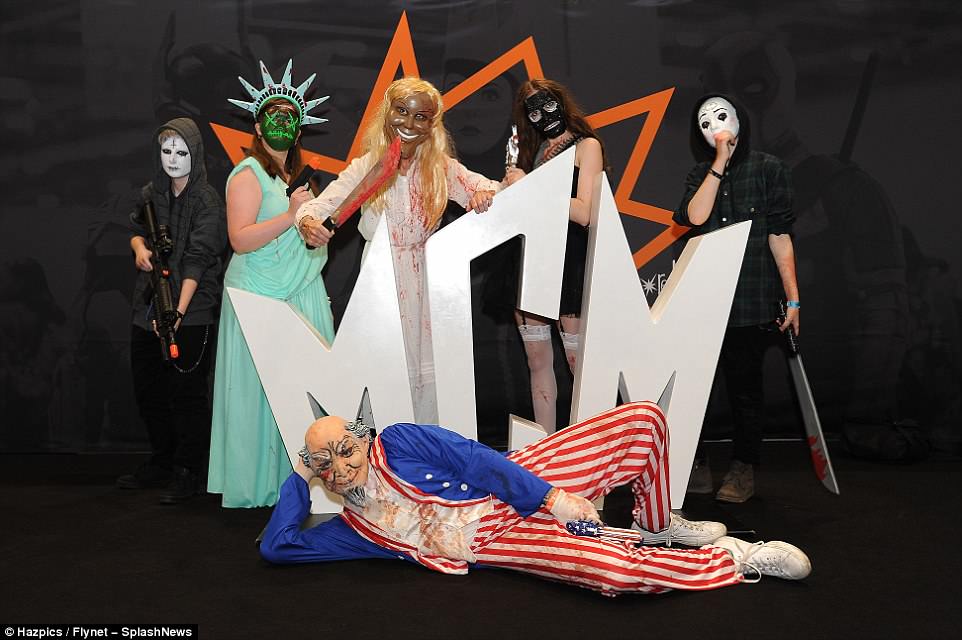 Strike a pose! Cosplayers pose for a picture at the MCM Comic Con at the ExCeL convention centre in east London 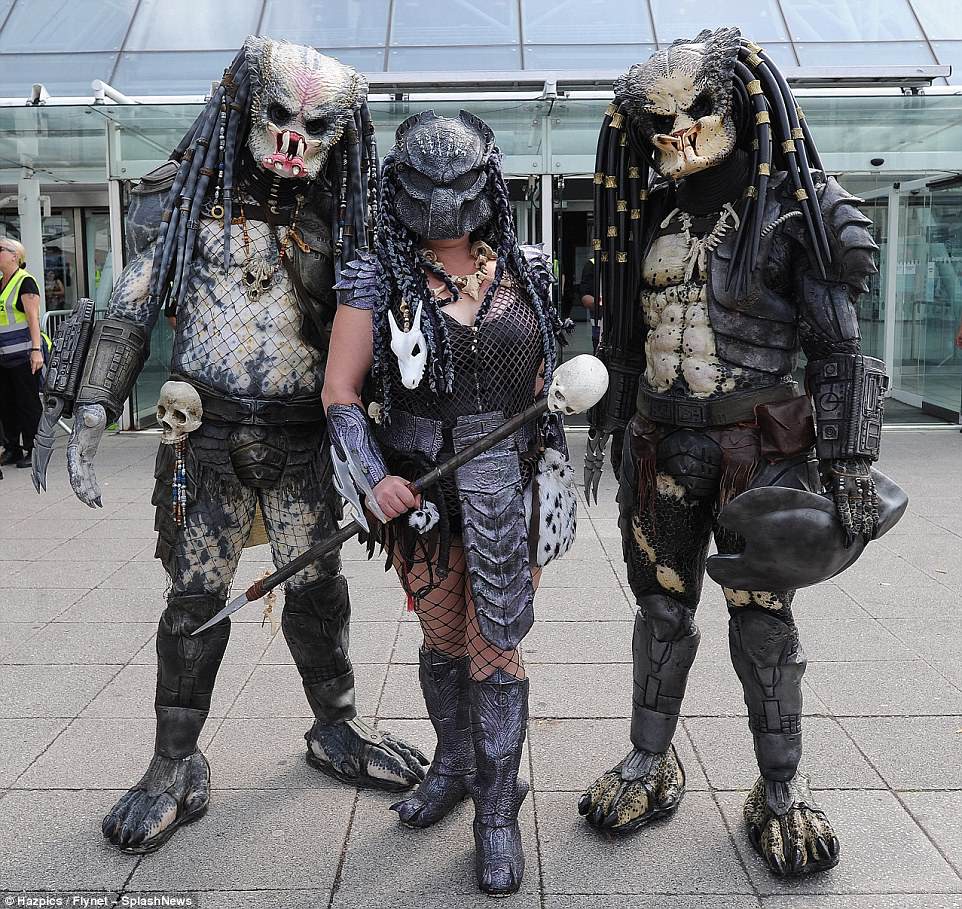 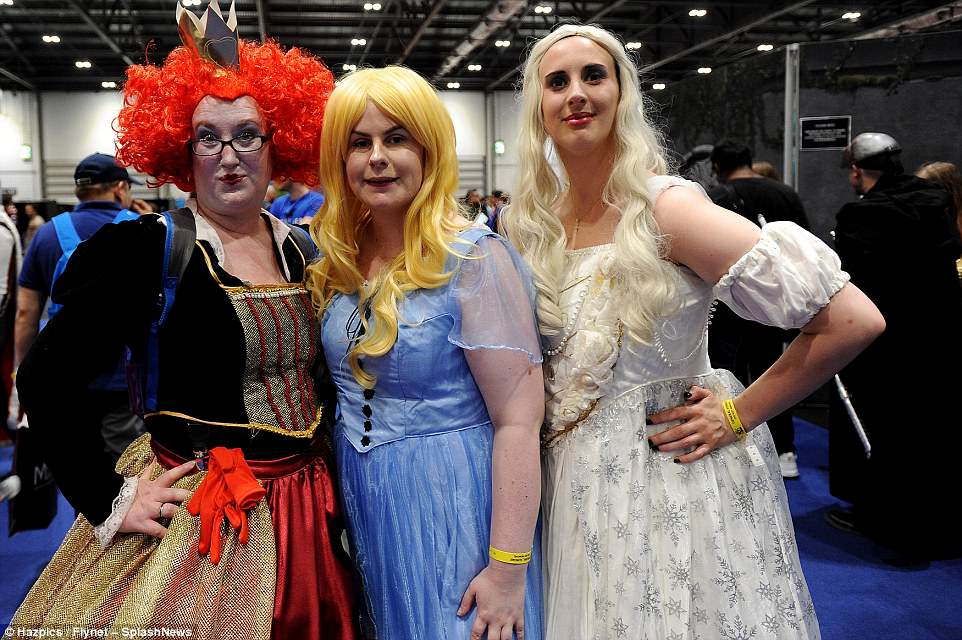 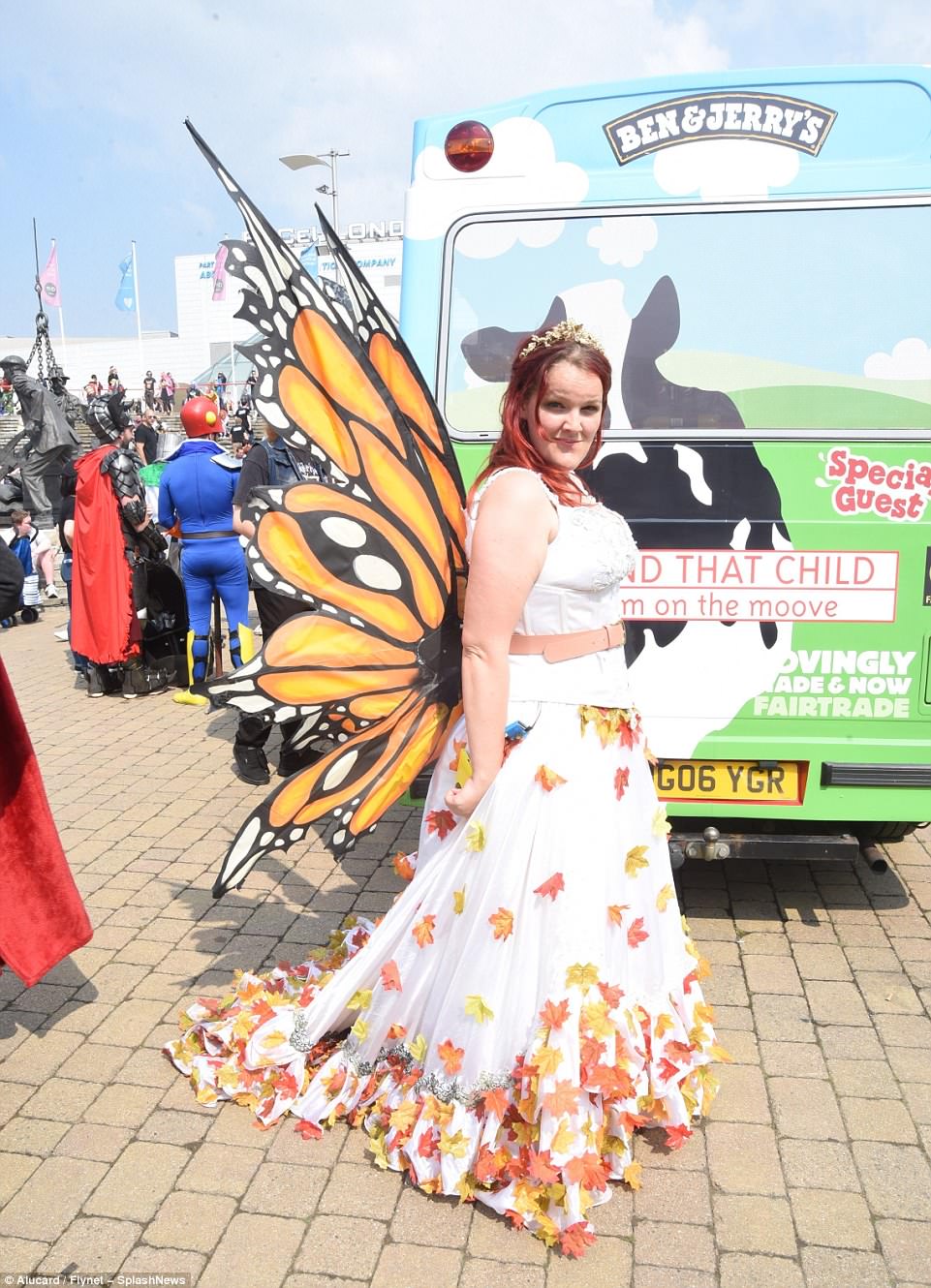 Summer is here: Another fan wore a dress adorned with leaves as part of her butterfly costume at the event on Sunday