Drew Barrymore is no stranger to the big – or small – screen.

But the 44-year-old may be assuming her most challenging role yet as she makes her way to the morning show stage for The Drew Barrymore Show premiering on CBS in the Fall of 2020.

‘I keep calling it Optimism TV, ‘ toted Barrymore to Variety during the show’s launch party at the Soho Beach House in Miami, Florida.

Drew is just coming off her episodic debut in Netflix’s original comedy Santa Clarita Diet, which came to a close after three seasons in 2019.

And she appeared excited to return to that content sphere for The Drew Barrymore Show, as she promoted it to CBS affiliates at the annual NATPE conference.

Barrymore looked fresh faced, as she sported a minimalist makeup look featuring a youthful flush and a swipe of rouge lipstick. 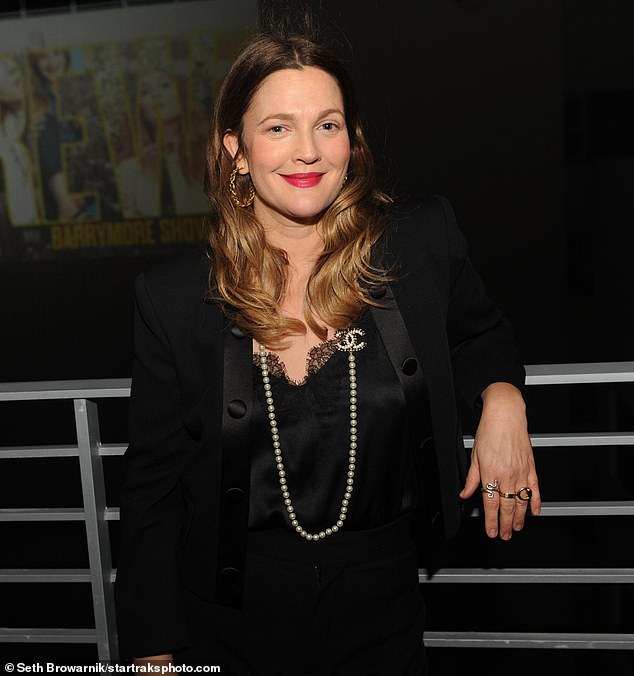 Showstopping: The 44-year-old’s daytime debut will premiere on CBS in the Fall of 2020

Her hair, parted neatly in the middle, cascaded down her shoulders, showing off her flawless brunette to blonde balayage.

Around her neck rested a chic Chanel pearl necklace that stood out against her solid black floor-length slip dress.

Barrymore, who acts as executive producer alongside Chris Miller and Ember Truesdell, covered up with a black blazer with satin lapels as she spoke before the show’s plethora of team members. 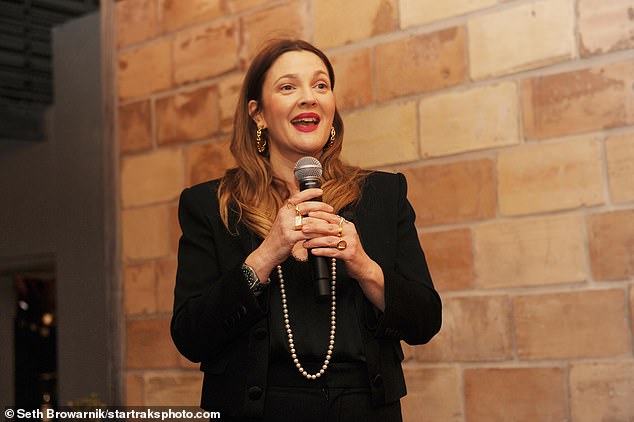 Executive: Barrymore will be the show’s executive producer and totes it as being a mix of ‘humor and heart’ 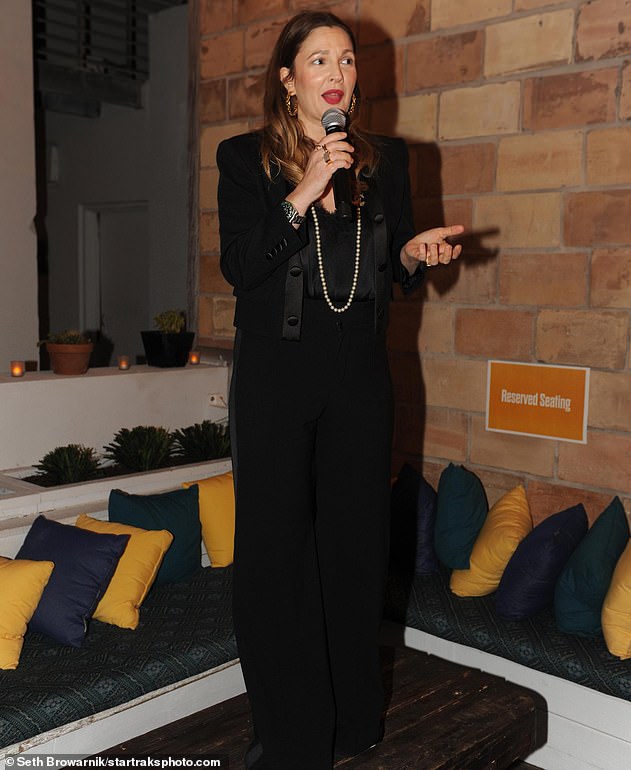 The 50 First Dates star radiated pride as she emphasized that her goal is to bring ‘humor and heart’ to daytime television.

She wants the show to be a mix of ‘celebrity interviews, lifestyle segments, and comedy.’

‘I’m in the joy business,’ explained Barrymore. ‘I don’t carry the umbrella of darkness with me.’ 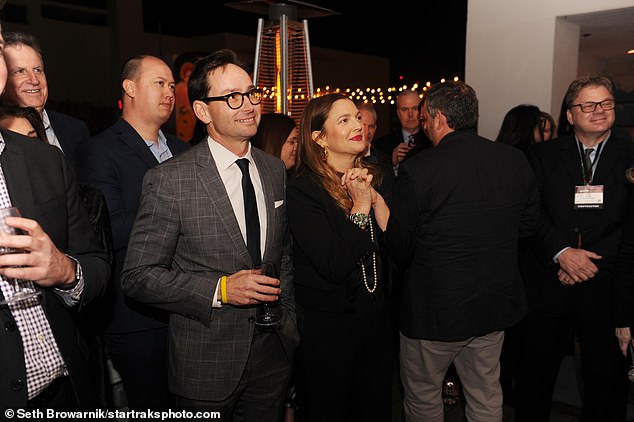 Pride: Barrymore beamed with pride as she stood among those behind her and her show 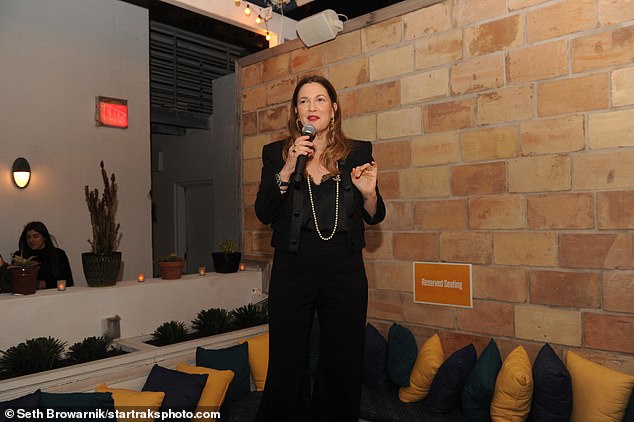 On her side: VP of development at CBS, Elaine Bauer Brooks, believes that audiences ‘having a feeling about who [Barrymore} is’

When speaking with Variety, the mother of two revealed that the move to her talk show hosting gig would allow her more work-life balance.

When being in the industry as an actor, days and hours on set are unpredictable and can change at the drop of a hat. 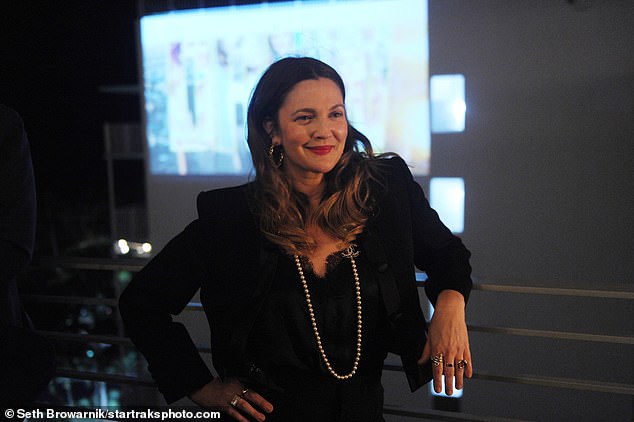 Lots of content: The daytime talk show would included sit down interviews with celebrities, segments of lifestyle, and a dose of comedy

Barrymore first considered the idea of hosting her own talk show in 2016 when she was approached by executives at Warner Bros.

But the E.T. starlet wasn’t fully convinced she could take on the job, until she met VP of development at CBS, Elaine Bauer Brooks.

Brooks spoke confidently about Barrymore’s talk show host abilities stating that audiences ‘have a feeling about who [Barrymore] is.’ 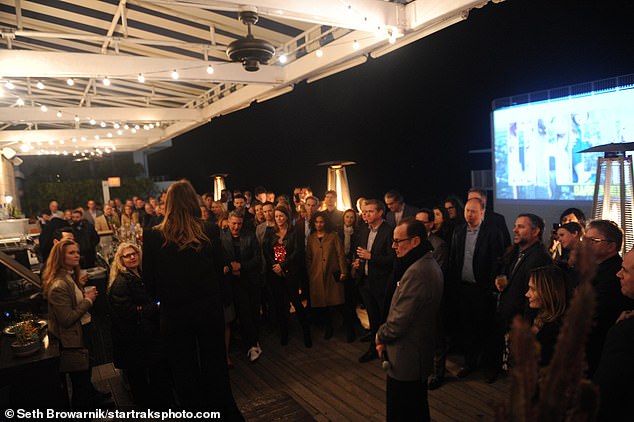 Interior design: As Barrymore spoke about her show, she revealed that she was involved in all aspects of the show’s creation, including set design

She explained that daytime television is a ‘talent-driven medium’ and that in order for a show and it’s host to be successful, audiences ‘have to develop a relationship’ with them.

And she believes Barrymore can do just that.

Apart from being the face and the name behind the whole operation, Drew was involved in every aspect of the show’s creation, including the set design. 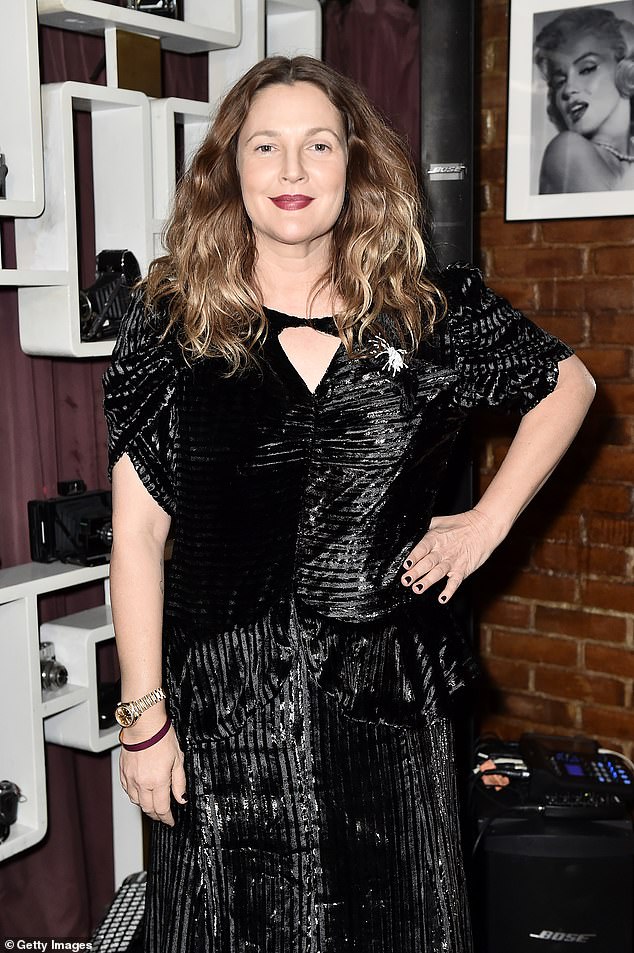