Drew Barrymore, 45, gets pulled back by her mini-me daughter Olive, eight, while hugging a friend during a walk in New York City

Drew Barrymore apparently got too close for comfort on Sunday as she was pulled back by one of her children during a walk through the streets of New York City.

The 45-year-old actress was taking a stroll with her daughters Olive, aged eight, and Frankie, aged six, when she ran into a friend of hers, whom she attempted to greet with a hug.

When the talk show host would not let go of her pal, Olive sprang into action and pulled her mom back in an effort to get her to continue their shared walk.

Hold your horses! On Sunday, Drew Barrymore was pulled back by her daughter Olive while attempting to hug a friend she had run into during a walk in New York City

Barrymore was dressed in a tan fleece sweater underneath a hooded and sleeveless blue vest to keep herself comfortable in the chilly New York City temperatures.

She also wore a set of white joggers and brown boots to make sure that her body was entirely covered during the walk.

The actress was pictured wearing a black-and-white beanie on top of her typically flowing blonde hair. 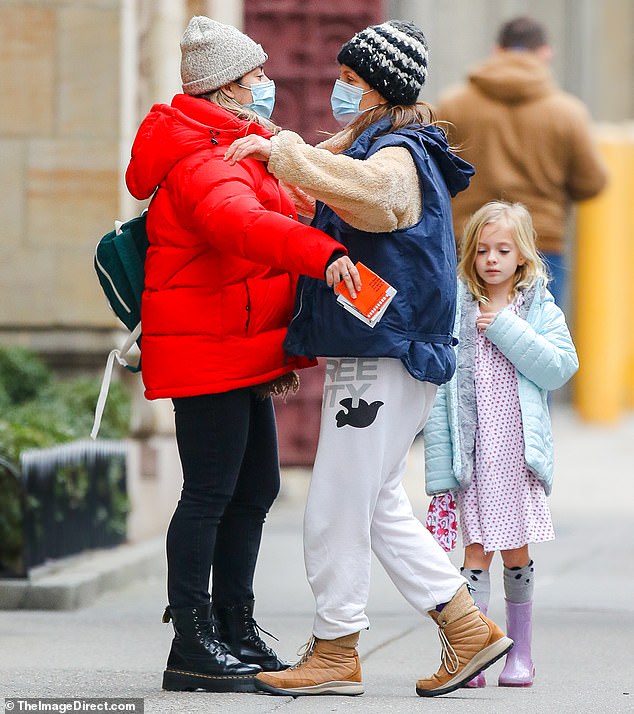 Family time: The actress’ youngest daughter Frankie, six, was also along for the shared urban excursion

Barrymore’s oldest daughter wore a puffy black jacket and matching sweatpants; she could also be seen in a graphic-printed t-shirt and a pair of red rain boots.

Her youngest was pictured in a light blue jacket on top of a polka-dotted dress and a pair of light purple galoshes, which she paired with a set of animal-themed high socks.

The mother-and-daughter team all wore face masks during their shared stroll. 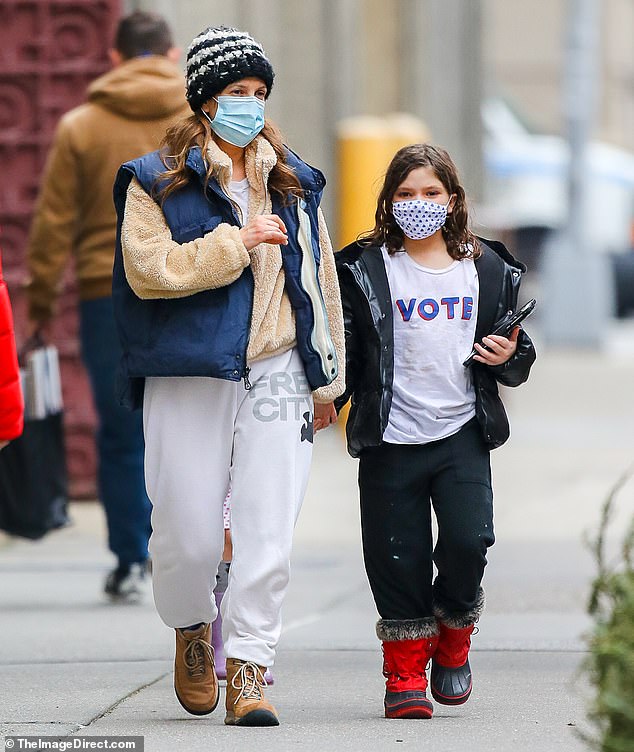 Staying protected: The mother and daughter team all wore face coverings in order to protect themselves in the middle of the global pandemic

The E.T. The Extra-Terrestrial actress shares her two daughters with her third husband Will Kopelman, the son of former Chanel head Arie Koplelman.

Barrymore was previously married to Jeremy Thomas for a few months in 1994; her second marriage was to comedian Tom Green, whom she divorced in 2002.

The actress was also previously in high-profile relationships with drummer Fabrizio Moretti and guitarist Eric Erlandson. 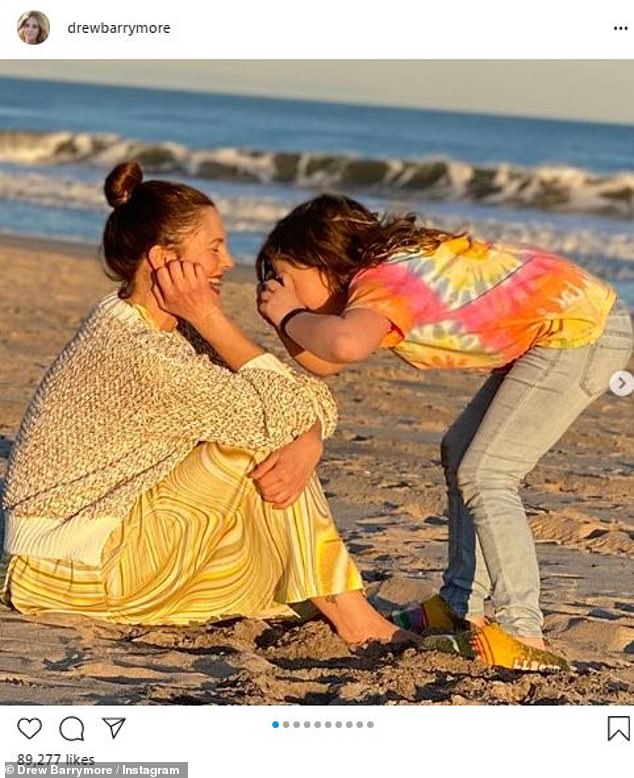 Shared kids: Barrymore’s two children were the result of her former marriage to Will Kopelman, whom she was married to between 2012 and 2016

In an interview with Health, the Charlie’s Angels actress spoke about how she tries to ensure that her children are aware of the goings-on around the world in a manner that does not make them any less excited to grow up.

‘I am extremely honest, and I try to be honest in a way that doesn’t scare them. What I do not want to do is take my kids’ sense of security and safety away—that’s me robbing them of something by keeping them informed,’ she noted.

Barrymore also elaborated on why she attempts to keep her relationship with her children out of the public eye and what her desired goal for her efforts is.

‘I want to keep them kids as long as possible, and that’s why I’m really protective about putting them out there in the world…I’d rather have my kids know more about the world than show my kids to the world.’ 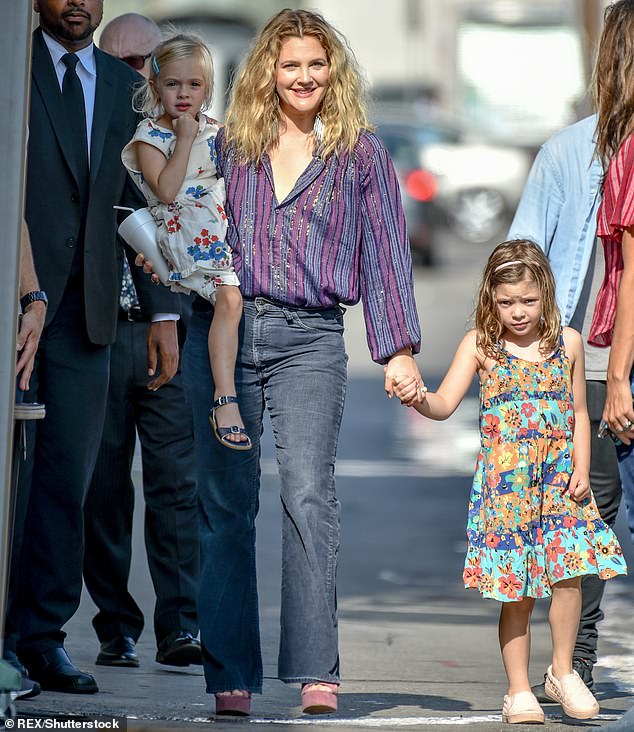 Getting real: In an interview, the actress stated that she attempts to be very truthful with her daughters regarding world affairs and is ‘honest in a way that doesn’t scare them’; the three are seen before a taping of Jimmy Kimmel Live! in 2018