Back when Kim Kardashian was a ninth grader, idolising Drew Barrymore, she could never have expected this.

The actress posted a picture of Kim as a teen to her Instgram account, as the two shared their mutual admiration on social media.

Kim rocked a typical Drew look in the image, right down to the flower in her hair. Drew famously wore daisies in her hair to the 1998 Academy Awards.

The shot was one of a couple shared by Kim, as she raided her teenage photo album.

The 37-year-old reality star poked fun at her younger self and admitted brow expert, Anastasia Soare, would be too impressed with her look at the time.

The Keeping Up With The Kardashians star shared a video on Snapchat looking over the old album – which showed old high school photos from eighth and ninth grade. 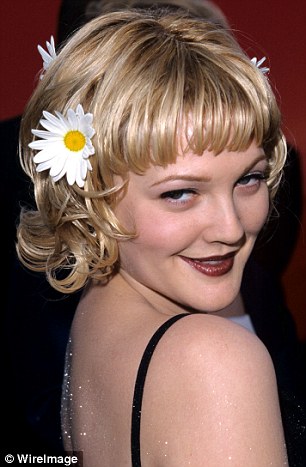 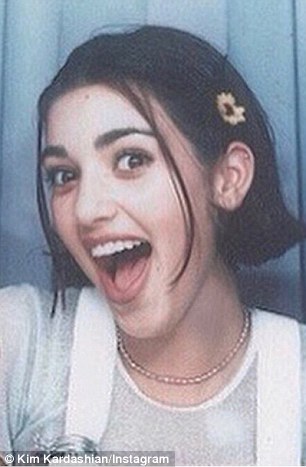 Inspo: Kim, right, recreated one of Drew’s iconic looks (seen at the Academy Awards in 1998, left); she also copied her thin eyebrows

She said: ‘That was me in eighth grade, look at my eyebrows, Anastasia would be mortified.’

This isn’t the first time the TV personality has reminisced on her eyebrow dilemmas – earlier this year her mother, Kris Jenner, 62, posted a photo of herself with a 17-year-old Kim sporting pencil-thin eyebrows alongside her half-sisters – Kendall and Kylie Jenner as toddlers.

Pop star Katy Perry was quick to comment and tease the brunette beauty about her former self. 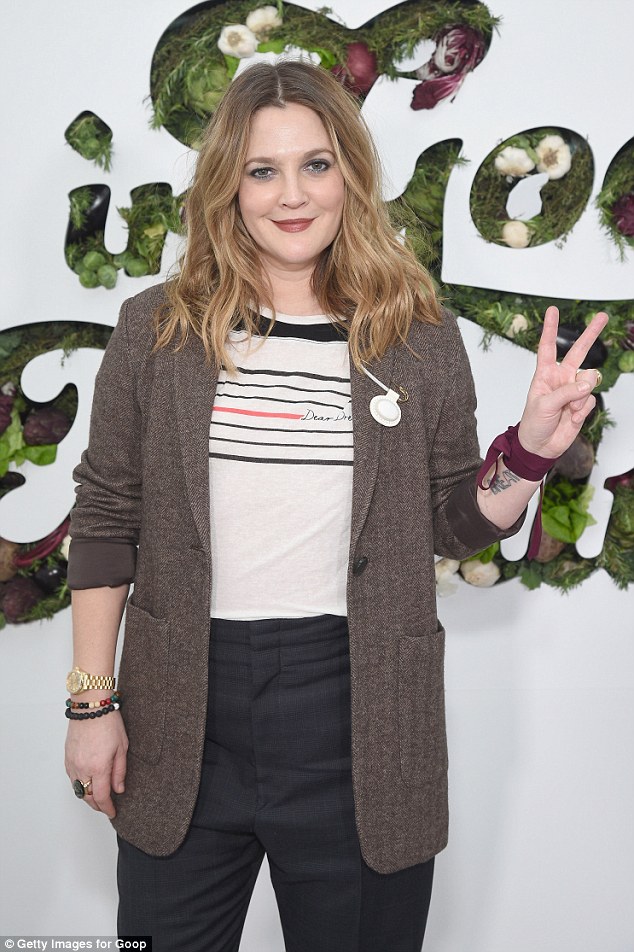 As she is now: Like Kim, Drew now rocks a thicker eyebrow, and has her own make-up brand 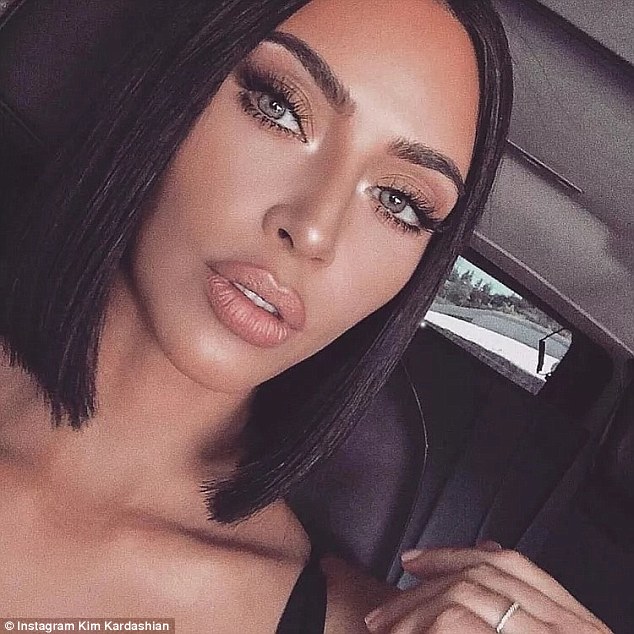 Poser: Kim now has her eyebrows shaped by Anastasia

She wrote: ‘Tell Kim to show us that look on a make-up tutorial pls.’

Kim replied: ‘I look horrendous! I was obsessed with Drew Barrymore and her thin eyebrows! And I discovered glitter bronze shadow.’

Anastasia previously revealed how the star gets her signature eyebrows, explaining how after prepping the brows, she uses eye cream and foundation to define their shape – and Kim divulged that her eyebrows are now a key part of her beauty routine.

She said: ‘Getting my brows done is not only a major part of my makeup routine, but it’s also like a little therapy session. Anastasia will come to my house pretty much whenever, put her light on her head and go to work.’