Brother of NRL star who swindled $5,000 in flood relief payments and bragged about having ‘the gift of the gab’ learns his fate after he was caught

The brother of former NRL star Josh Reynolds has bragged about committing flood relief fraud after claiming he has the ‘gift of the gab’.

Drew Reynolds, 30, swindling $5000 in disaster relief payments by impersonating his friends and family to make claims on houses he wasn’t at or weren’t damaged by the floods.

He made five fraudulent Centrelink claims impersonating family and friends – with his two friends, Aaron and William Sowter, also sentenced for their role in the scam.

Drew Reynolds, 30, impersonated his friends and family claiming on houses he wasn’t at or weren’t damaged by the floods, swindling $5,000 in disaster relief payments

Reynolds told his friend and one co-offender, ‘Lucky I’ve got the gift of the gab, son,’ and ‘100 per cent success rate LOL’, reported The Daily Telegraph.

He profited $3,000 from his own claims and split the $1000 from the two other claims with his co-offenders.

The police fact sheet stated between April 10 and April 19, 2021, Reynolds made the first three claims, each time receiving a $1,000 relief payment.

He claimed on a Belmore house he no longer lived in as well as pretending he was both his father and one of his brothers in order to claim on property in Long Jetty – nominating his own personal bank account to receive the funds.

After the funds landed in his account on each occasion he bragged to his friend Aaron Sowter: ‘100 per cent success rate, LOL’.

Reynolds made claims on behalf of co-offenders Aaron and William Sowter, telling Aaron, ‘I’ll do it for you, (then we go) halfsies.’ 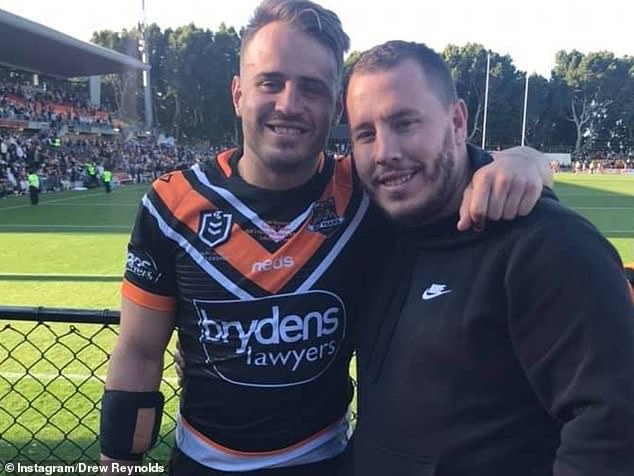 Reynolds was fined $5,000 and handed a nine-month community corrections order.

Aaron and William Sowter were both convicted of one count of receiving financial advantage from a Commonwealth entity.

Aaron was given a $2,500 fine while William received a $2,000 fine and a nine-month community corrections order.