Drink-drivers in France are to have a breathalyser fitted to their cars to prevent the engine starting if they are over the limit.

An executive order produced on Wednesday will give those at risk of losing their licence the option to have the gizmo fitted to their ignition switch.

The government hopes the new rule will make offenders less likely to break the law again.

Some 600,000 drivers in France do so without a permit, either because they have not taken a test or because it has been removed, The Times reported.

The new bill is aimed at helping people to keep their jobs if they are done for driving over the limit.

The legal limit in France is slightly lower than it is in England and Wales, at 0.5 grams of alcohol per litre of blood. 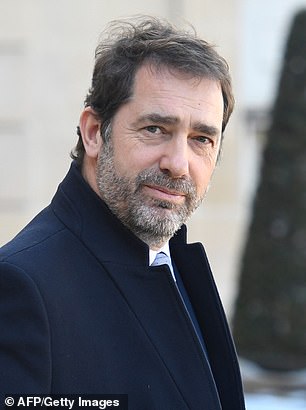 The proposal announced by the interior minister Christophe Castaner will allow for drivers caught with 0.8 grams to 1.8 grams to take part in the breathalyser scheme for six months.

But those hoping they can start the car with the help of a sober friend will face difficulties as the device require the driver to blow a second time at a random interval on their journey.

The device will cost the driver £1,100 or £85 per month to have fitted to their ignition, Euronews reported.

Mr Castaner’s act comes into effect as fatal car accidents have surged after a steady decrease since the 1970s.

‘This measure, which is particularly useful for those who use their cars every day, notably to go to work, makes [motorists] more responsible . . . which gives it its efficiency,’ The Times quoted the minister as saying.

The French governement has come under fire from motorists in recent months with its measures to improve road safety.

They controversially lowered the top speed limit from 90kmh (55mph) to 80kmh (50mph).