This is the moment a foolish motorist is caught making a risky overtake on an ending inside lane – only to be pursued by a highway patrol car just moments later.

Dashcam footage posted online shows the driver of a white Mitsubishi Evo travelling along the middle lane of Princes Highway in Nowra, on the NSW South Coast.

The video divided viewers over whether the officer created more danger than he saved. 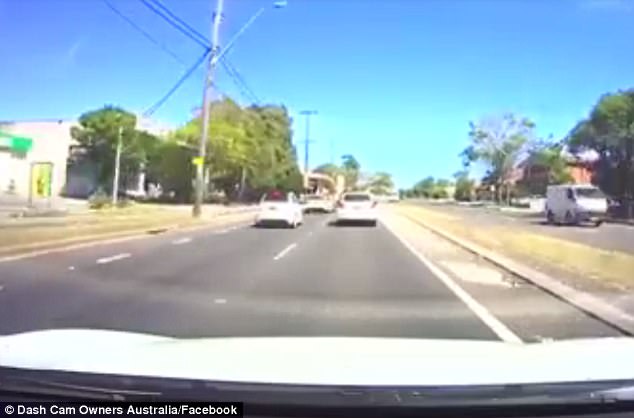 After pulling ahead of the Evo for only a moment, the vehicle is caught suddenly appearing again in the left of frame.

Accelerating quickly, the white Evo races forward and suddenly swerves into the far left lane, which dissipates in just metres as the three lanes merge into two.

The motorist luckily makes it through the gap, and speeds away, however a police patrol on the opposite side of the highway catches the entire stunt.

An officer, who was in a turning lane, approaches the median and conducts a U-turn, pulling in front of the car filming.

Social media users who viewed the video were quick to notice the danger the police officer put the oncoming traffic in.

‘Love the way the police pulling out in front of traffic from behind a truck to chase someone speeding almost causes a crash,’ said one commenter.

‘How that cop car didn’t end up getting t-boned is lotto luck. Those officers should’ve gone straight to NSW lotteries for a Thursday night punt,’ another said. 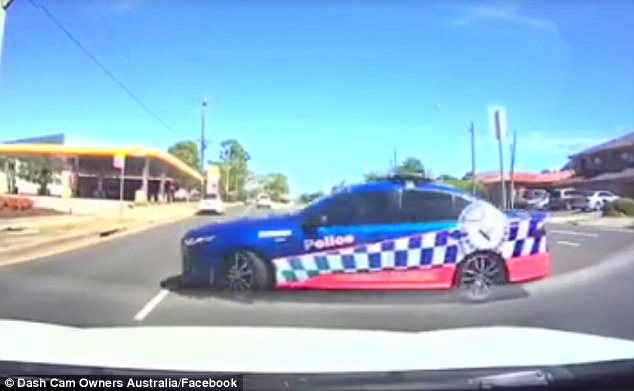 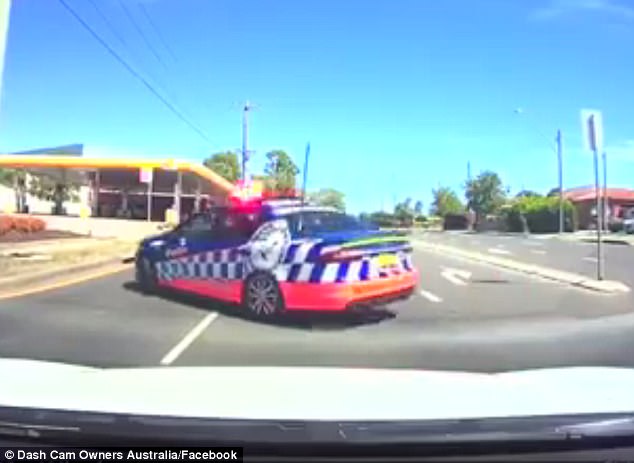 ‘Cops almost cause a crash trying to be heroes…slow clap for them,’ one person joked.

One person claimed it was motorists like the person behind the wheel of the evo that were giving sport car drivers a bad name.

‘Nice job cops almost causing a collision by cutting half a lane.. the truck don’t stop like cars too! Very lucky.. hope the Evo was caught. Driving like that is stupid AF and gives all us sport car drivers a bad name!’