A father-of-three who was behind the wheel of a truck which took out a power pole in north-west Sydney denies he abandoned the crash scene.

Charbel Daoub was driving on Victoria Road in West Ryde around 2am on Sunday morning when he smashed through a bus stop and flattened a fence before his vehicle came to stop after knocking down the pole.

His accident left homes in the area without electricity for most of the day as the clean-up operation begun but has since been restored.

Police have since claimed the driver fled the scene in a dark-coloured hatchback however the Pemble Hills man says that wasn’t the case.

‘After the collision, I managed to get out of the truck. Several people assisted me on the scene to help control the bleeding,’ Mr Daoub told 9 News.

‘I was told an ambulance was called but I was waiting for a while in agony with excessive bleeding.’

He says he declined many offers from witnesses who wanted to take him to get help but eventually was taken to the Royal North Shore Hospital where he was treated for minor injuries, 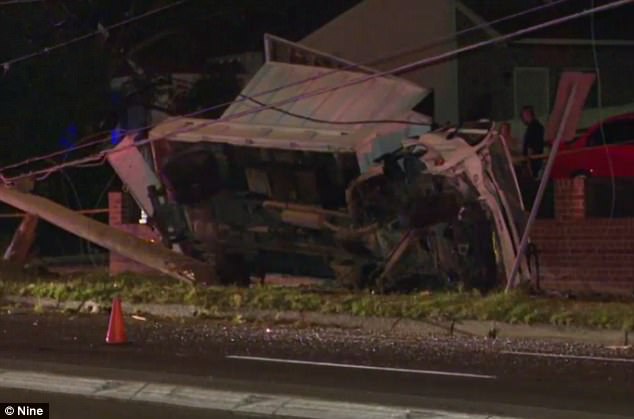 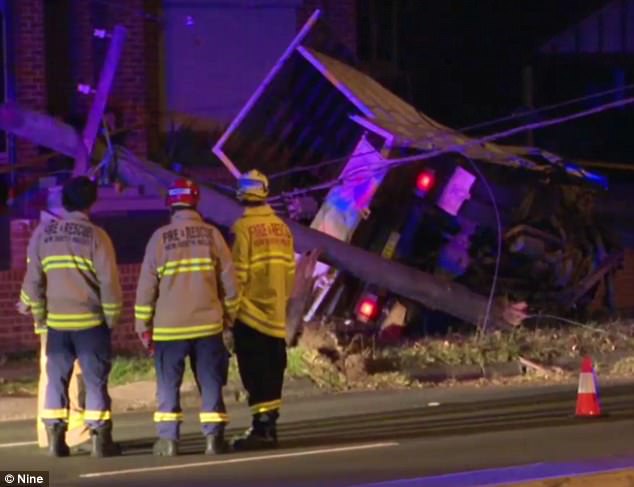 Mr Daoub claims police were notified and told that he had not abandoned the scene.

‘I was taken to seek medical attention and have discussed the matter with Granville police,’ he said.

Police however understand when Mr Daoub did attend the hospital he had told medical staff his injuries had been caused by a baseball bat.

A witness told 9News Mr Daoub was bleeding from his head and looked for his phone before a car came which he left in.