Driver dies in fiery crash after car flies from a bridge

The driver of a speeding car being chased by Houston police has been killed after his car caught fire, hit a highway wall, flew over a bridge, crashed into a bayou and then exploded.

Police say the driver, who may have been intoxicated, sped through traffic signals and stop signs and ran other cars off the road during the 8-mile-long chase Tuesday night.

After the fiery crash, police waded into the waist-deep water of the bayou to try to rescue the driver but the car blew up.

Inferno: This video frame shows a man’s car on fire in a Houston bayou after a high-speed police chase on Tuesday night 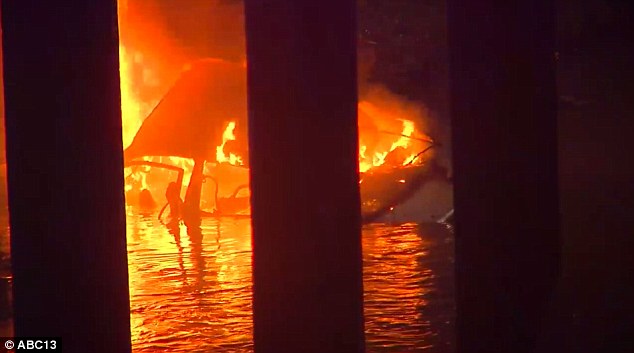 Police say the driver, who may have been intoxicated, sped through traffic signals and stop signs and ran other cars off the road during the 8-mile-long chase 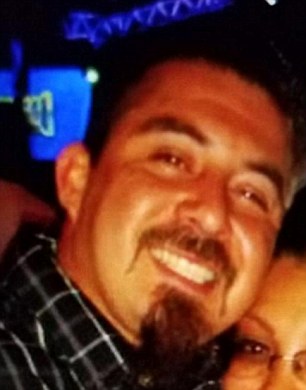 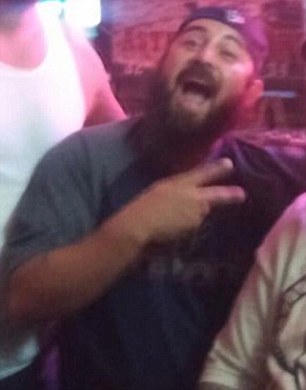 Deceased: Family members identified the motorist as Amado Vidaurri, 33. He is survived by a 15-year-old daughter 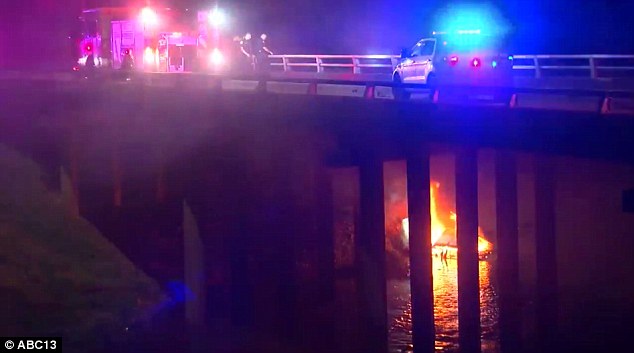 Vidaurri’s car hit a highway wall, flew over a bridge, crashed into Halls Bayou and then blew up

According to police, the incident began unfolding at 11.20pm on Tuesday when an officer saw a driver speeding on Parker Road, reported KTRK.

The cop tried to pull the vehicle over, but Vidaurri accelerated to over 80mph and proceeded to run red lights and stop signs.

As he approached a curve on the road near Halls Bayou, Vidaurri smashed into as concrete wall. The impact launched the vehicle 15 feet in the air and it burst into flames. 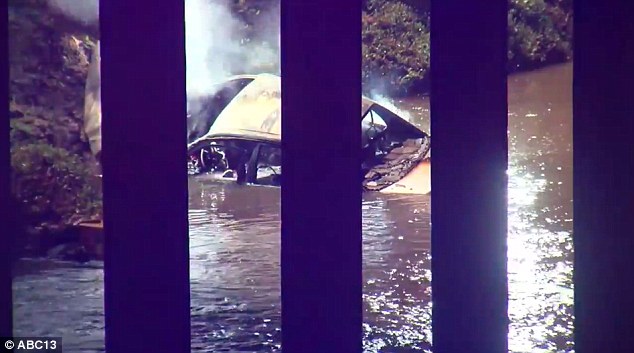 A police officer waded into the water and attempted to rescue the motorist, but then his gas tank exploded and the vehicle became incinerated 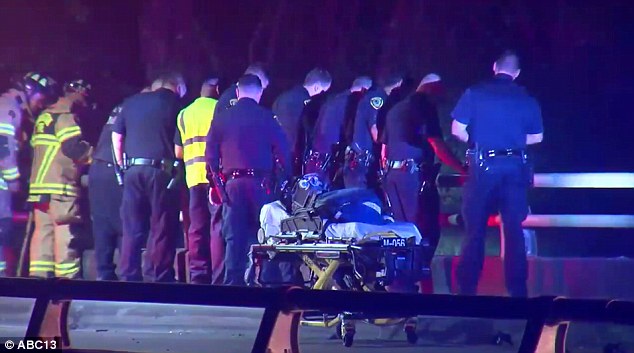 The burning vehicle then landed in the water, where its gas tank exploded before an officer had a chance to try and rescue the driver. Vidaurri was pronounced dead at the scene.

The police pursuit covered a distance of 8 miles and lasted just five minutes.

The man’s sister told KPRC that he had just left her house when police began chasing him. She said her brother did not like cops and was not going to stop for them.

As he was being chased by police, he called his girlfriend.

Vidaurri leaves behind a 15-year-old daughter.