An aggressive turkey saved a driver from getting a speeding ticket after chasing off the police officer.

Footage from a body camera shows the Livermore police officer approach the car on the side of the road in California on Monday 25.

The officer tells the driver in the white car: ‘I stopped you for your speed right over here.’ 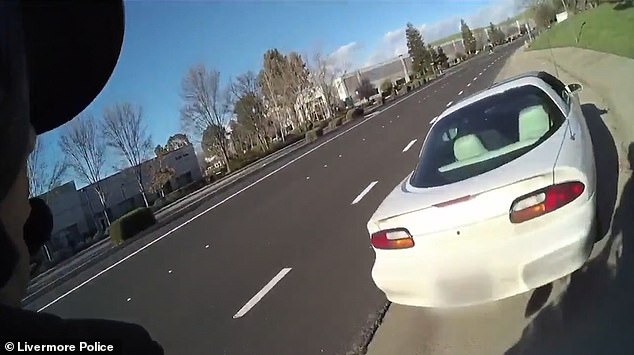 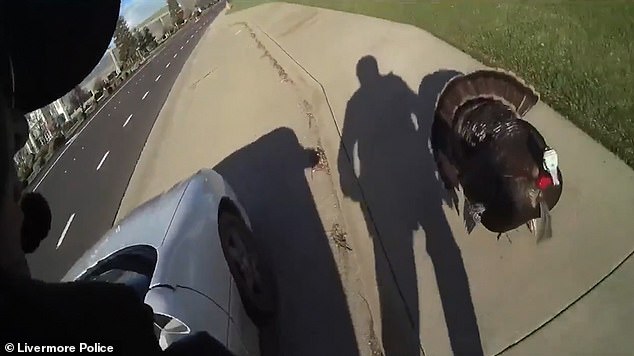 But as the officer starts to write the speeding ticket, the turkey can be heard gobbling and patrolling the sidewalk.

And when the officer attempts to talk to the driver the turkey follows him to the car.

The officer starts to laugh as the turkey then flaps its wings preventing him from issuing a parking ticket.

He tells the driver: ‘He doesn’t want you to get a ticket.’ 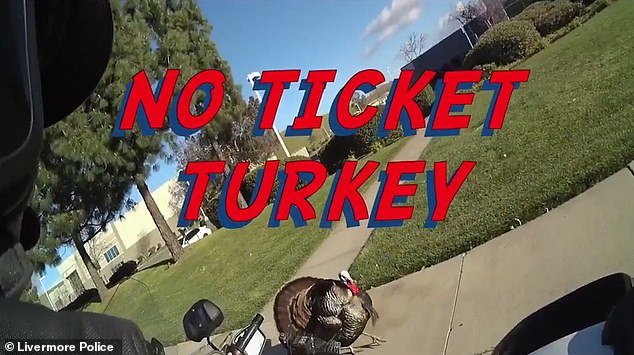 Livermore police tweeted the hilarious footage and dubbed the bird: ‘No Ticket Turkey’ on social media

But even when the police officer tries to get back on his motorbike, the turkey is persistent in getting in the way.

The car can be seen driving off as the turkey remains standing in front of the motorbike.

Fortunately for the driver the officer allowed him to be let off without warning.