A Florida man was videoed on his own dashcam as he fired a shotgun through his the windshield of his car at a fellow driver.

The man behind the wheel, Marco Mazzetta, posted the video to YouTube claiming he was trying to defend himself after he believing he was in danger of being shot himself.

Mazzetta, who was driving along a highway in Orange County near Orlando said he only pulled his gun out after another driver, who was also caught on camera, began shooting at him first.

A man was caught on camera shooting through his own windshield at another driver on a busy highway near Orlando, Florida 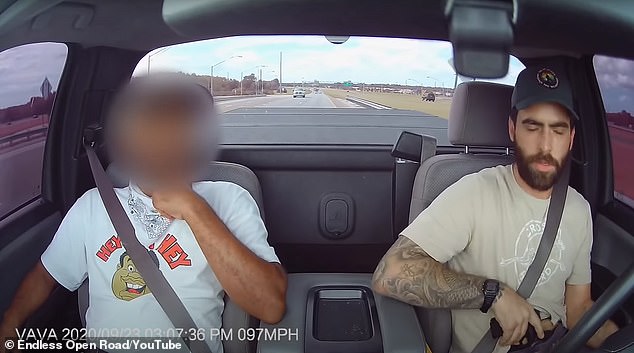 Driver, Marco Mazzetta, posted the video on YouTube claiming he was simply trying to defend himself 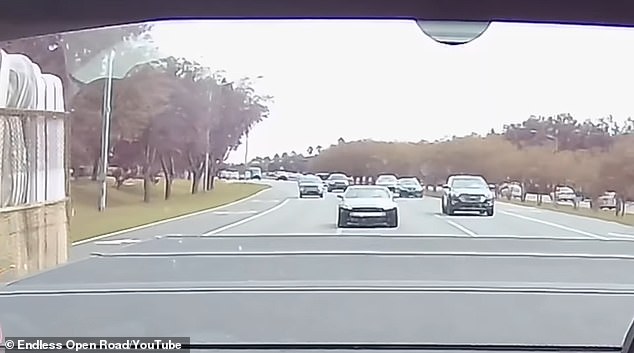 Footage shows another driver coming up close behind Mazzetta’s truck

Dashcam video shows the other driver’s car driving aggressively and at one point passing extremely close to Mazzetta’s truck.

Mazzetta then tapped his breaks causing the other car to bump into him from behind before speeding around him.

Shortly afterwards, the second car can be seen to slow down before the driver pulled a gun out and pointed it at him through the window.

It prompted Mazzetta to take his own gun out and fired through his own front window, fearing he might be shot. 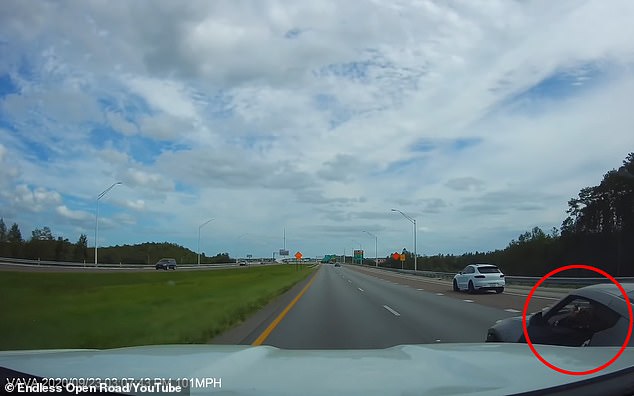 The man said he opened fire because the other driver flashed a gun at him first, circled 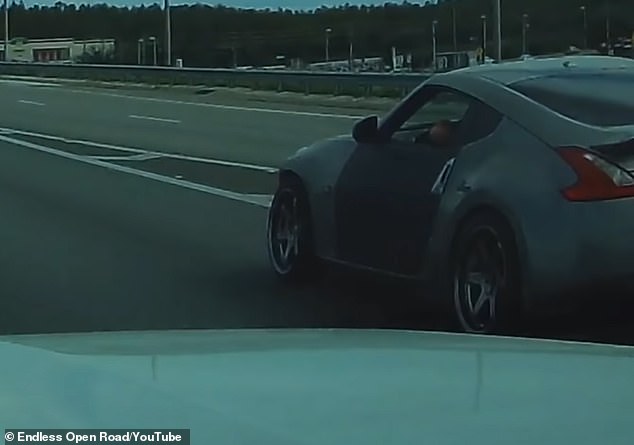 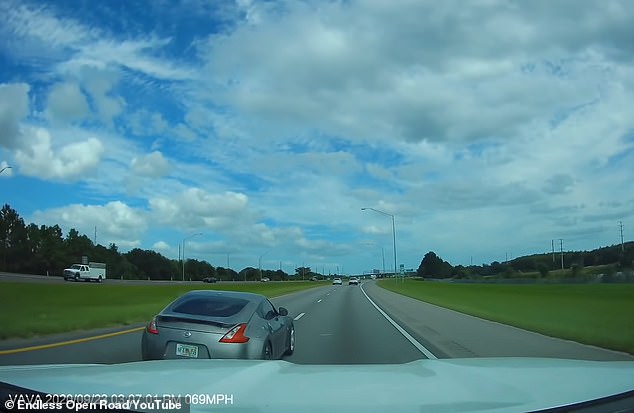 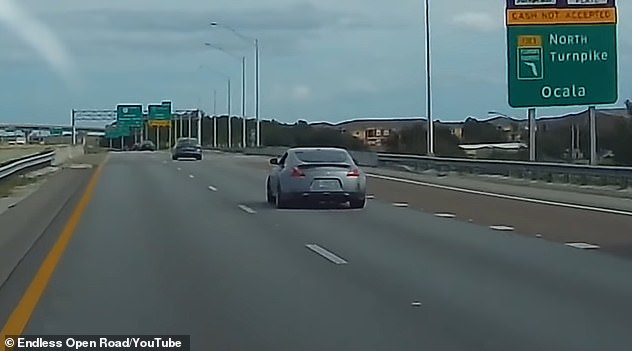 The other driver who held a shotgun out of the window ended up speeding away. Mazzetta later reported the incident to the police

Mazzetta told WESH 2, ‘I’m not a fan of guns; I’m a fan of not getting shot. I know this video doesn’t capture my smartest moments but I hope any idiot criminal with a gun watching thinks twice before loading, brandishing & aiming their firearm at someone over a traffic infraction.’

Florida Highway Patrol has said that it shows how dangerous it is to argue with other drivers on the highway.

‘You don’t know the mindset of the other driver that you might get involved in some kind of situation. A lot of people carry weapons in their cars. This could have really escalated to somebody getting shot, somebody getting killed,’ Florida Highway Patrol’s Kim Montes said.