Someone’s in for a grilling! Driver loses bumper after trying seriously daft overtaking move to pass a truck on a narrow mountain road

A car trying to overtake a lorry on a narrow mountain road failed spectacularly when its front grille fell off after it hit the side of the enormous vehicle.

Footage shows the red HGV heading round a bend on a quiet stretch of road in China while the white 4×4 accelerates to its left as it tries to pass.

Seconds later, the car veers to the right in an appalling misjudgement and collides with one of the truck’s huge front wheels. 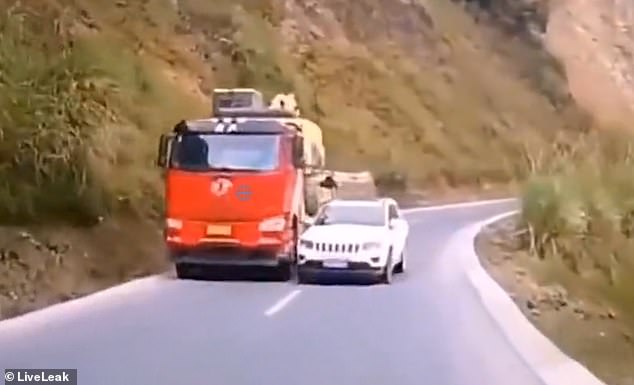 In a terrible miscalculation, the 4×4 veers towards the right and ends up colliding with one of the lorry’s enormous wheels 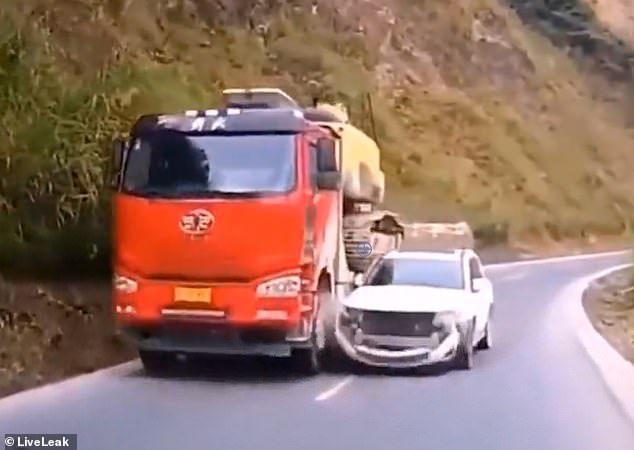 The second the car hits the wheel, its front grille drops off, and both vehicles come to a halt

As soon as they make contact, the SUV’s bumper falls off in a comic fashion, along with a wing mirror, and both vehicles come to a stop.

The lorry, a Chinese state-owned Faw truck which was transporting earth-moving machinery at the time, did not appear badly damaged – unlike the car.

It is not known if anyone was injured during the accident.

The clip, which was posted on LiveLeak yesterday, has so far garnered more than 55,000 views. 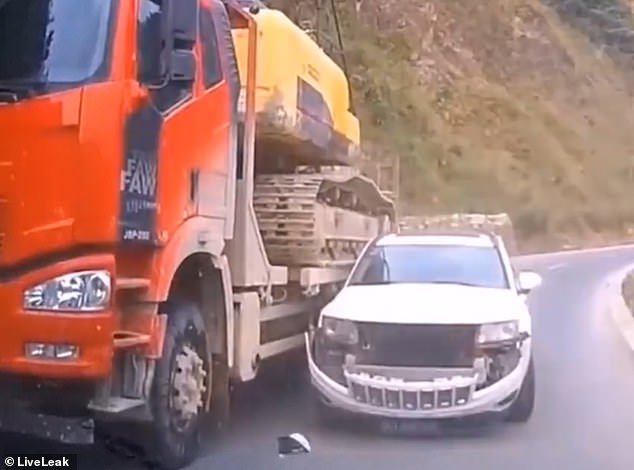 The lorry, a Chinese state-owned Faw truck which was transporting earth-moving equipment, did not appear badly damaged – unlike the car, which also lost a wing mirror