This blogger told his friends he was taking his new girlfriend for a ride only to roll down his back windows to reveal a huge tigress.

Khizri Zapirov, a Russian prankster famous for his previous social media stunts, took the stunning tigress for a ride in his 4WD X Class.

Some of Mr Zapirov’s friends pull along side the car to ask him what he is doing so which he replies ‘taking my girlfriend for a ride’.

His friend asks him: ‘Is she pretty?’

Mr Zapirov casually lowers the rear window and says: ‘Look for yourself! Do you like my pussy cat?’

His friends seem very amused by the sight and laugh hysterically as the tiger contently stares out of the window.

One shouts: ‘Yeah, she is interesting, all right! Let us have a ride!’

The video, which has now been viewed 1.3 million times, was uploaded on Mr Zapirov’s social media account with the title ‘Khiza knows how to deal with pussies’.

Mr Zapirov’s previous students include taking a huge brown bear for a ride in the front passenger seat of his car.

In the clip – shot in an unidentified location in Russia – he tells the cameraman that the bear is called Mishanya.

He hugs the bear then encourages the cameraman to go around the other side of the car to film Mishyana’s face. 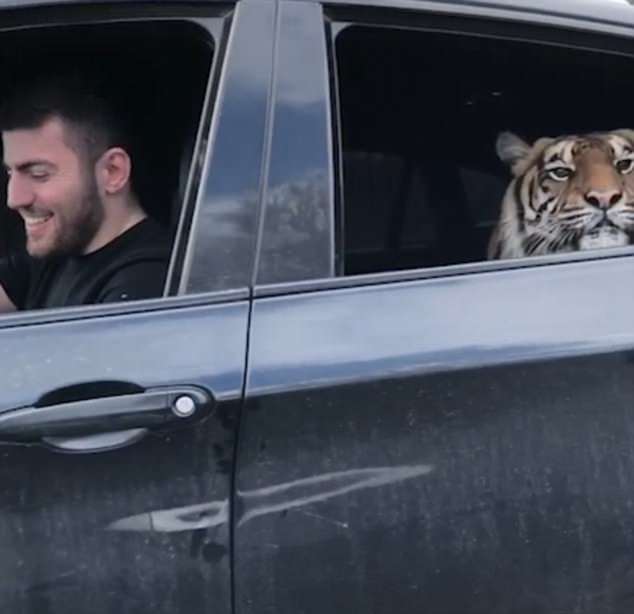 The film shows the bear licking the remnants of a snack off a giant paw as the driver suddenly roars away in his white Mercedes hatchback.

Astonished social media watchers at the time told the blogger he was nuts for getting into a car with a bear.

One – named as ‘lerusya_wildcherry’ – asked: ‘What if this bear had continued its lunch by eating you?’ 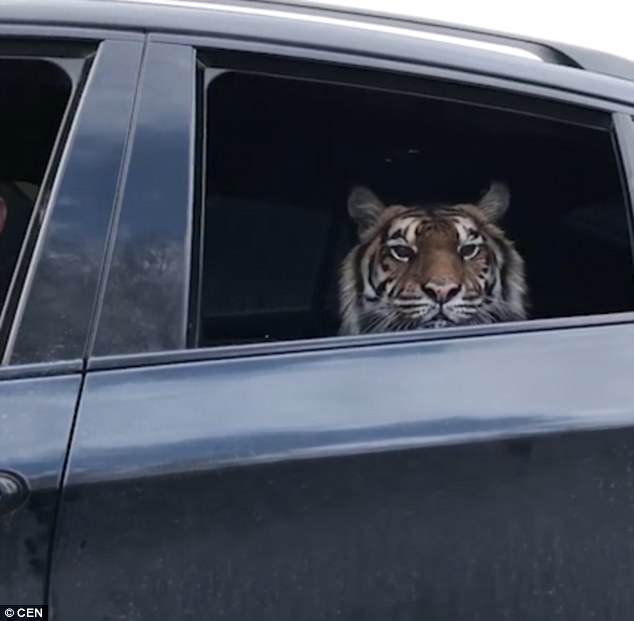