The driver of the New Jersey school bus that crashed with a dump truck, killing a fifth-grader and a teacher, has been charged with death by auto.

Hudy Muldrow Sr, 77, was charged with two counts of death by auto on Thursday in the May 17 crash after he made a sharp illegal U-turn on Interstate 80, according to CBS.

The charges come two days after the state Motor Vehicle Commission revealed that Muldrow, from Woodland Park, had his license suspended 14 times between 1975 and 2017, mostly for administrative reasons.

Hudy Muldrow Sr, 77, the driver of the New Jersey school bus crash last week, has been charged with two counts of death by auto for the crash that killed a girl, 10, and a teacher 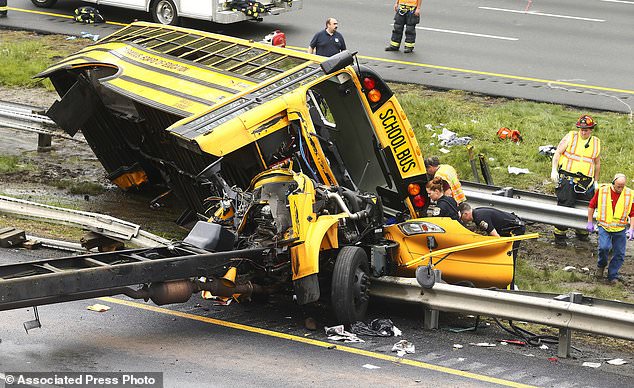 Emergency personnel examine a school bus after it collided with a dump truck, injuring multiple people, on Interstate 80 in Mount Olive, New Jersey, on Thursday 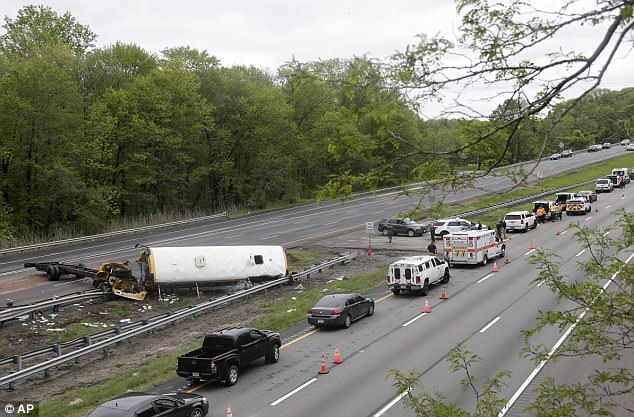 He also had eight speeding violations between 1975 and 2001.

At the time of the crash last Thursday, he had valid driving privileges, a valid commercial driver’s license and a valid school bus endorsement.

State police said that Muldrow will be taken to Morris County Jail before a Superior Court judge appearance on Friday which will determine if he should be released on bail or remain in custody, according to the Daily Record.

An affidavit also confirmed earlier reports that Muldrow attempted to access an official-use-only cutaway on the highway between the east and westbound lanes of Route 80, where he was struck by the dump truck.

The crash killed 10-year-old Miranda Vargas and 51-year-old teacher Jennifer Williamson Kennedy. There were 43 people on board the bus bound for a field trip at Waterloo Village.

On Thursday a funeral was held for Williamson Kennedy.

The procession headed to Our Lady of Visitation Church in Paramus, New Jersey as crowds gathered to honor the teacher who taught at East Brook Middle School for two decades. 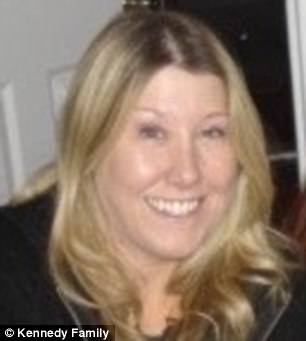 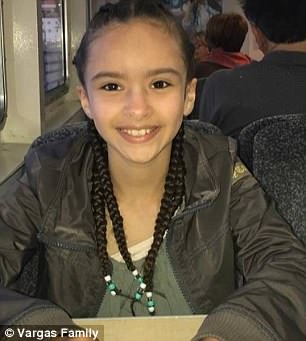 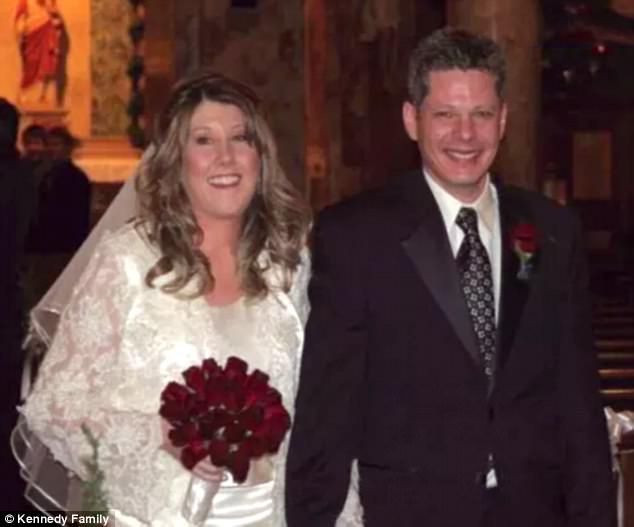 On Thursday a funeral was held for Williamson Kennedy, pictured on her wedding day, at Our Lady of Visitation Church in Paramus, New Jersey 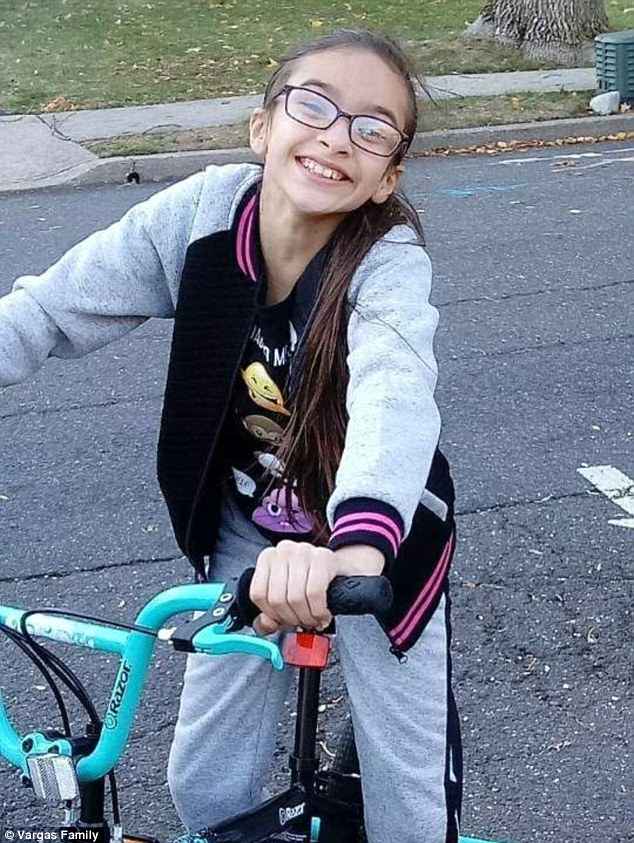 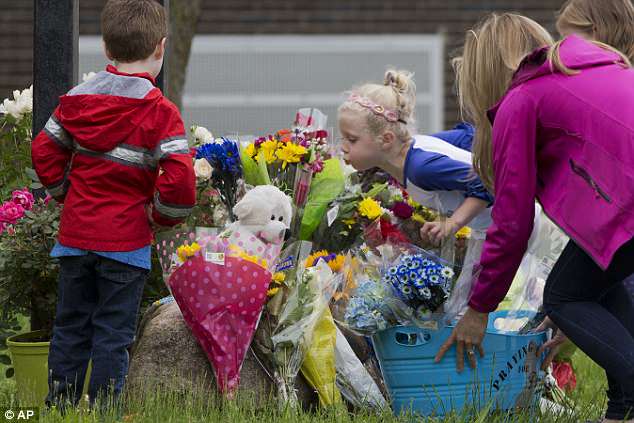 A girl leans over bouquets of flowers to blow a kiss at a memorial for Vargas and Williamson-Kennedy in front of East Brook Middle School on Friday in Paramus, New Jersey

‘It’s really hard to accept that she’s gone. She loved all of her students. She was nice to everyone. She really helped other students,’ a seventh grader named Sophia said on the dedicated teacher to CBS.

Three days earlier, a funeral for Vargas was held at Marrocco Memorial Chapel in Clifton.

Earlier in the week a video shown to a NJ.com reporter allegedly showed the moment before the bus collided with the dump truck, revealing the school bus merged onto Interstate 80 and then turned sharply toward an illegal U-turn area.

NJ.com reports the department of transportation video its reporter viewed shows the bus merging from Route 206 onto Interstate 80 before turning at a nearly perpendicular angle toward a crossover area.

Police use the area for turnarounds but civilian turns aren’t allowed.

Police declined to comment on the video, which hasn’t been publicly released. Morris County prosecutors didn’t immediately respond to questions about it.

An investigation into the crash is ongoing. 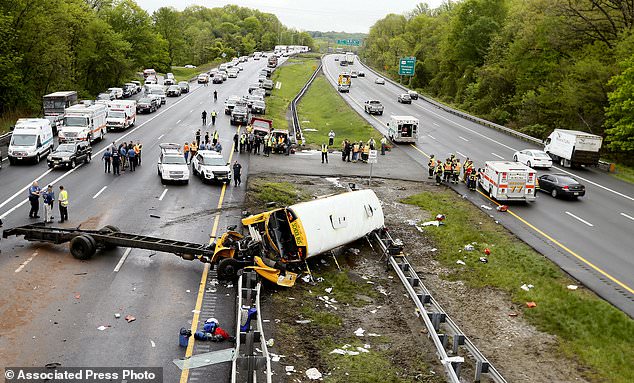 Ten-year-old Miranda Vargas and teacher Jennifer Williamson died when the bus collided with a dump truck. 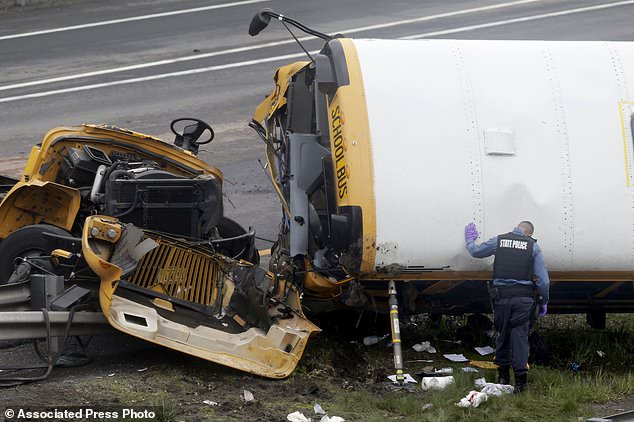