Driver rams into two babies in pushchairs in Russia

Two babies are in hospital with head injuries after a driver rammed into their pushchairs in Russia.

CCTV footage shows two mums with pushchairs chatting in the middle of a quiet road in Vladivostok, a city in south-eastern Russia.

A silver Honda is seen driving at low speed straight towards them. It fails to stop and hits both mums and their buggies.

One of the mums is knocked down and the two buggies are toppled over.

The children, who have not been named but are both around 18-months-old, were immediately taken to a nearby hospital.

One is said to have a concussion and the other with a mild brain contusion. Both are still receiving treatment.

The unidentified driver was pulling out of a shopping centre at the time of the incident.

He is said to have been sober at the time and a 33-year-old with 15 years of driving experience. 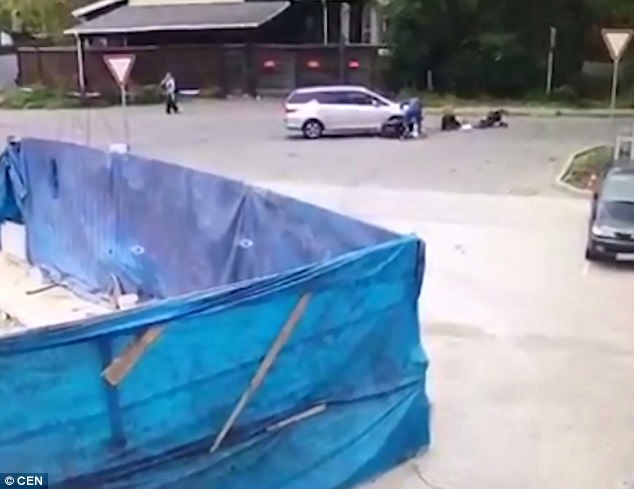 He previously had two tickets – one for driving, the other for failing to follow road signs. Both occurred in the past year.

Police are still investigating but local media reports it is likely that the driver will end up with an ‘administrative punishment’ – a fine, driving ban or community service.