Driver rolls his SUV in Russia

Where did THAT come from? SUV flips as it ploughs into huge mound of earth from roadworks and smashes into an oncoming car ‘after drivers ignored road closure signs’

This is the shocking moment a Russian motorists narrowly avoids serious injury after a car driving along the opposite lane is shot into the air after striking a mound of earth.

The incident, which happened in the Novgorod Oblast, saw the SUV launched into a barrel roll.

The driver had ignored signs that the road had been closed and decided to drive at speed despite the possible danger. 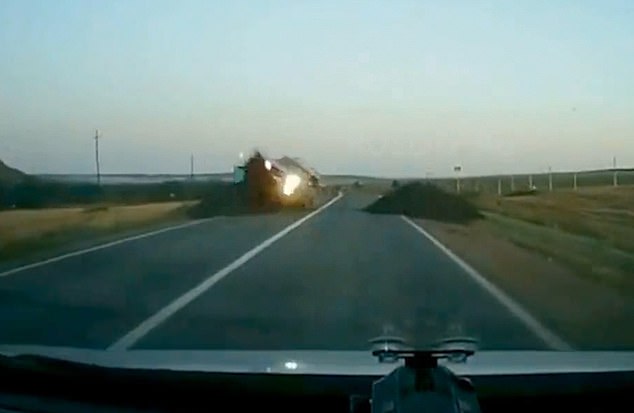 The footage was filmed in a dashcam mounted to a car heading in the opposite direction.

The film shows the SUV spin  in the air after it hits the mound and is forced into the path of the oncoming vehicle.

The driver of the second vehicle is unable to avoid the out-of-control SUV which slams into its side and breaking its windscreen.

The footage was posted on LiveLeak and it is unknown whether either of the drivers or passengers were injured in the smash. 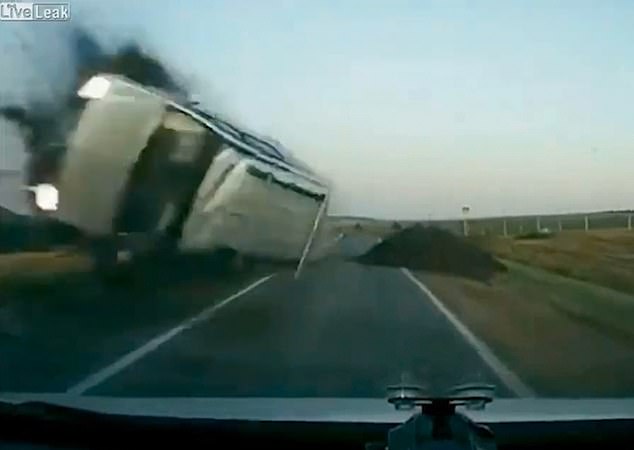 Unfortunately for the other driver, the SUV is propelled at speed to their lane 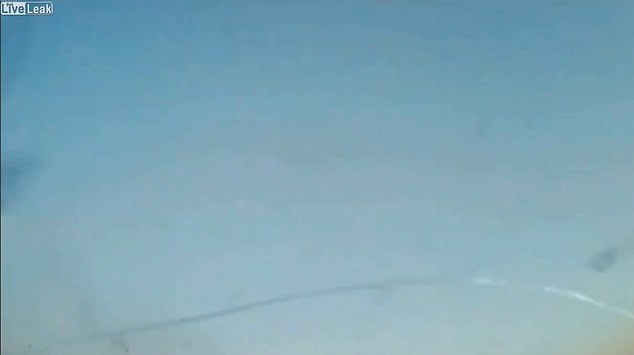