The terrifying moment a driver tried to force another car off the road on a busy Melbourne motorway has been caught on camera.

The motorist of the four-wheel drive, which switched to the middle lane, was intercepted again by the Holden sedan.

The Mercedes-Benz SUV appeared to speed up to the black car and nearly forced it off the highway on to the emergency lane.

The driver of the Holden was captured yelling at the SUV driver and pointed their arms outside the window.

The Mercedes-Benz SUV then made a second attempt to ram the car off the highway, nearly forcing a terrifying collision.

A parent was driving their kids home from school when the incident was captured.

‘I was driving to get my kids from school and witnessed some road rage that almost resulted in a huge accident,’ they said. 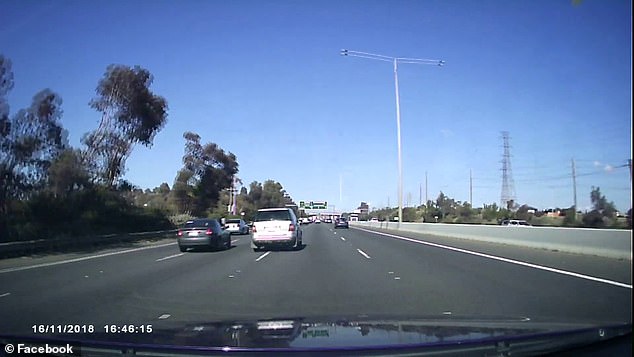 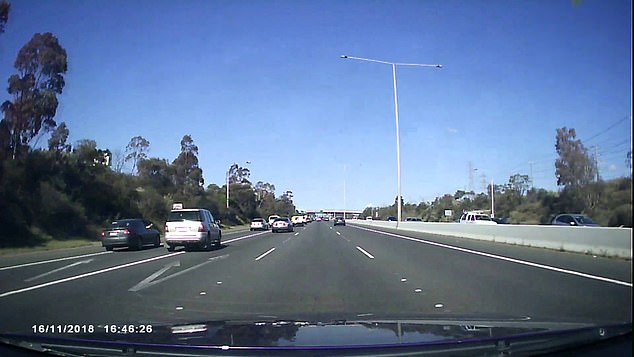 ‘I applaud their healthy release of anger. So much better than keeping it bottled up,’ one user wrote.

A Victoria Police spokesperson told Daily Mail Australia no arrests have been made in relation to the road rage.

Police are investigating the incident.