The bus driver who unknowingly left a five-year-old girl sleeping on the back seat has been sacked after 50 years on the job.

Ross Belsham believed he was made the scapegoat for the debacle that saw Alyssa New left in the bus for five hours after school on January 22.

The little girl was found by other drivers at the Logan Village Depot when she started banging on the windows about 7.30pm after she woke up.

Ross Belsham, the bus driver who unknowlingly left a five-year-old girl sleeping on the back seat, has been sacked after 50 years on the job 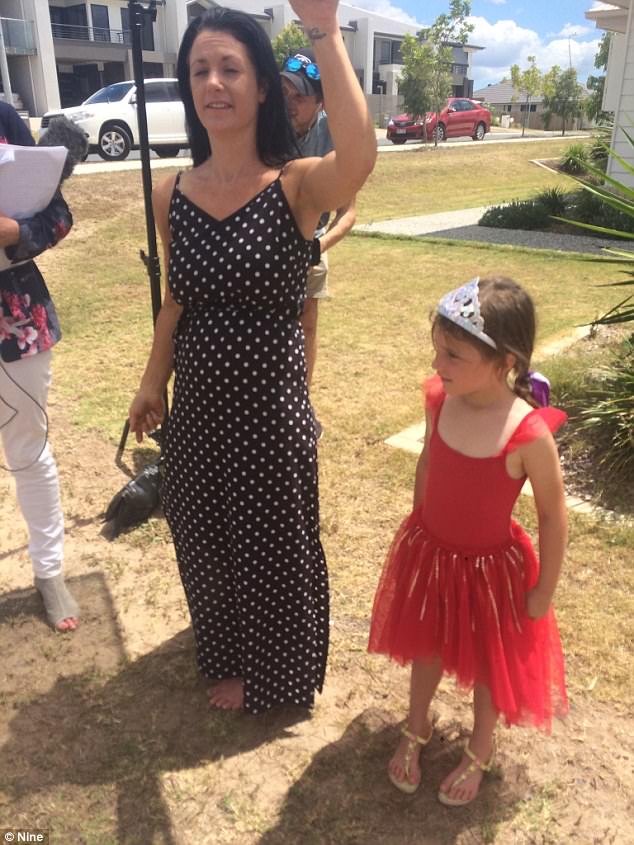 Her terrified mother Bobbie Langdon called authorities at 3.15pm when her daughter never returned from Jimboomba State School that day.

The 79-year-old driver said the incident was the failing of multiple people and he didn’t deserve to take the fall for everyone involved.

‘I’ve lost my job and I don’t think I’ve had a fair run. That’s the end of my life, unless somebody out there wants to give me a job,’ he told 9 News. 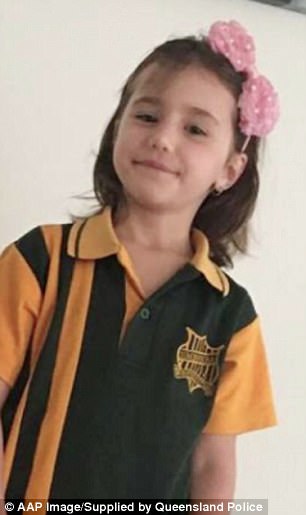 Alyssa Jayde New, 5, was trapped for five hours before she was found inside the bus

Mr Belsham said problems began where there were no teachers at the bus stop to act as bus monitors when he arrived, as required by the school.

He did his check for lost belongings and rubbish, then went to search for teachers to help the students board the bus.

‘I got out of the bus, went to the back to look and there was nobody there. There was nobody at the gate, no teachers, nobody walking down. Nobody,’ he said.

Alyssa likely snuck on the bus while Mr Belsham was helping the unaccompanied students and fell asleep.

The veteran driver returned with four students and was unaware he had a fifth up the back when he got behind the wheel and started driving.

He said Alyssa’s mother wasn’t at the Yarrabilba bus stop where she usually got off.

Ms Langdon claimed she was at the bus stop but multiple sources contradicted this claim, and she refused to comment to 9 News on Wednesday.

‘If she was I would’ve stopped. I would’ve wondered what she was doing there and thought where’s Alyssa and naturally stopped. That would’ve been the end of that,’ Mr Belsham said. 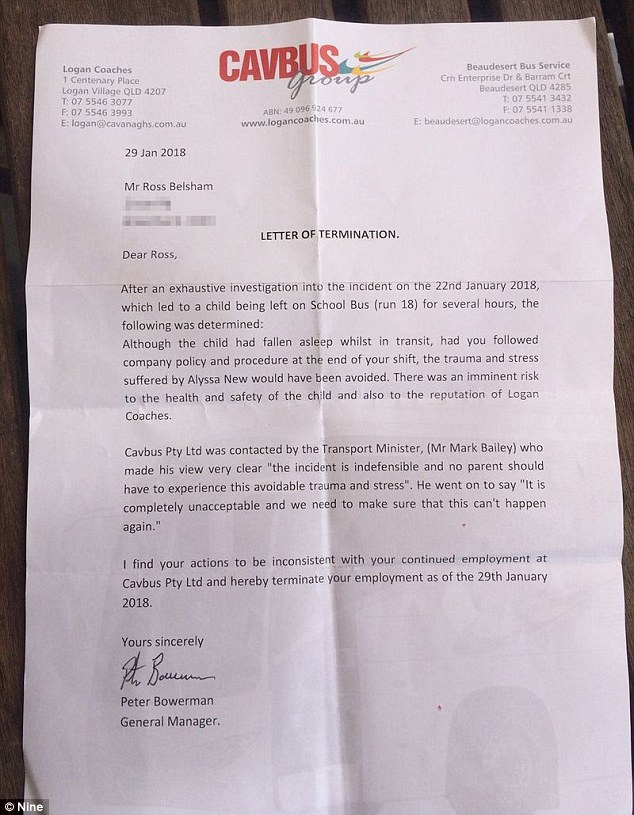 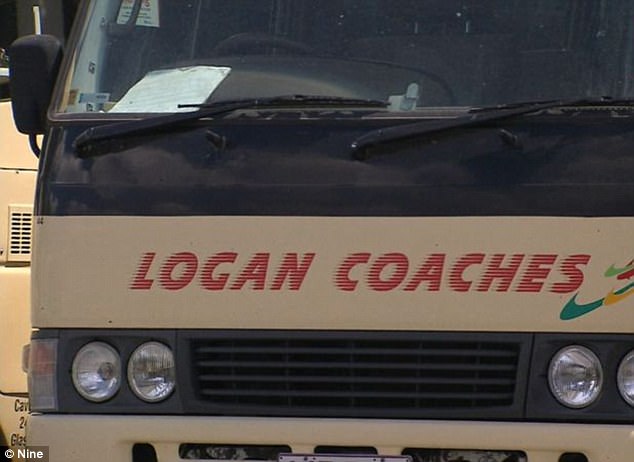 Mr Belsham was suspended and submitted an incident report as part of Logan Coach’s investigation, and on Tuesday was sacked 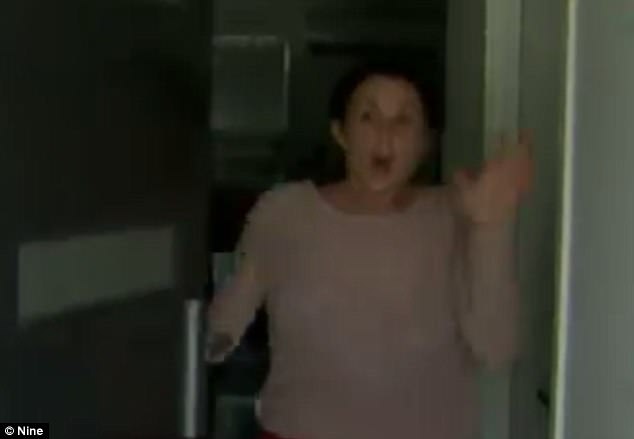 After the four children left the bus, Mr Belsham returned to the depot but didn’t check the back of the bus because he’d already done it.

‘I did sweep the bus. It’s not that I didn’t do, I didn’t go back because I’d already done it,’ he said of the error that cost him his job.

Though Ms Langdon’s panicked call raised the alarm with Logan Coaches, no one checked the buses and Alyssa stayed there until she woke up.

Mr Belsham was suspended and submitted an incident report as part of his employer’s investigation, and on Tuesday was sacked.

‘Had you followed company policy and procedure at the end of your shift, the trauma and stress suffered by Alyssa New would have been avoided,’ CavBus general manager Peter Bowerman wrote in the termination letter.

‘The incident is indefensible and noa parent should have to experience this avoidable trauma and stress,’ it quoted Mr Bailey saying.

‘It’s completely unacceptable and we need to make sure that this can’t happen again.’ 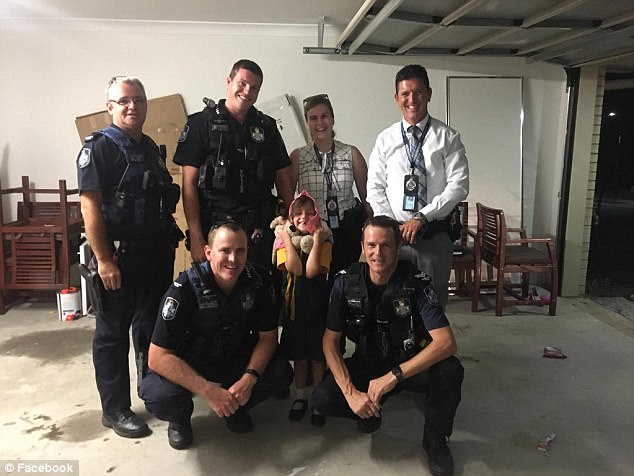 Logan Coaches refused to comment on Mr Belsham’s sacking or any of the circumstances and contributing factors around the incident.

The driver acknowledged he made a mistake and needed to be reprimanded, but felt a sacking was over the top.

‘A suspension… that’s all it deserves. There was no sacking in it,’ he said.

Being sacked left him with no income and he feared for his future and that of his 78-year-old wife who has medical problems.