Whether men or women make better drivers has has long been a hotly-debated topic.

While the latter historically take more jibes about their skills behind the wheel, studies have shown that female drivers are far less likely to commit driving offences.

But with driverless cars getting closer to reality, engineers are looking closely at all factors that affect their safety.

A new study from Newcastle University has revealed that autonomous vehicles may need to be fitted with gender-specific settings – as women are better at using them than men.

Their research found that females were better at taking back control of the vehicle when required to respond to a hazard.

This is because they exhibited faster reaction times, were less hasty, and had better steering wheel control.

The Newcastle University researched asked 33 female and 43 male drivers to get behind the wheel of their DriveLAB simulator, which recreates the controls of Level 3 driverless vehicle 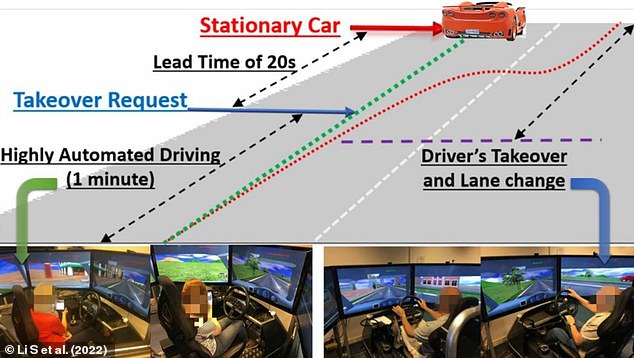 The study participants were asked to read aloud from an iPad while in the driver’s seat of the simulator. After one minute, the vehicle notifies them of a parked car blocking the way , and requests they take over the driving while it continues at its current speed. The participants then had 20 seconds to spot the obstacle, change lanes and avoid a crash 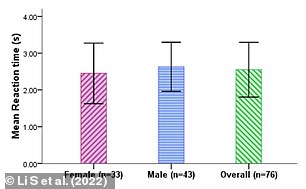 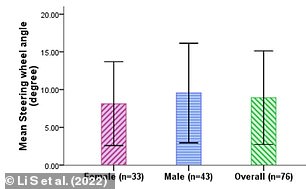 Left: The mean reaction time to take back control of the vehicle for women was 2.45 seconds, while for men it was 2.63 seconds. Right: Female drivers turned the steering wheel less sharply with an average of 8.13 degrees from the centre, compared to 8.93 degrees for men

Level Zero – Full-time control by the human driver of all aspects of the dynamic driving task, even when enhanced by warning or intervention systems.

The findings, published last month in Scientific Reports, suggest that driverless cars may need to have settings specific to gender and age.

This is so the demographics with slower reaction times can be warned of potential hazards earlier.

‘Our research can inform software engineers so that the automated vehicle can be adapted for the user, in the same way, that people have different ringtones on their mobile phone, or might prefer to have it in dark mode,’ Professor Roberto Palacin, acting head of Newcastle University’s School of Engineering, told The Telegraph.

‘This could include perhaps your safety needs in terms of reaction times. In the same way, you can change the size of your font on your phone if you don’t see very well, if I was buying a car for my mother, who was 70, then there could be a mode for that.’

Multiple studies have found that women are more hesitant about autonomous cars than men, but the research team, led by Dr Shuo Li, found they are actually more proficient at using them.

They asked 33 female and 43 male drivers to get behind the wheel of their DriveLAB simulator, which recreates the controls of a Level 3 driverless vehicle.

This type of car allows for the driver to be safe while completely disengaged from driving and doing other things.

Most self-driving cars currently being used on roads require the driver to monitor their surroundings, even if they are not controlling the vehicle themselves.

Mercedes has a ‘Drive Pilot’ system capable of Level 3 automation that has been legal to drive in Germany since December 2021.

The study participants were asked to read aloud from an iPad while in the driver’s seat of the simulator.

After one minute, the simulator notified them of a parked car blocking the way ahead, and requested they take over the driving while it continued at its current speed.

The participants then had 20 seconds to spot the obstacle, manoeuvre the vehicle to change lanes and avoid a crash.

The simulated experiment was conducted in clear, rainy, snowy and foggy conditions. 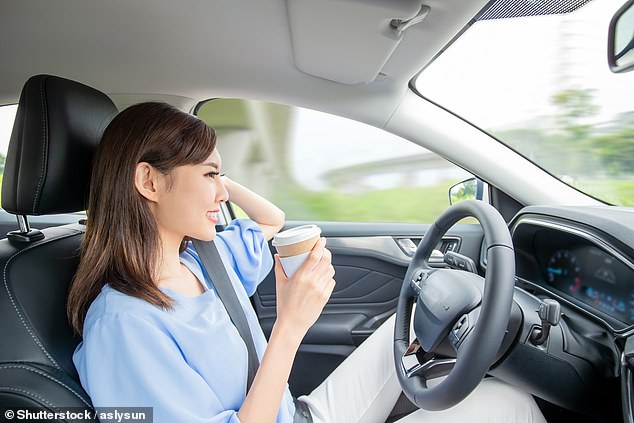 The findings suggest that driverless car software may need to have settings that are programmable to users of different genders and ages. This is so the demographics with slower reaction times can be warned of potential hazards earlier (stock image) 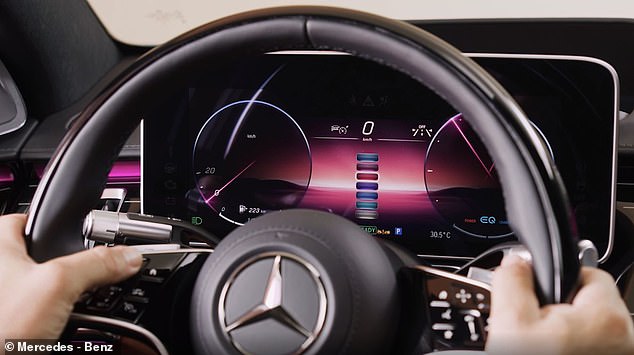 Mercedes has a system capable of Level 3 automation. Its ‘Drive Pilot’ system can be activated by the driver via controls on the steering wheel.  This can now legally be used in Germany

Results showed ‘marked gender differences’, with women able to react quicker to the hazard on average than men.

The mean reaction time to take back control of the vehicle for women was 2.45 seconds, while for men it was 2.63 seconds.

They turned it an average of 8.13 degrees from the centre, compared to 8.93 degrees for men.

Women also exhibited a smaller percentage of hasty takeovers; when the driver physically take control of the vehicle before they have their hands on the steering wheel, feet on the pedals and eyes on the road.

Female drivers exhibited 17 hasty takeovers and the male drivers had 23, but this was found to be ‘not statistically significant’. 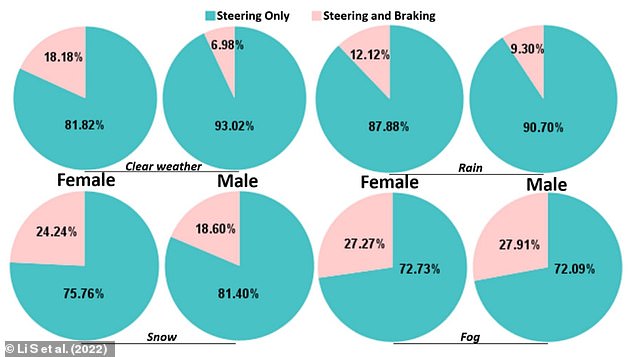 To compensate for the gender-based differences, the researchers conclude that self-driving cars should come with settings that can be programmed to the individual driver.

For example, software engineers could adjust the amount of warning the car gives about safety hazards according to the user’s age and gender.

Dr Li’s team also suggest that more hands-on experience and teaching sessions could be provided to potential drivers, to deepen their understanding of self-driving cars.

In future experiments, they want to probe how common distracting activities for women and men affect their reaction times when taking over control of the vehicle.

They claim a common traffic violation for female drivers is putting on makeup, while for men it is using mobile phones.

The scientists also want to look into how motion sickness, stress, workload and exposure to racing or driving games affect their performance in self-driving cars.

Apple Car could be WINDOWLESS: Tech giant files a patent for a bizarre ‘coffin-like’ driverless vehicle

Apple’s long-awaited Apple Car could have virtual displays on the inside instead of clear windows, according to a new patent.

The tech giant has filed a patent for a virtual reality (VR) vehicle system that matches up ‘virtual views’ with the physical motion of a car as it’s travelling.

For example, if the car was careering down a hill, the system could project a virtual image of a rollercoaster ride.

Chairs in the car would move about to match the visuals, the patent suggests, much like an immersive ‘4DX’ cinema experience.

But it would mean passing views of the real world – such as a beautiful medieval cathedral or stunning coastal hills – would be entirely replaced with virtual graphics.