‘I thought it was a hit-and-run!’ Driver’s CCTV shows van roll down the road and smash into his parked car after neighbour forgets to put the handbrake on

A driver’s CCTV camera set up outside his house captured the moment a neighbour’s van started rolling down the road and crashed into his Fiat.

The accident happened in Stoke-on-Trent earlier this month after the van owner forgot to put on the handbrake.

CCTV footage shows a relatively busy road in a residential area that has a number of parked cars outside the various houses. 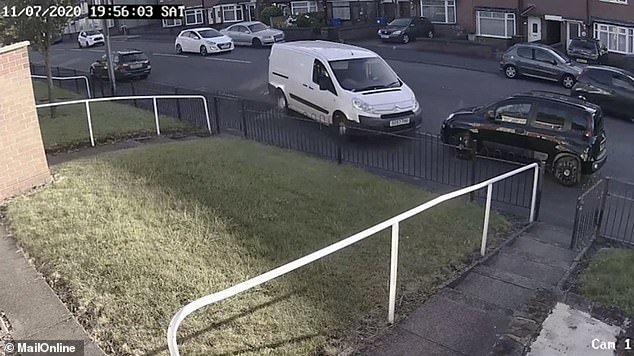 As cars drive by, a white van begins to roll slowly down the road, gathering speed as it swerves onto the the lane of oncoming traffic.

It continues along its unsteady path, heading for almost certain disaster, until it eventually crashes into a stationary black Fiat parked outside a house on the far side of the road.

The owner of the Fiat, who captured the footage on his CCTV camera, said that when he saw the damage, he believed it was a hit-and-run because he couldn’t see a driver of the van. 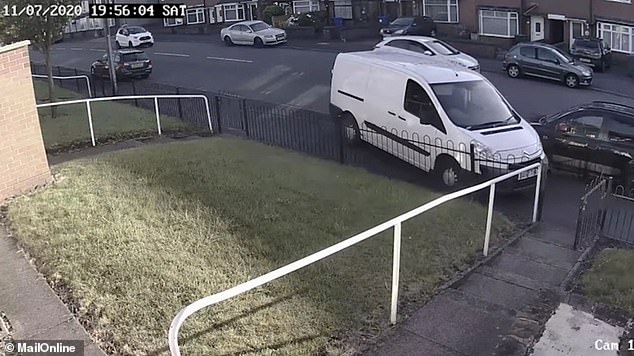 It comes crashing to a stop when it collides with a stationary black Fiat and a metal railing, avoiding complete disaster

‘I was in my home and heard a loud bang outside. I looked through the window and saw that a van had crashed into my car.

‘I went outside and looked if anyone was hurt but no-one was inside the van, so I assumed they’d run away and I then phoned the police.

‘When the police arrived the van driver showed up he was very apologetic.

‘Apparently he only lived up the road and had accidentally left his handbrake off and so his van had rolled down the road and crashed into my car. 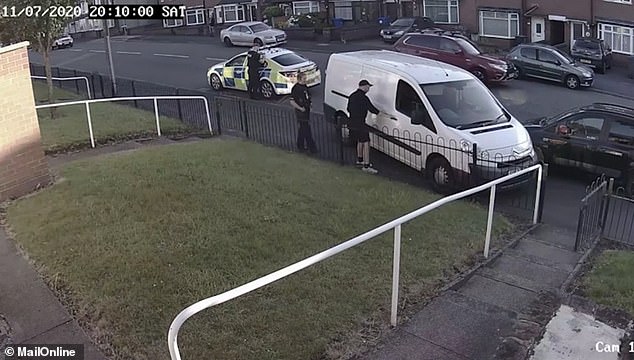 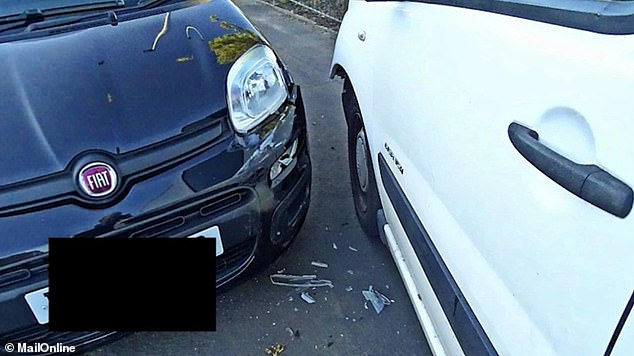 Images taken in the aftermath of the crash show smashed glass on the road, a cracked headlight on the Fiat and a dented bonnet 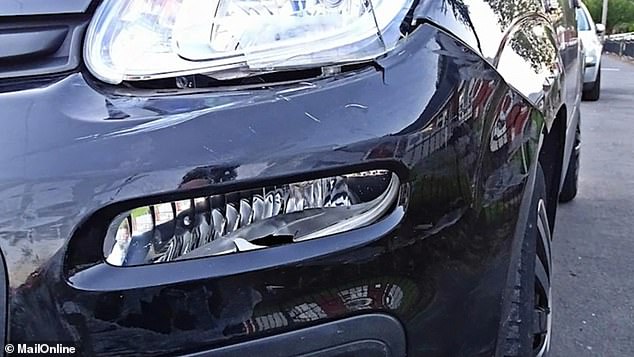 The owner of the Fiat said: ‘I was just pleased that no-one was hurt, vehicles can be replaced’ although he is glad to have the CCTV footage to explain to the insurance company what happened

The near-fatal disaster was a lucky escape as no one suffered any injuries.

Pictures of the accident show the aftermath of the crash with the damage to the Fiat including a cracked headlight and a dented bonnet.

‘I was just pleased that no-one was hurt, vehicles can be replaced,’ said the Fiat owner.

‘This isn’t the first time that one of my vehicles has been run into outside my home, that’s why I have the CCTV – it’s much easier to explain to the insurance company what happened.’

The CCTV footage of the accident was captured earlier this month on July 11 at 19:55.