Drivers in line to save £35 a year under whiplash crackdown

Drivers could save £35 a year under a crackdown on ‘easy payday’ whiplash claims unveiled by the Government.

The Civil Liability Bill will set fixed amounts of compensation for whiplash claims and ban the practice of seeking or offering to settle the cases without medical evidence.

Publishing the Bill, Justice Secretary David Gauke said the average saving for drivers was estimated at £35 a year.

‘The number of whiplash claims has been too high for too long, and is symptomatic of a wider compensation culture,’ he said.

‘We are putting this right through this important legislation, ensuring whiplash claims are no longer an easy payday and that money can be put back in the pockets of millions of law-abiding motorists.’

The high number of whiplash claims has contributed to increased insurance premiums but the new measures announced on Tuesday will yield around £1 billion in savings which insurers have pledged to pass on to drivers, according to the Ministry of Justice.

Figures show road traffic accident-related personal injury claims are 50% higher than a decade ago, despite a fall in the number of reported accidents.

The rise has been fuelled by ‘predatory parts’ of the claims industry that encourage minor, exaggerated and fraudulent claims, driving up the costs of insurance premiums for ordinary motorists, the MoJ said.

Fixed compensation levels for whiplash claims will be set out later.

Ministers also confirmed plans to change the way a measure used to determine the size of personal injury compensation payments is calculated after a backlash over surging costs for motorists and the NHS.

The discount rate is applied to financial awards given to victims of medical negligence, car crashes and other incidents.

The rate is a percentage used to adjust compensation totals for those who suffer serious personal injury, according to the amount they can expect to earn by investing the money.

Awards using the rate should put the affected person in the same financial position had they not been injured, taking into account loss of future earnings and care costs.

The system was at the centre of a furore last year when it was announced that the rate would fall from 2.5 per cent to minus 0.75 per cent – dramatically increasing the size of awards of damages. 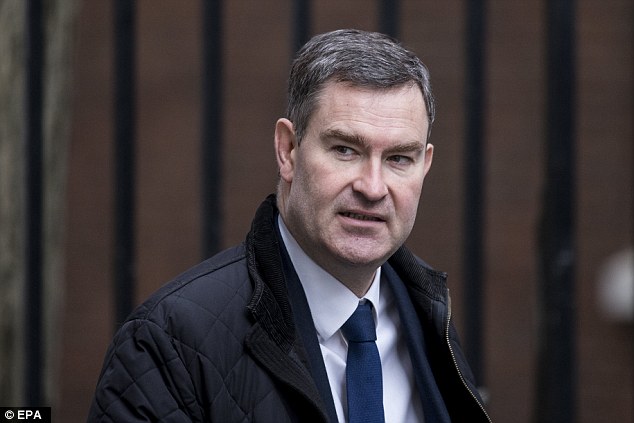 Publishing the Bill, Justice Secretary David Gauke (file picture) said the average saving for drivers was estimated at £35 a year

In the wake of the change motorists were warned to brace for increased premiums.

And the Government set aside an extra £1.2 billion a year to meet the expected additional costs to the public sector, with the NHS in particular facing a rise in its bill for settling medical negligence claims.

The Bill unveiled on Tuesday will create a ‘fairer and better’ system of setting the rate while still providing full compensation, the Government said.

Under the new regime the rate will be regularly reviewed and set with reference to ‘low risk’ rather than ‘very low risk’ investments as at present.

An independent expert panel will also be set up to advise the Lord Chancellor on setting the rate.