Driving instructor, 77, killed Oxford University professor when he stopped on the M40

An Oxford University professor and a motor racing expert were killed on just days before Christmas  after an elderly former driving instructor with Alzheimer’s disease stopped on the motorway.

Bernard Guile had been on the road for more than 12 hours and was driving aimlessly in a confused daze after setting out from Warrington Cheshire to visit his son in Sussex for Christmas.

An inquest into their deaths heard Professor Whittow’s car was sent hurtling onto its roof and went flying down the M40 motorway, between junctions 10 and 11.

Several vehicles had already been forced to dramatically swerve away from the car after it came to a sudden halt on the motorway and the professor’s Volkswagen Polo was then struck at high-speed by Mr Stokes’ Volkswagen Passat, Senior Coroner Darren Salter heard.

Shane Stokes 29 (pictured) and Mark Whittow, 60, died after a collision involving five vehicles on Saturday on the M40 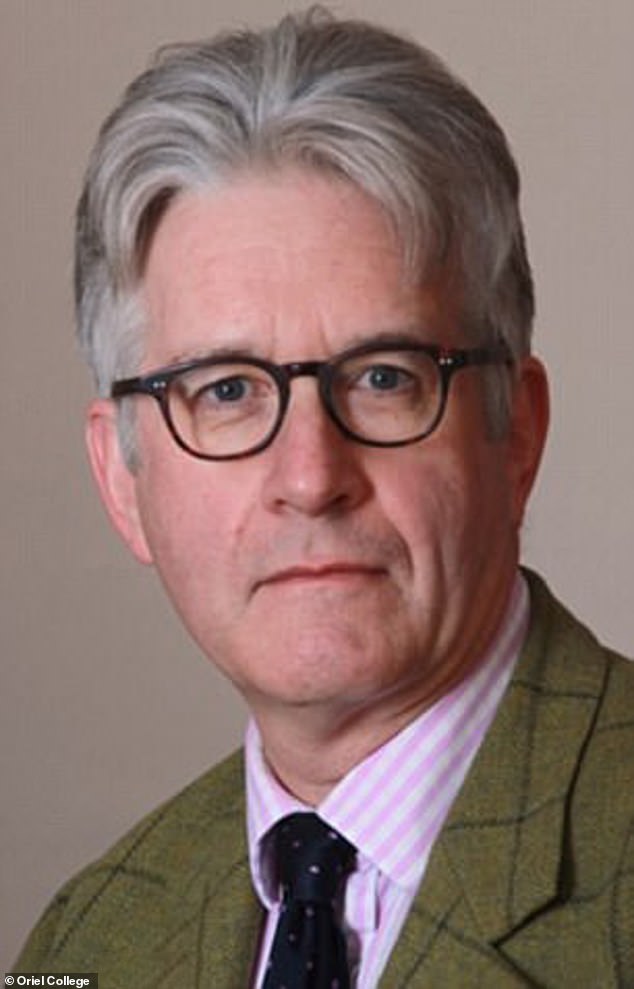 Mark Whittow, 60, died along with Mr Stokes when his car flipped onto its roof on December 23

Mr Stokes, who worked at Rockingham racetrack, had been driving with his girlfriend at the time of the crash. She was injured but survived.

The coroner told the inquest in Oxford how several shocked drivers screeched to a halt and fled their vehicles across the debris-covered Tarmac to tend to the injured, where they found Mr Stokes and Prof. Whittow fatally injured.

Mr Stokes, of Poins Close, Heathcote, Warwick, was declared dead at the scene, and Prof Whittow, of Holywell Street, Oxford, was pronounced dead from multiple traumatic injuries in the early hours of December 23.

The collision took place on the M40 northbound, between junctions 10 and 11, on December 23 last year.

The inquest heard how Mr Guile was found by another motorist in a confused and dazed state and unable to tell where he was or when it was – when told, he replied ‘so not in Wales, then?’.

The inquest heard he had earlier been caught on CCTV footage driving slowly and aimlessly and was involved in minor collisions with road signs and cameras. He had been travelling to Sussex to visit his son Mark, who became increasingly concerned when his father failed to arrive at his home.

Mark and his brother, Andrew Guile, later rushed to their father’s bedside in hospital after learning of his dramatic accident, where they found him unusually confused and distressed, Mr Salter told the inquest.

‘All that’s left to me is what the conclusion should be,’ said the coroner.

‘It would ordinarily have been said that an accident occurred. There is a more short form conclusion – road traffic collision. That would be my proposed conclusion.

‘There seems too have been a thorough police investigation and it is a decision that a prosecution is not in the public interest because of Mr Guile’s subsequent medical diagnosis.

‘We have seen how things suddenly unfolded in terms of the initial collision. The cause of the collision appears to rest with Mr Guile as he was stationary in the motorway.

‘I accept the various combined evidence which heard that his medical issues were likely to be the reason why the BMW was stationary or very slowly moving and why Mr Guile failed to arrive at his destination.

‘There appears to have been a very rapid deterioration in someone’s cognitive condition and maybe that the answer has something to do with the urinary tract infection which can cause confusion – particularly in someone elderly. There is evidence of forgetfullness and mental impairment.

‘Those closest to him didn’t appear to have any concerns about his cognitive ability and safety driving from Warrington to Sussex, a journey which normally takes four to five hours – and he had been driving for 12 hours.

‘It strikes me how difficult it is when someone is confronted by a stationary vehicle on a motorway at night. Fortunately some drivers were able to perceive that and avoid his vehicle.

‘Shane Stokes died of a traumatic head injury. He was driving northbound on the M40 between junctions 10 and 11 when he collided with a stationary vehicle which has just impacted with another vehicle. 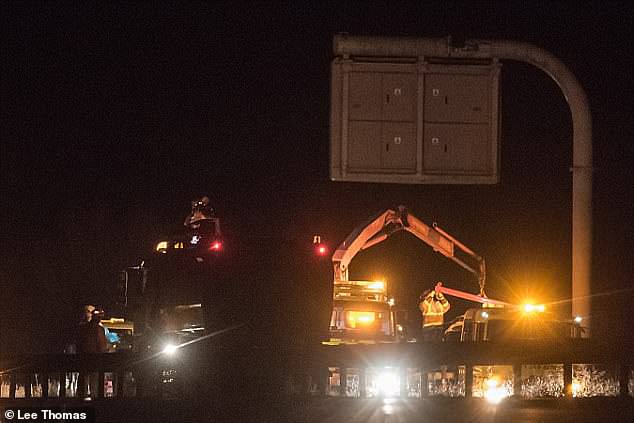 The M40 where the two men were killed on December 23. The crash occurred when an elderly driver with Alzheimer’s got behind the wheel

‘He was also then struck in the rear by a van. He died at the scene.

‘In respect of Mark Whittow, he died sadly in the John Radcliffe Hospital from multiple traumatic injuries.

‘He was driving northbound on the M40 when he collided with a stationary or slow moving vehicle in lane one. The driver in that vehicle was elderly, confused and apparently lost.

Prof. Whittow’s widow Helen, who present at the inquest, said: ‘I am surprised at the number of people who stopped to help and I am endlessly grateful. I am in awe of the courage of those people and it was really very brave.’

Mr Guile is now living in a care home. Police took the decision not to prosecute him because it is not in the public interest.