Drone footage reveals the enormous scale of a millionaire’s luxurious 10,000 square feet ‘leisure centre’ that he built without planning permission as a judge orders him to pay £30,000 to the council.

Graham Wildin, 66, spent four years battling with authorities over the ‘man cave’ – which contains a bowling alley, cinema, casino, a gym and even a 25ft three-storey doll’s house for when his grandchildren come to visit.

The grandfather-of-five built the £200,000 den illegally in the back garden of his six-bedroom mansion in Cinderford, Gloucestershire, in 2014.

And aerial photos show the vast scale of the enormous structure, which looks like a factory and swamps nearby residential houses. 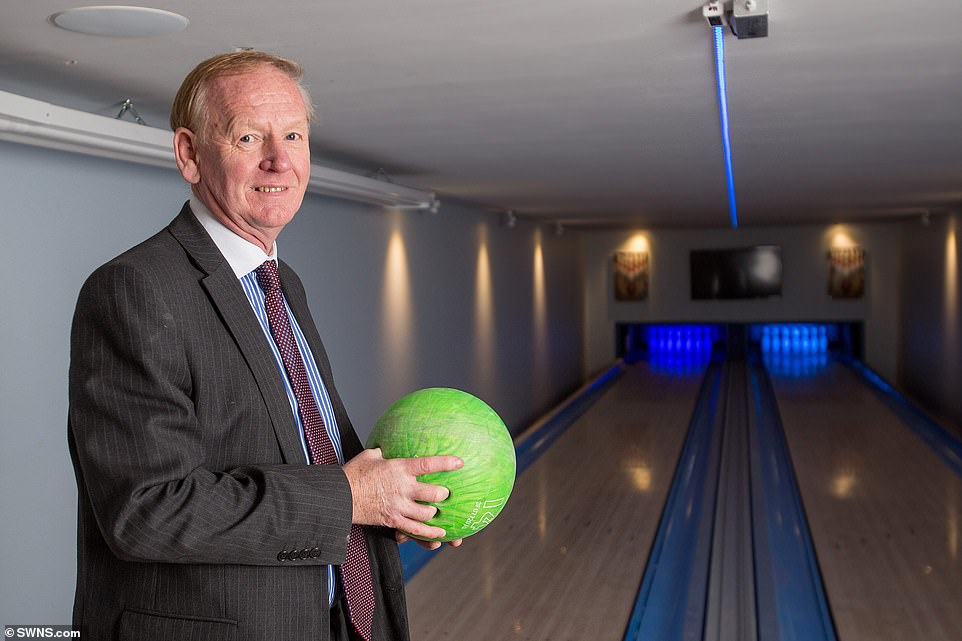 Graham Wildin, 66, in his private bowling alley. The millionaire spent four years battling with authorities over the private leisure complex and has been ordered to pay council £30,000

Mr Wildin had always maintained that he did not need planning permission and that by digging 18 feet into the hillside he was taking advantage of a loophole which allows him to construct the building for use by his family.

A High Court judge said Mr Wildin must comply with the council and remove the extravagant centre, which is decked out with a bar and squash court. 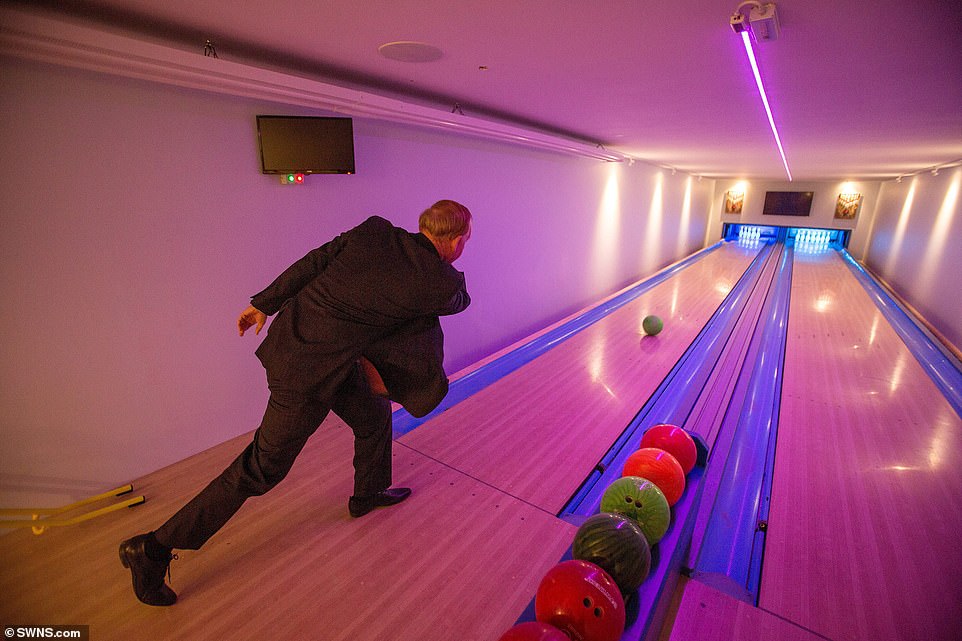 Mr Wildin plays a game of ten-pin bowling in the lavish leisure complex, which was built illegally without planning permission 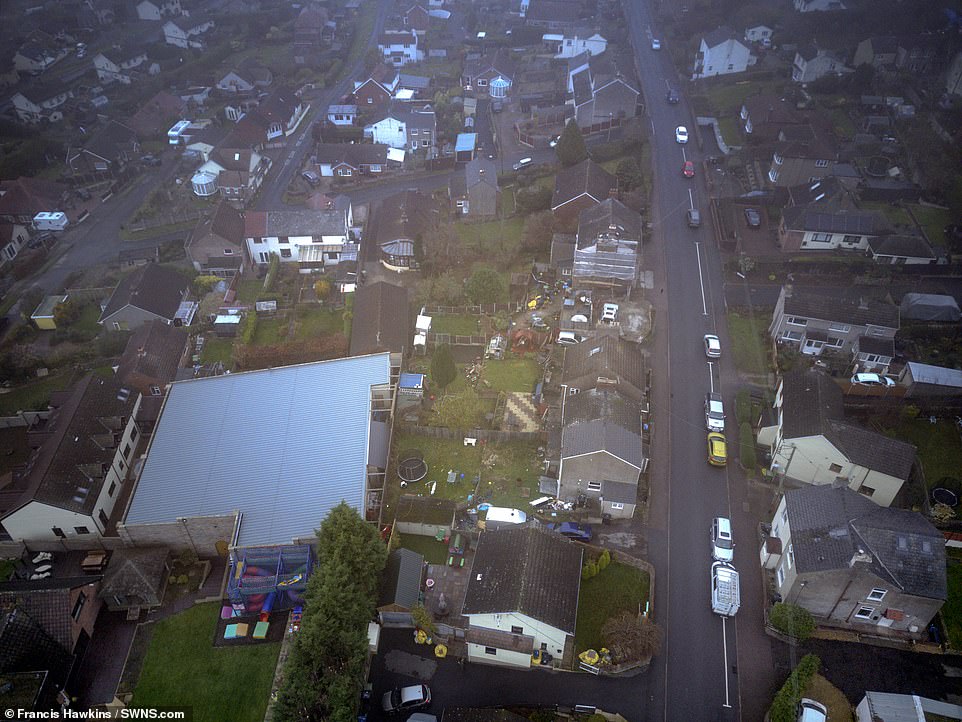 Drone footage view of the vast ‘man cave’ erected by Mr Wildin in his back garden and which cost him £200,000 to build

He is also facing a £30,000 legal bill after the council was awarded costs – and has been refused permission to appeal by the judge.

The council is preparing a timetable for the cave’s demolition which could take months to complete and could cost Mr Wildin more than £720,000.

A spokesperson for Forest of Dean District Council said: ‘We can confirm that Mr Wildin was refused permission to appeal by HHJ Jarman QC.

‘This means that if Mr Wildin wishes to appeal, he has to seek permission directly from the Court of Appeal.

‘The Council was awarded just over £30,000 costs; this is subject to confirmation in the final order. 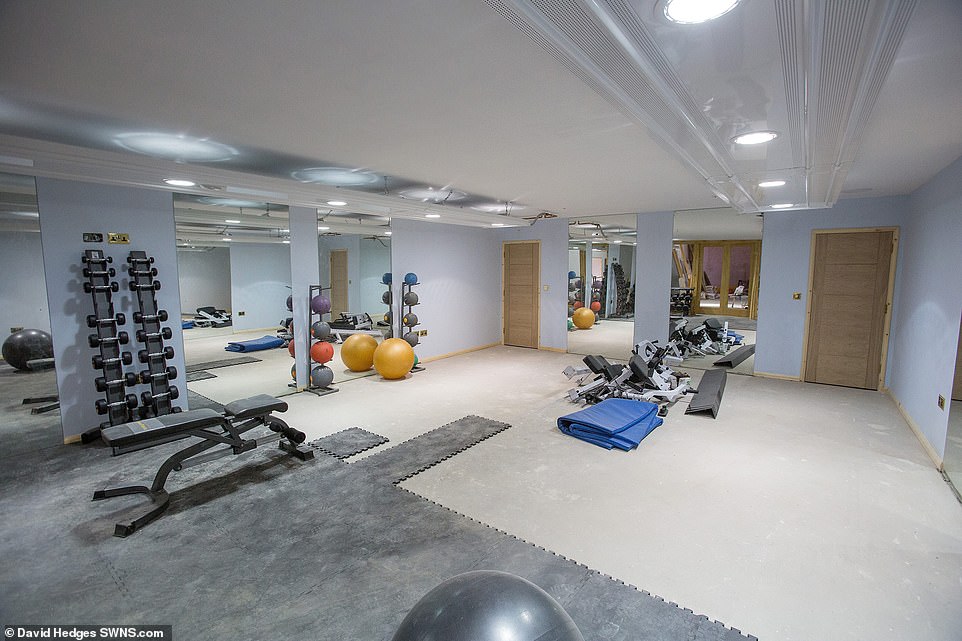 Ultimate mancave: A huge gym in Mr Wildin’s impressive sanctuary, which is now set to be bulldozed and could take months to be demolished 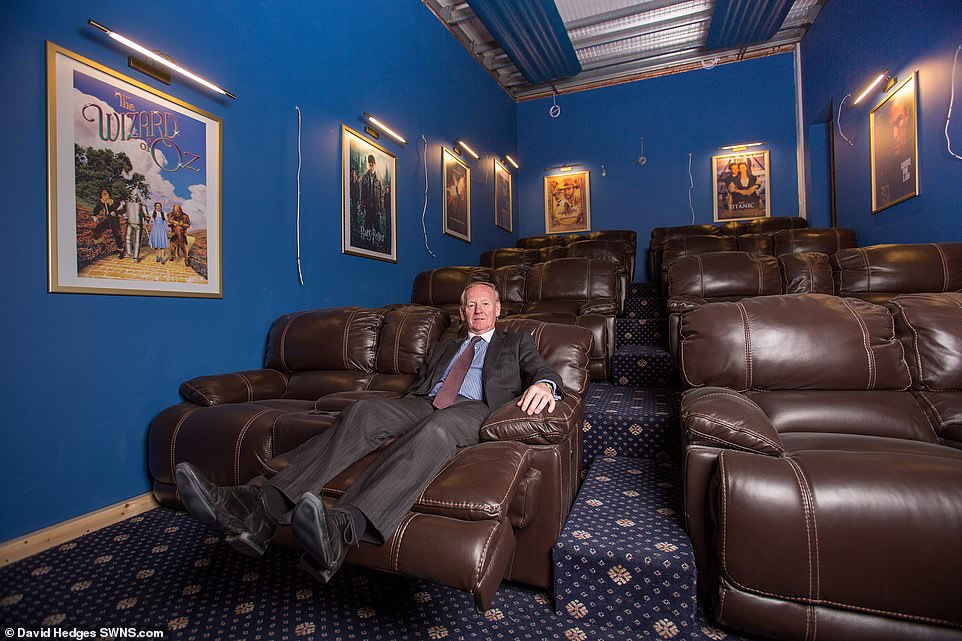 Mr Wildin relaxing in his personal cinema. A judge said the building seriously impacted the living conditions of his neighbours

‘The final order will also contain stipulations and timeframes regarding compliance but there is a possibility that there may be some changes so we cannot provide details until the document has been sealed.

‘As soon as it is sealed, we will be pleased to provide you with a copy of the Order.’

The news will come as a relief to neighbours who often argued with Mr Wildin about the enormous building.

Garry Thomas, 37, who lived nearby, even constructed a 12 foot-wide wooden fence so that he didn’t have to look at the extension.

Mr Thomas’ partner captured footage in April last year as the millionaire angrily tore the fence down. He even climbed up onto a ledge and threw a black plastic bin. 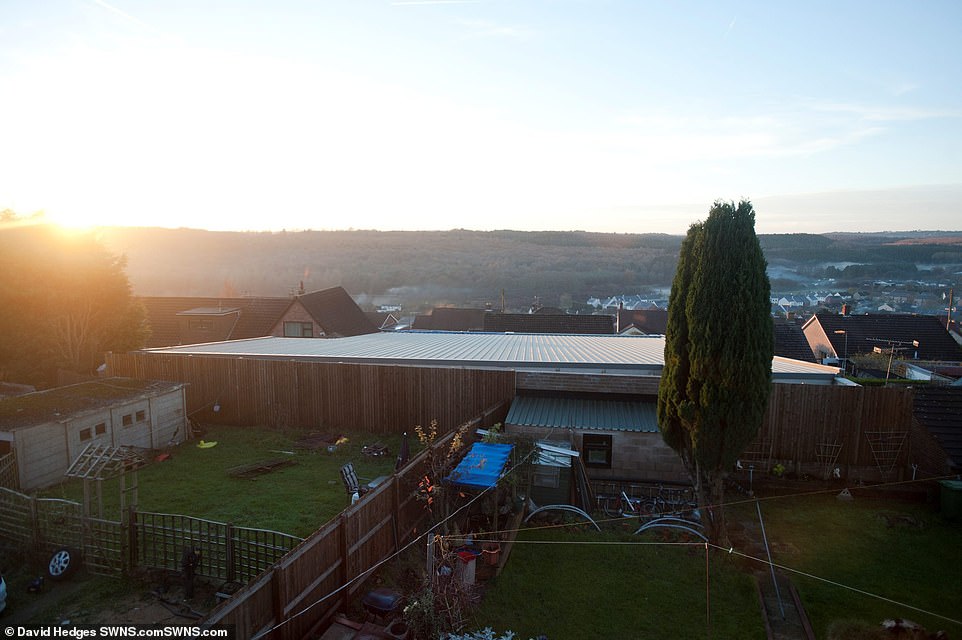 Mr Wildin had always maintained he did not need planning permission and that the ‘man cave’ was semi-submerged 18 foot into the ground, saving neighbours’ views 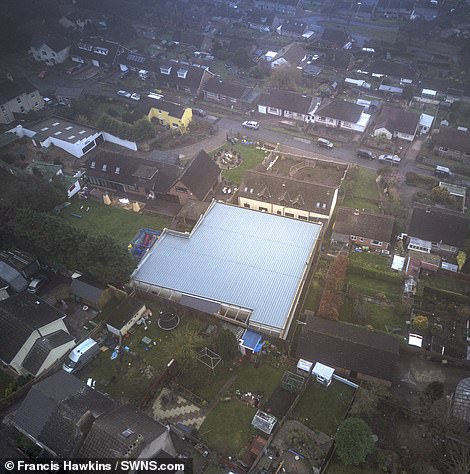 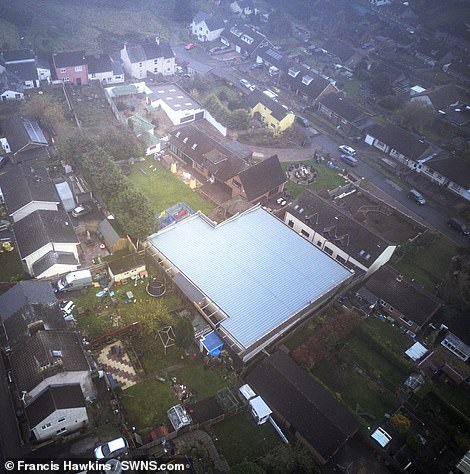 A drone captured of the enormous man cave built in Mr Wildin’s garden. The news of its demolition will come as a relief to neighbours who often argued with Mr Wildin about the enormous building 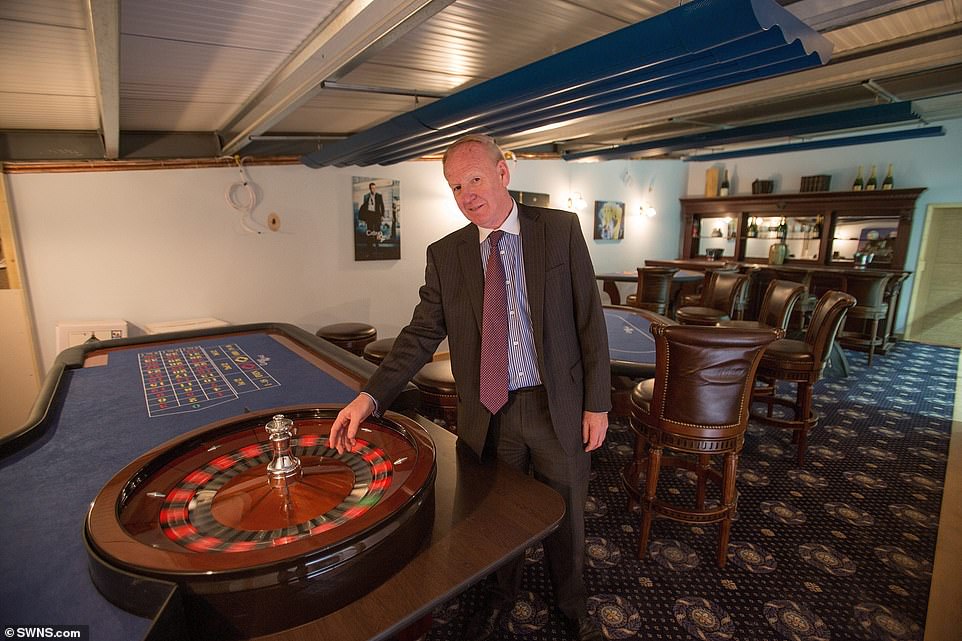 The casino at Mr Wildin’s private leisure centre. He said tearing it down would cost him more than £720,000

He said Mr Wildin had not taken any steps to comply with the enforcement notice which gave him until July 7 last year to knock down the building.

The judgement followed a two-day hearing at Cardiff High Court in September when the council asked the judge to back an enforcement notice issued in March 2014, instructing Mr Wildin to demolish the works.

Lawyers said Mr Wildin had already appealed to the Planning Inspectorate and the High Court to cancel the enforcement notice and had failed on both occasions. 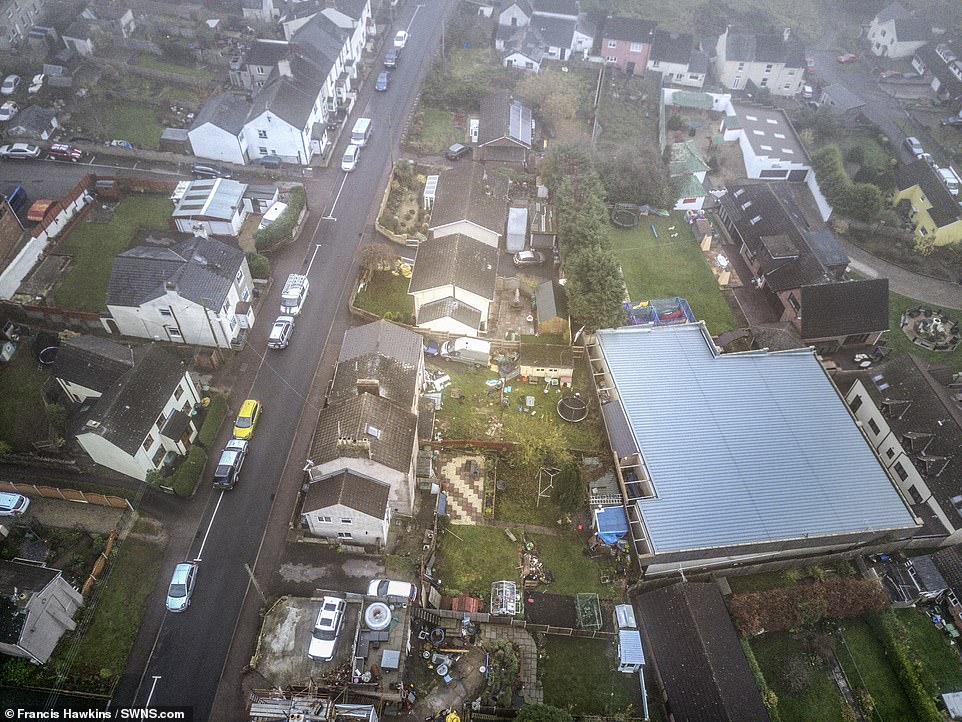 The enormous factory-like structure. Although the judge accepted that there would be adverse impacts upon Mr Wildin, he granted the injunction 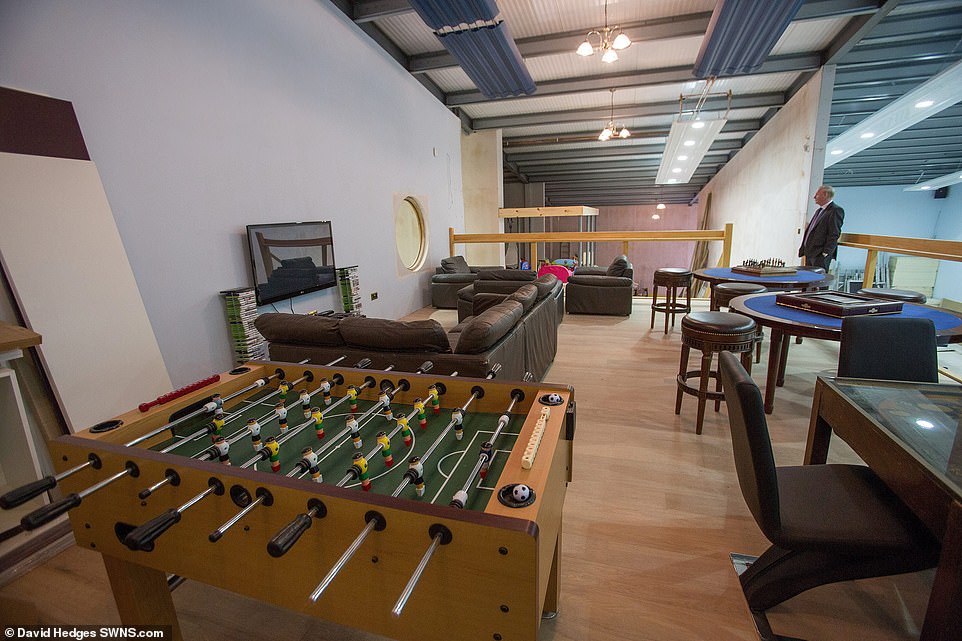 A relaxation area and games room in Mr Wildin’s man cave, which he fought for four years with the council to keep standing

And he failed to comply with the enforcement requirements even though he was given over two years to do so and shunned attempts to negotiate with him.

Mr Wildin told the court that an injunction would ruin him. He said demolishing the man cave would cost him £720,000.

Although the judge accepted that there would be adverse impacts upon Mr Wildin, he granted the injunction.

He said Mr Wildin’s circumstance did not outweigh public interest. Now Mr Wildin will be forecd to bulldoze the centre or face the wrath of the court. 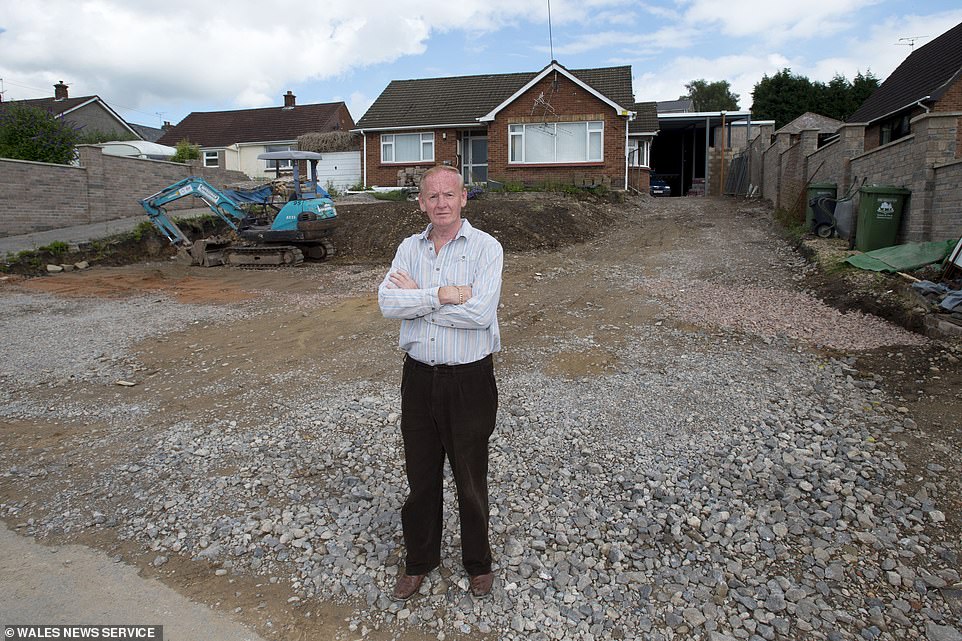 Under construction: The leisure complex was built into the ground however it will now have to be completely demolished