This is the staggering moment a dog is rescued from ‘mountains of rubble’ in The Bahamas after Hurricane Dorian devastated much of the islands.

The footage showed the initially-terrified pet hidden among rocks before it approached Douglas Thron for food, water and comfort.

He claims to have never seen any place ‘as destroyed as Marsh Harbor’ in the archipelago after it was battered by 185mph winds and lashed with rain.

The Category 5 hurricane blasted the islands for more than 40 hours leaving 52 dead and a further 1,300 people still missing two weeks on.

Thron, who was visiting the island to deliver aid and to film the destruction in the hopes of bringing public awareness, noticed multiple animals as he filmed with his drone.

He’s now fundraising after realizing it was an effective way to find the cats and dogs living among broken buildings, overturned cars and debris ‘before it’s too late.’

Scroll down for footage 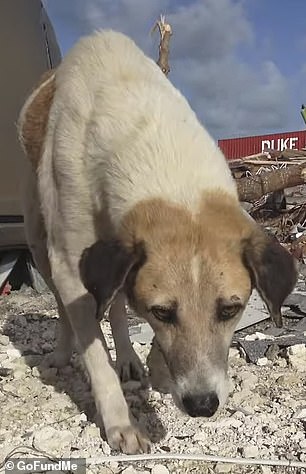 Douglas Thron was using his drone to highlight the devastating and destruction in Marsh Habor, in the Bahamas, when he spotted a dog among the rubble. He lure the dog over with food and water and eventually gained the pet’s trust 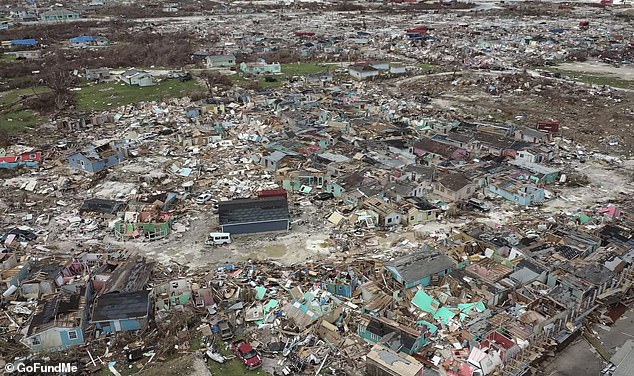 Thron was filming the debris left behind by Category 5 Hurricane Dorian that left a total of 52 people dead and a further 1,300 people missing to this day – two weeks on 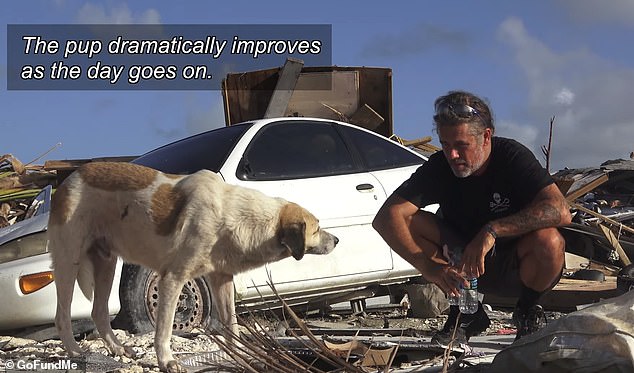 Thron recently visited Abaco Island, which is one of the ‘hardest hit’ locations, after helping out other areas in the Bahamas for around two weeks.

He hopes the footage of him being able to rescue a weary dog among the piles of decimated buildings will encourage others to donate.

During the heartwarming clip the dog seems to become more trusting and appears to be smiling by the end after the cinematographer gained his trust.

Thron is trying to raise $25,000 through his fundraising site, which he says will allow him to buy a custom infrared drone and an all-terrain vehicle (ATV) with cages.

He explained that the equipment will allow him to ‘spot the animals faster in the sea of debris and destruction.’

From there he plans to use four-wheeler or a dirt bike to travel around the devastated area, where many of the roads are ‘still unreachable by cars.’

The donations will also cover his lodging, gas, flights and food supplies.

‘With your support, I plan to be out there as long as it takes to get these animals to safety,’ he wrote.

Thron explained that for him the destruction was unparalleled, despite having covered large-scale natural disasters including Paradise and Santa Rosa.

He was named one of PETA’s 2018 Persons of the Year for his assistance during the California Wildfires. 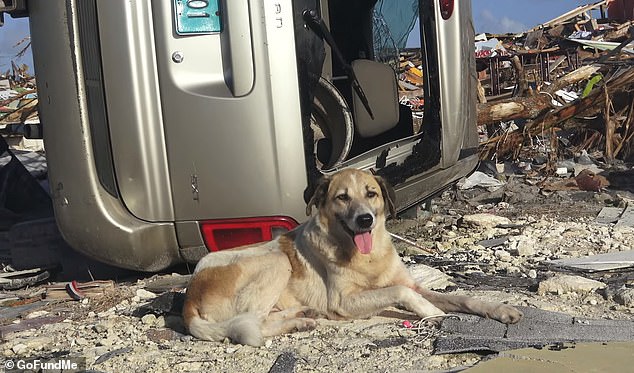 After feeding the dog and giving it water, Thron said that he noticed the animal become less weary and begin to trust him more 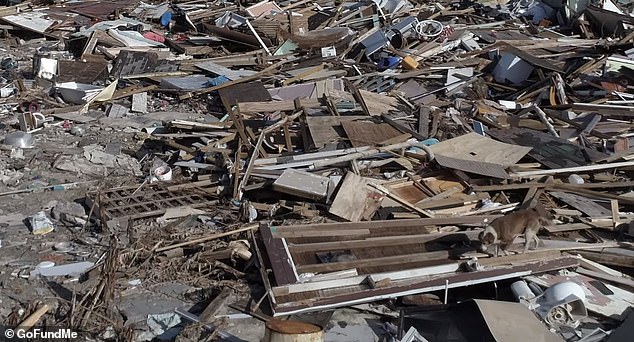 The cinematographer, who has also filmed the devastation from California wildfires in Paradise and Santa Rosa, said he had never seen anywhere ‘as destroyed’ as this spot in the Bahamas 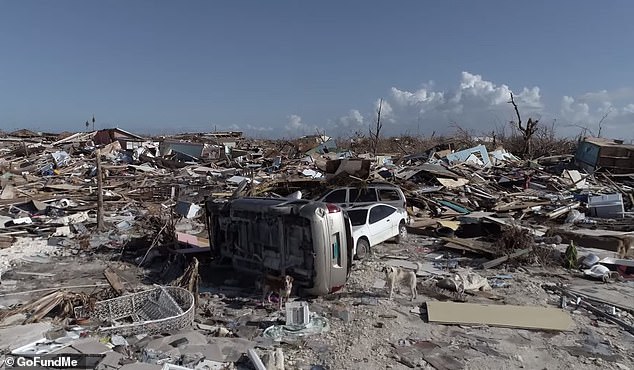