Some of NSW’s most drought-affected towns have received the first significant rainfall since May.

The NSW Central West and Hunter Valley have both received a drenching. Meanwhile in Bathurst, more than 30mm of rain has fallen, while 20mm has hit Orange and Mudgeee.

Yamba, in the Northern Rivers Region, is expecting to receive minimal rainfall over the coming days, as are suburbs in the Mid-North Coast surrounding Coffs Harbour.

Parts of drought ravished NSW received much needed showers, but not enough to ease the effects of the last 18 months

However, some drought-affected areas have missed out, including Wagga Wagga and Dubbo.

The wet weather is set to continue across Sydney with up to 20mm of rain forecast along coastal areas.

Most of the rain is expected to drench the city in the morning, before possible thunderstorms predicted in the afternoon.

It has caused traffic chaos for commuters this morning, with car accidents recorded across the city. 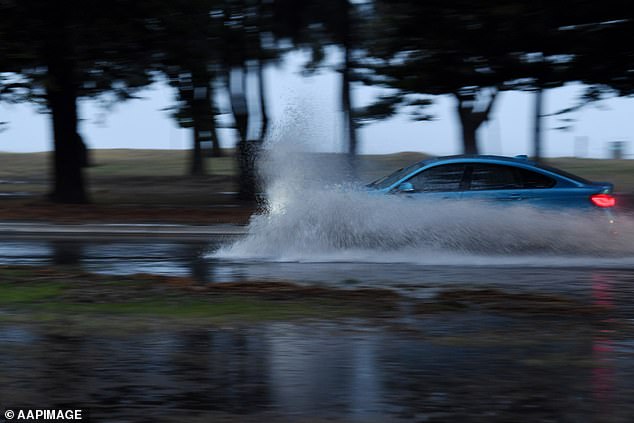 The wet weather will ease as the week continues, but will return over the weekend 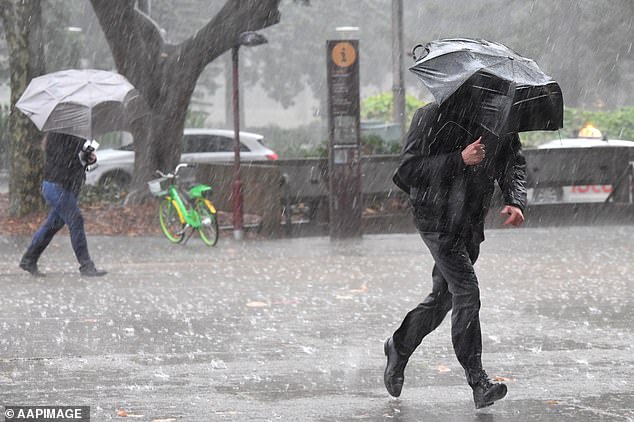 Sydney is expected to be drenched with rain on Wednesday

Delays are expected on Victoria Road near Rydalmere after a bus and a garbage truck collided, while Weatherzone is reporting traffic at a standstill in the upper Blue Mountains.

The Transport Management Centre said trucks were also blocking parts of the Hume Highway after they lost traction this morning.

More than 400 calls for assistance were made to the NSW State Emergency Service as trees and power lines came down.

Showers will continue throughout the week but will ease off before picking up again at the weekend. 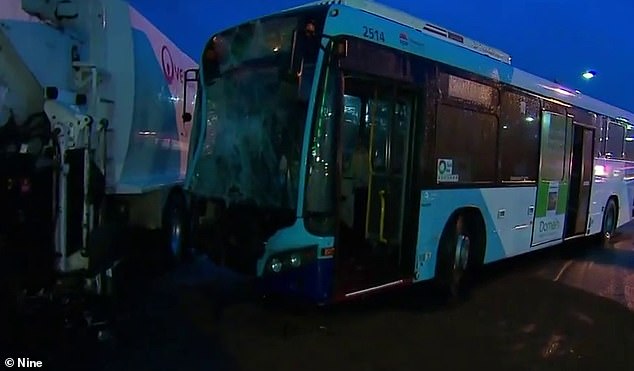 Bureau of Meteorology forecaster Abrar Shabren told Daily Mail Australia: ‘A front is moving from the west bring rainfall to the south east before it will end up in the Tasman Sea.

‘The central and mid-north coast will see the most rain as a low pressure system falls off Newcastle.

‘Further north there will be thunderstorms and dry lightening in areas where fires are burning.

‘There will be a south-westerly wind with the possibility of raised dust – so tough conditions to fight fires.’ 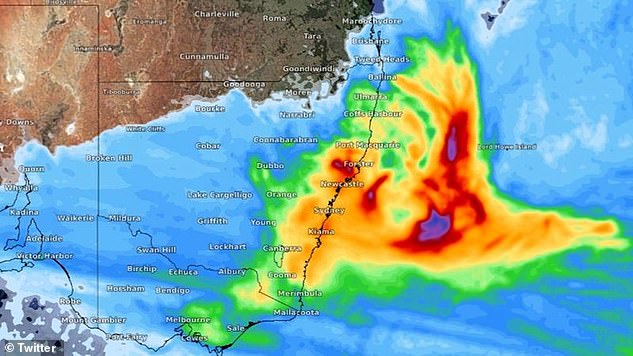 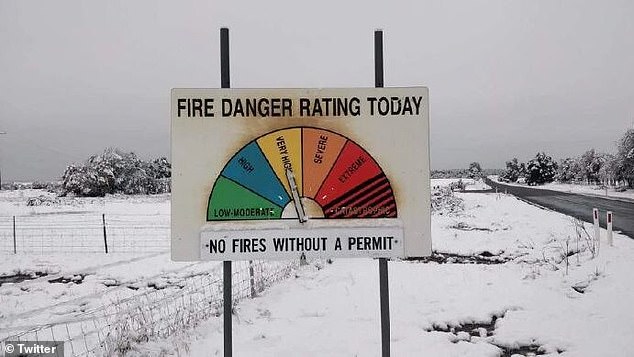 In contrast to the wet weather in Sydney, Melbourne has a few dry and sunny days ahead.

With temperatures soaring to 23 degrees on Thursday, Melburnians can expect sunshine and dry winds, before rain sweeps through on Friday night.

The city is predicted to see in the weekend with a thunderstorm and rains that will carry through until Tuesday.

Parts of the North West and Gulf Country will experience temperatures in excess of 35 degrees.

Drought ravished Doomadgee will see the highest temperatures in the state at 38 degrees on Wednesday.

Brisbane will reach a maximum of 28 degrees on Wednesday before dropping to 25 degrees on Thursday, with possible showers predicted.

A fire warning is currently in place for parts of the Northern Territory.

The Bureau of Meteorology placed a severe fire danger warning on Darwin and the Adelaide River.