Drug addict couple get clean after falling in love

Two former drug addicts have kicked their life-ruining heroin habits after falling in love in rehab.

Kathleen Dennis, 26, and Kirt Graves, 38, started a relationship during recovery in 2014 but began using heroin, crystal meth and cocaine when they moved in together.

At one point, the drug addiction was so bad that they would inject two grams of heroin per day and spend more than $3,500 on drugs each week.

Rehab romance: Kirt Graves, 38, and Kathleen Dennis, 26, started a relationship in 2014 during recovery

They ‘hit rock bottom’ after they were evicted from their apartment in West Palm Beach, Florida, and resorted to showering in sprinklers and living in Kathleen’s car.

But in November 2016, the pair got a second chance and were accepted to Broadway Rehabilitation Centre in California.

This time the stakes to get clean were higher as they discovered Kathleen was pregnant that January.

The drug-ravaged duo used the shock news as a motivation to help them overcome their addictions and incredibly they both managed to get clean.

The inspirational full-time mom, who lives in Huntington Beach, California, and is from Lansdale, Pennsylvania, said: ‘In the middle of rehab I discovered I was pregnant. It was such a surprise.’ 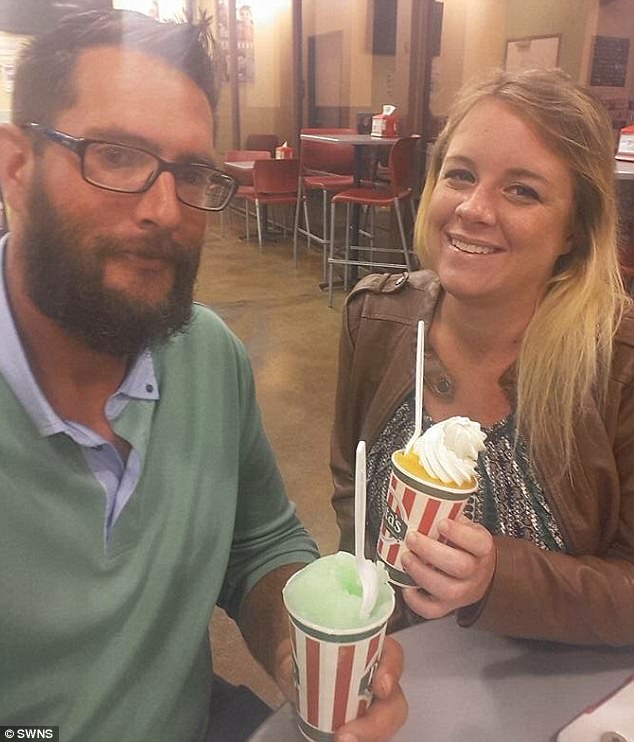 A long journey: The couple didn’t start using cocaine, heroin and crystal meth until after they moved in together 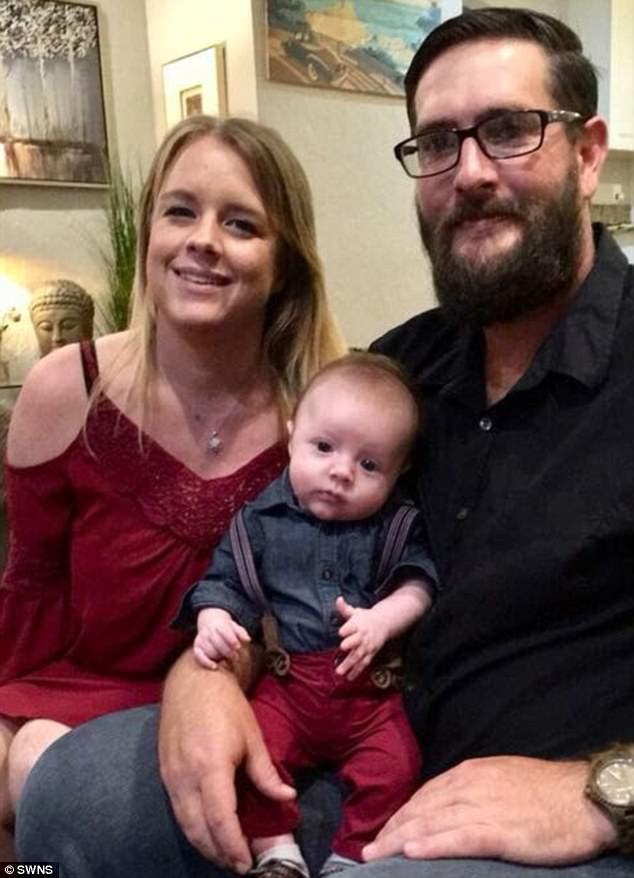 Motivation: The couple said that part of their drive for getting clean was finding out Kathleen was pregnant

‘I suffer from ovarian cysts so I thought that’s what was going on with my body but an ultrasound showed that, no, I was pregnant.’

‘It was very scary because I was just getting my life together.’

Kathleen gave birth to baby Rowan on September 27 2017, and she and Kirt, who recently got a new job, are now living together in their own apartment.

She said: ‘I had been a drug addict all of my life, I had been smoking weed since I was 14 and taking opiates since I was 16 – I had ever really been sober since then.’

‘When I found out I was pregnant I was scared I wasn’t going to be able to give my baby the life he deserved and I knew he didn’t deserve to have strung out junkies as his mom and dad.’

‘When he was born it was the best day of my life. I just looked into his face and thought ‘I made this perfect little human’. 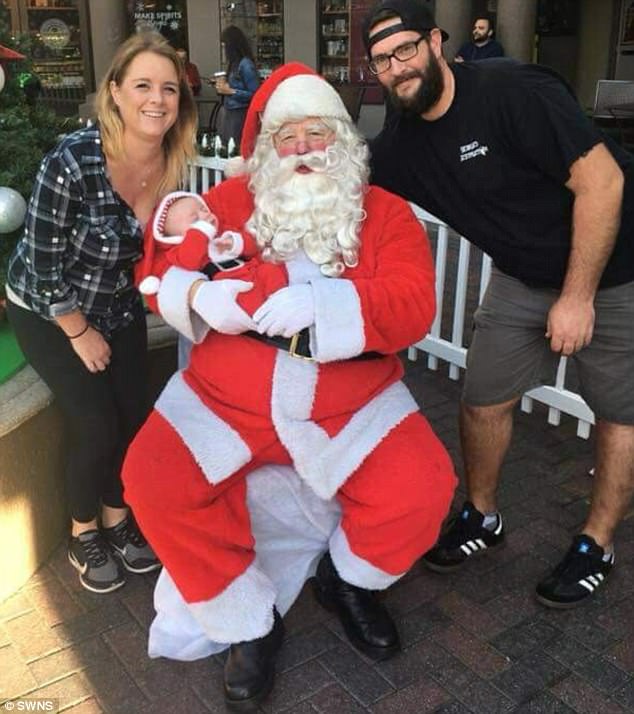 Best day: Kathleen said that the day baby Rowan was born was the best day of her life 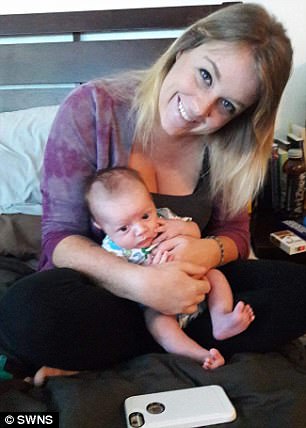 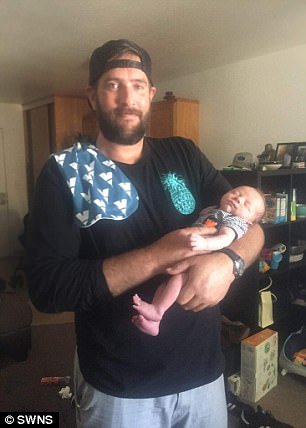 Made them stronger: The couple has gotten a lot closer because of the baby

The new mom cried when he was born and said he has brought her and Kirt so much closer together as a couple.

She said: ‘We all have that strong bond and he’s such a happy baby, he’s always smiling and laughing – except when he’s hungry.’

Kirt, who also has a ten-year-old son and two daughters, aged eight and four, said the shock pregnancy news motivated the couple to stay on track.

The dad, who now works in self-stock in a medical device company said: ‘The pregnancy was frightening, but it was exciting as well – I couldn’t help be excited.’

‘I loved Kathleen and when we got to California we had nothing except each other and it gave us the motivation to start to build something for this little baby.’ 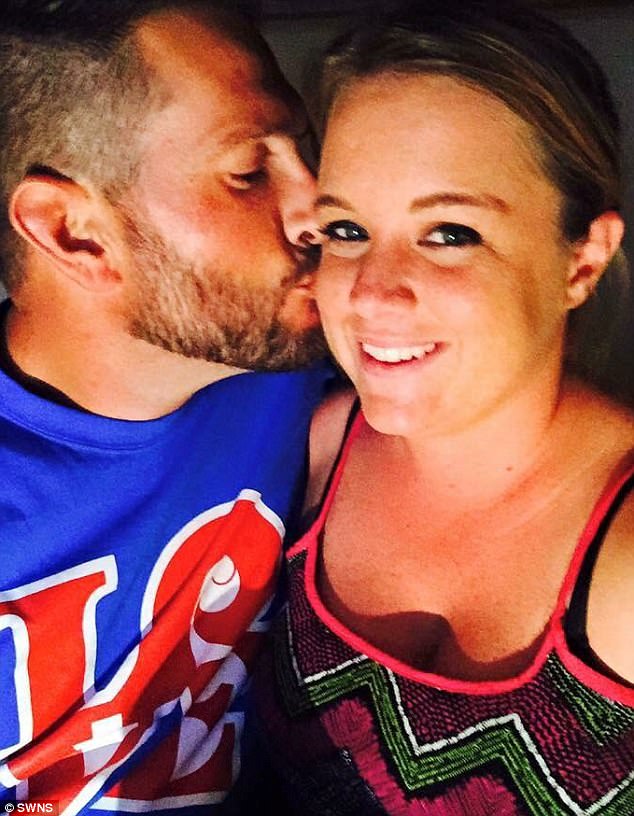 Nothing but each other: Kirt said that although the pregnancy was frightening, it gave them incentive ‘to build something’ 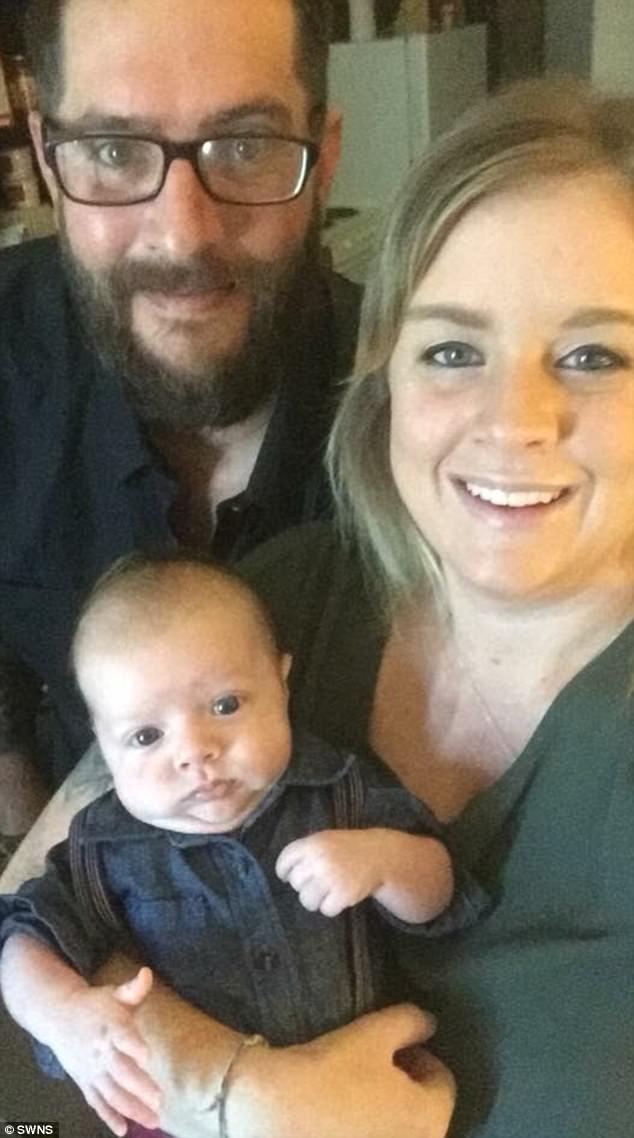 Strong bond: The couple and their baby all have a strong bond. Kathleen said that Rowan is always smiling and laughing

The couple moved into a sober living facility after finishing their 90-day program and welcomed Rowan Graves at Hoag Hospital in Newport Beach.

Kirt, who is from Wilmington, Delaware, and Kathleen have also begun to rebuild the bonds they broke with family and friends when they were addicts.

Kathleen said: ‘All my family ever wanted me to do was to get help but I was so disrespectful. I would steal from them, I just didn’t care about what they had to say.’

‘Drugs made me so selfish. They started to draw away from me. I guess they were slowly letting me go because I seemed hopeless.’

‘We’ve definitely gotten a lot closer because of the baby and everything we’ve been through.’ 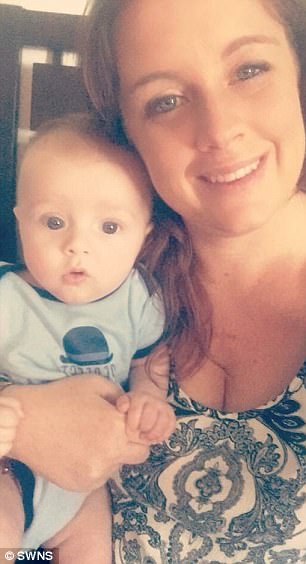 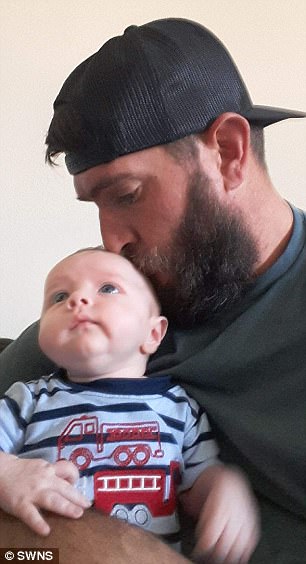 More children: The couple want to have more kids in the future and get married

No way I could do that: Kirt said that when he looks at Rowan, he realizes there is no way he could relapse

Originally, Kathleen’s family weren’t thrilled to hear about her pregnancy but now they’re so proud of how far she has come.

She said: ‘My parents love their grandson and I call them all the time. I can talk to them about anything now, and it was never like that before.’

The pair, who see marriage and more children in their future, believe they would never have reached sobriety alone.

Kirt said: ‘We are just stronger together, and we had each other to lean on which is what made it different this time. Rowan has just made our lives so happy.’

‘Of course as an addict you always have those worries that you might relapse or use again but when I look at him I realize there is no way I could do that to him or Kathleen.’