Drug addict who strangled girlfriend to death for money

Police said they believed ‘vicious and parasitic’ Craig O’Sullivan (pictured), 40, had ‘desecrated’ Gemma Leeming’s body in a bid to persuade authorities he was psychotic

A drug addict who strangled his girlfriend to death for her money before placing a 10 pence piece on her right eye and scrawling a message in blood on her chest has been jailed for life.

Police said they believed ‘vicious and parasitic’ Craig O’Sullivan, 40, had ‘desecrated’ the body of Gemma Leeming, 30, in a bid to persuade authorities he was psychotic.

It is also thought he may have been trying to make it appear as though she had been the victim of a crazed lunatic.

O’Sullivan used his girlfriend’s blood to scrawl ‘you can’t have my brains’ on her chest. He also wrote the words ‘no brains’ with mascara on her face.

The body of the mother of two was found on a bed at an address in Chorley, Lancashire, after police were called on the evening of May 23.

A post-mortem examination showed she had been strangled with a ligature.

O’Sullivan had tried to cover the ligature marks with make-up and had attempted to dispose of her blood-stained clothing, said police.

On Tuesday, O’Sullivan, from Chorley, was sentenced at Preston Crown Court to serve a minimum of 17 and a half years in jail before he can be considered for parole.

The defendant had pleaded guilty on Monday to the charge of murder.

Following sentencing, Detective Inspector Paddy O’Neill from Lancashire Police’s major investigation team said: ‘Craig O’Sullivan is a vicious, manipulative and parasitic man, whose greed drove him to take Gemma’s life in the most sickening manner, all so that he could satisfy his addiction to Class A drugs.

‘Witnesses told us that in the few weeks Gemma and O’Sullivan were together Gemma had been really happy.

‘Other witnesses told us that at the same time O’Sullivan had openly told them that he was only with Gemma because she had a ready supply of controlled drugs.

‘In the hours prior to Gemma’s discovery, O’Sullivan spoke to a local officer and showed her a picture of someone other than Gemma, claiming that this lady was the love of his life.

‘On the night of the murder we understand Gemma had been paid a sum of money in O’Sullivan’s presence, and had also received a quantity of drugs that she was to sell on.

‘Later that night we believe O’Sullivan strangled Gemma and stole the drugs and the money.

‘He then went to considerable efforts to hide what he had done and to avoid detection.

‘We believe he desecrated Gemma’s body in an attempt to persuade those who may judge him in the future that he was suffering from some sort of psychotic breakdown.

‘Gemma’s life story is indeed a sad one and it is clear she made some bad choices.

‘However, she had two children and a wider family who loved her and who hoped one day for a reconciliation with her. O’Sullivan’s actions have robbed them of that opportunity.’ 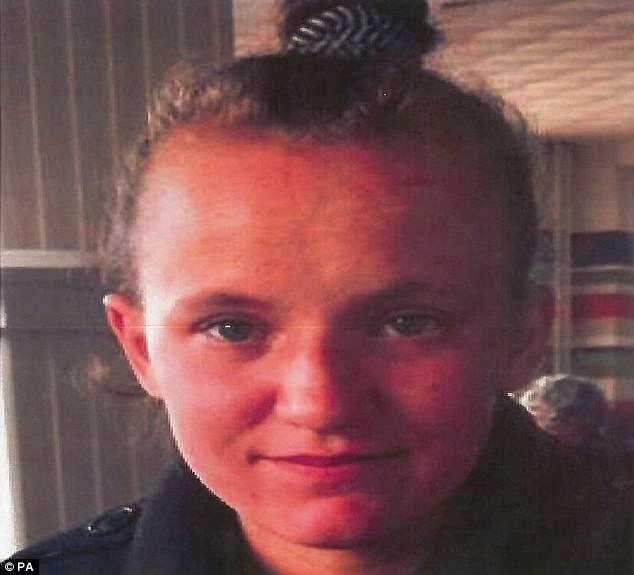 ‘We had like a brother and sister relationship where Gemma had my back and I had hers.

‘When I found out she had passed away my heart sank. I was shocked.’

He described O’Sullivan as a ‘vile human being’ who had been jealous of their close friendship, and had stopped her speaking to him.

He added: ‘Gemma didn’t deserve to be gone so soon.’

After leaving high school Ms Leeming became a nursery worker at Learning Steps Day Nursery in Chorley and did a modern apprenticeship.

She left the nursery and took a break from working to be a full-time mother to her son and daughter.

On Facebook she described herself saying: ‘I enjoy listening to music, going for walks, being with friends and like to take on new challenges.’