A Swiss aristocrat who killed his friend with a candlestick is to be freed from jail – because he thought his victim was a green alien.

British graduate Alex Morgan, 23, was on an Alpine skiing holiday when he was brutally attacked by drug-addled millionaire art-dealer’s son Bennet von Vertes.

Vertes was so high on cocaine and ketamine at his parents’ chalet that he says he mistook his friend for an extra-terrestrial.

The playboy, 34, was initially jailed for 12 years for the crime – but three judges have now downgraded his manslaughter conviction on appeal to the lesser charge of ‘negligent killing’. 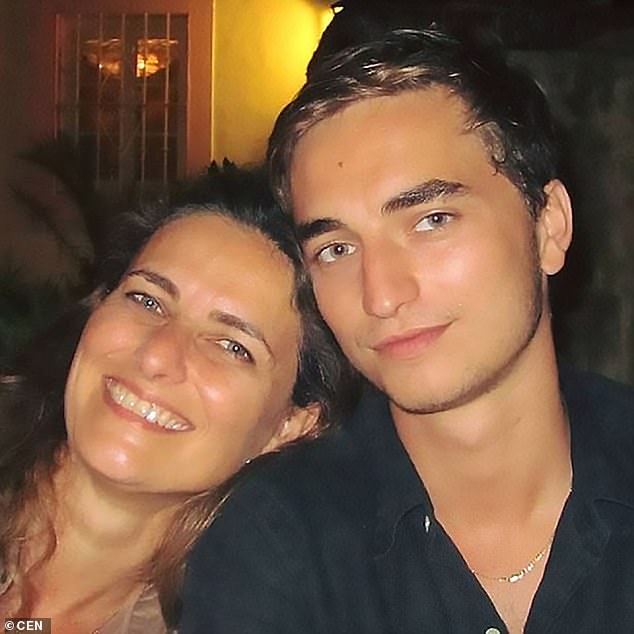 Because Vertes has served three years already, he will now be freed after therapy for drug addiction.

Last night Mr Morgan’s mother Katja Faber said: ‘As I realised they were going to let him out I was horrified and felt sick.

‘They are giving him his freedom because he was so high he did not know what he was doing. But what kind of excuse is that? It’s crazy.’

Miss Faber, 55, a barrister who is separated from Mr Morgan’s British financier father, added: ‘My darling Alex was a kind, intelligent son who deserved a good life. At least when his killer was convicted it gave us some sense of justice. But this has turned my whole world back upside down.’

The mother of three continued: ‘The defence were arguing that it can’t have been an intentional killing because it was so brutal and they were such close friends.

‘Well, first, they just knew each other, they weren’t close friends. And second, it is so illogical. If the killing had been less brutal, he would have been guilty, is that what they were saying?

‘We are just bereft. It was so awful. The judge actually said to him in the dock – as if he was nothing more than a naughty schoolboy – something like: ‘You had better do the drug rehabilitation because we all know what happens when you take drugs, and we don’t want that again, do we?’

On December 30, 2014, during a skiing holiday, Mr Morgan went to the Vertes villa on the Gold Coast of Lake Zurich.

As a snowstorm raged he and Vertes partied – but Vertes took alcohol, ketamine, cocaine and sleeping pills which sent him into a psychotic state with paranoid delusions. The aristocrat has said he thought his British friend was a green alien who was trying to kill him. Vertes stabbed Mr Morgan with shards of glass from a coffee table and caved his head in using a metre-long candlestick and a golden sculpture. He then rammed the candlestick down his victim’s throat, choking him to death.

Vertes was convicted of ‘voluntary manslaughter’ in 2017. His trial heard Vertes was said to have repaid his father’s indulgence by attacking him in 2011. 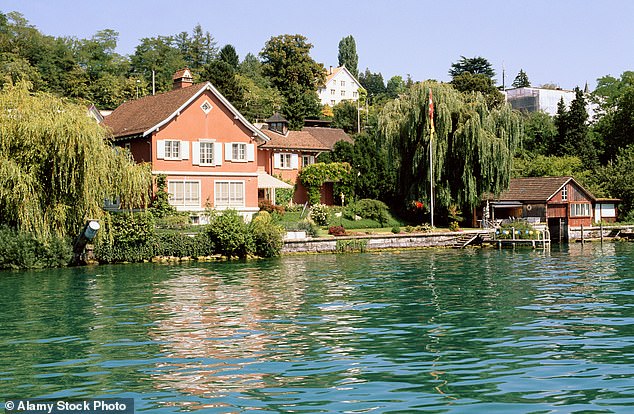 On December 30, 2014, during a skiing holiday, victim Mr Morgan went to the Vertes villa on the Gold Coast of Lake Zurich (pictured) and partied with Vertes. who took alcohol, ketamine, cocaine and sleeping pills which sent him into a psychotic state

Two months before Mr Morgan’s killing, Vertes was accused of raping an ex-girlfriend in a five-star London hotel. He was also accused of attempting to push her from a moving taxi in Ibiza.

The ex-girlfriend told the 2017 trial how he had suddenly turned on her in the hotel, where they were attending an art fair – hurling her against the bath, beating her and holding a towel over her face, to the point where she felt she would die. He then raped her, she told the court.

He was found guilty of the sex attack – but Vertes’s lawyer, Thomas Fingerhuth, successfully argued that on this occasion he was also unaware of what he was doing due to his drug use.

On Wednesday, three judges at Zurich’s supreme court accepted the appeal relating to Mr Morgan’s death. Vertes was also cleared of the rape.

He will stay in prison until a clinic is found for his rehab. The course is likely to last about a year. Vertes told the court: ‘I think every day about [Mr Morgan] and what happened. I loved him like a brother. I want to complete the therapy but in freedom. I will do everything to stop taking drugs.’

Prosecutors and Mr Morgan’s family are now considering a counter-appeal.