Drug-addled L-plater, 19, who mowed down and killed boy begs for forgiveness

A learner driver who mowed down a 15-year-old boy while high on marijuana has begged for forgiveness after being spared jail.

Rouxle Le Roux, 19, ploughed her friend’s Mercedes into cyclist Nathan Kraatskow, 15, on Oteha Valley Road in Auckland’s north-shore on May 18.

Last week she was let off with just 11 months of home detention and 250 hours of community work, causing outrage across New Zealand.

Rouxle Le Roux, 19, a learner driver who mowed down a 15-year-old boy while high on marijuana, has begged for forgiveness after being spared jail 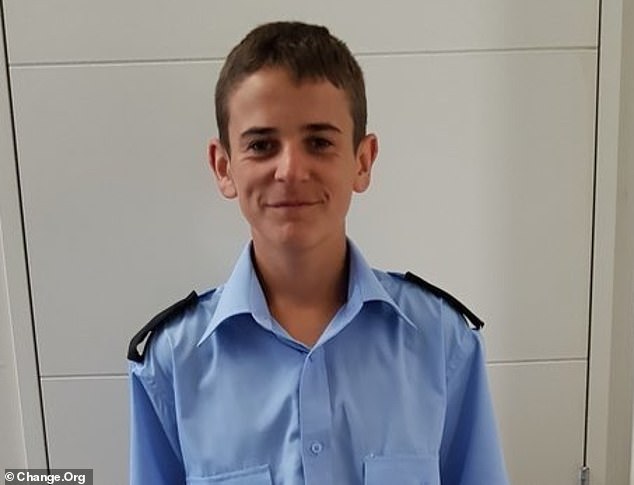 The teenager took 16 hours to hand herself in to police after the hit-and-run, by which time the alcohol and marijuana she took that night we untraceable.

She later posted a Halloween photo of herself in an orange prison jumpsuit and scary makeup to Instagram with the caption ‘hide your children’.

After receiving death threats on social media over the crime and subsequent sentence, Le Roux spoke of her agonising guilt at robbing Nathan’s family of a son.

‘I want people to know I am no psycho with no heart,’ she told the New Zealand Herald.

‘I think about Nathan all the time. Every time I look at the moon and stars I pray and say sorry to his family. I pray that I can make it right somehow.

‘I have really down days where I don’t feel like going on any more. I am sorry and know words will never bring him back.’ 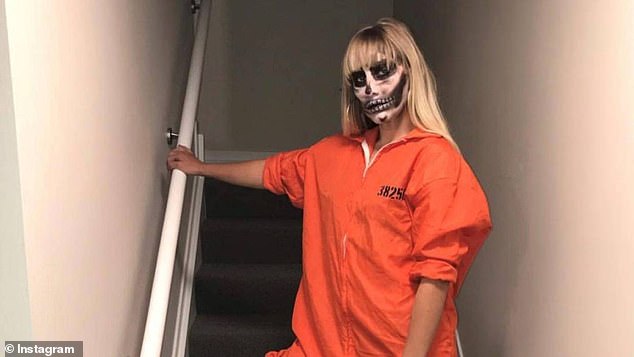 The 19-year-old student at Mahurangi Technical Institute, had been drinking wine and smoking cannabis on the night of the fatality and shared a Halloween selfie with her 1.72k Instagram followers in a prison jumpsuit with the caption ‘hide your children’ 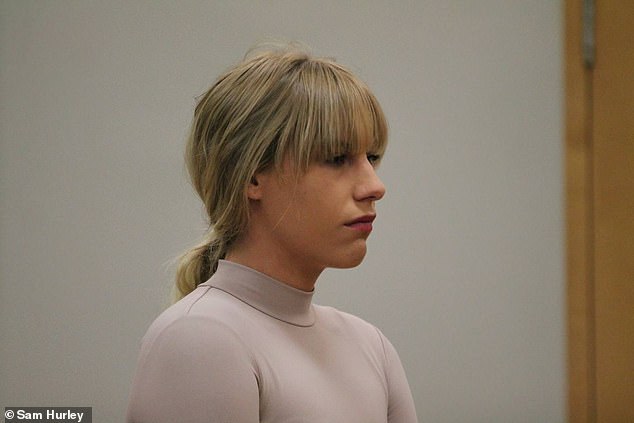 Rouxle Le Roux, 19, ploughed her friend’s Mercedes into cyclist Nathan Kraatskow, 15, on Oteha Valley Road in Auckland’s north-shore on May 18

Le Roux insisted she only had one glass of wine and two bongs of marijuana that night, but knew as a learned she shouldn’t have driven.

She was driving two friends home and hit Nathan at an intersection as the boy rode through a red light without a helmet while he had headphones in.

Le Roux claimed she knew she hit something but didn’t know it was a person, and he friends told her to keep driving.

The next day her mother thought she was too distraught after reading about the accident to go to the police until she calmed down.

She had what she described as a ‘really hard life growing up’ after her father left when she was young and she moved from South Africa with her mother and brother.

The wayward girl then left school at 13 and endured two ‘toxic’ relationships, and was only just getting back on her feet.

However, Le Roux said she knew none of these were excuses and she alone was responsible for what happened and would try to change. 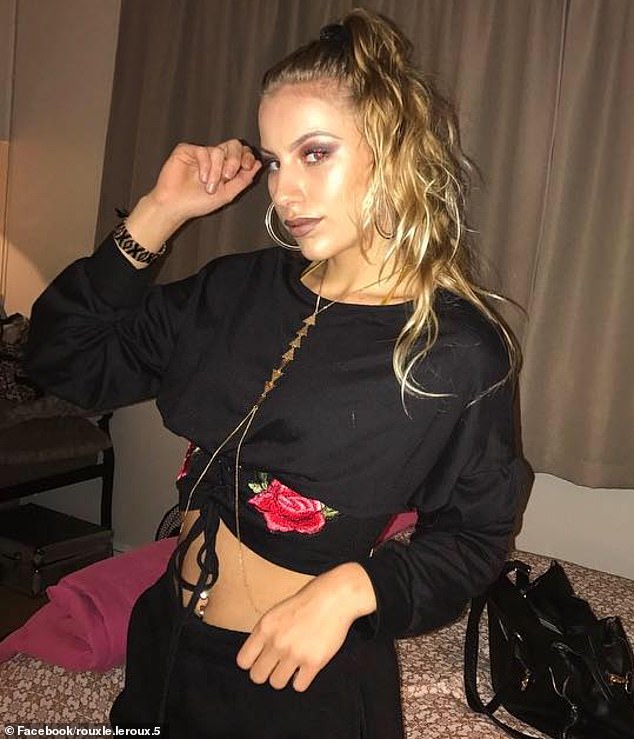 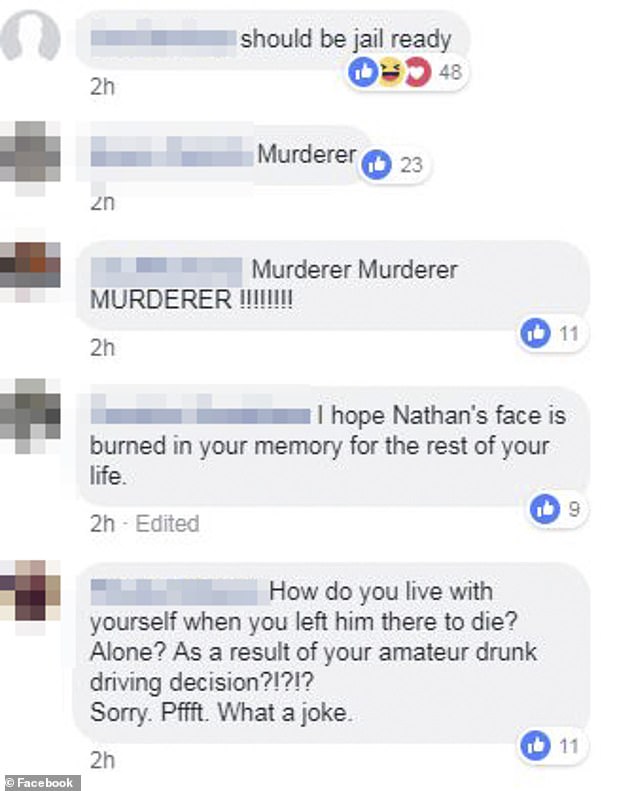 Despite Le Roux’s name at the time being suppressed, she was a victim of online bullying after someone had contacted her classmates and notified them of the incident

She completed a Community Alcohol & Drug Services course along with others to teach her life skills that helped her understand what she had done.

Le Roux also wrote a mournful letter to the judge and Nathan’s family in an attempt to explain her actions and beg for leniency.

‘I now know first-hand why my actions were dangerous, and would do anything to take it back… It is a very long road to recovery and is something I will have to live with and carry with me for the rest of my life,’ she wrote.

How the Horror Crash unfolded

Nathan Kraatskow was cycling home from a friend’s place in Hobsonville, Auckland

Le Roux was driving 11km an hour over the speed limit, had been drinking wine and smoked cannabis that night

The damaged car was driven to a friend’s house

The next day, Le Roux’s mum and Sam went to a panel beater to seek advice about the damaged car

16 hours later, Le Roux and the two passengers went to the police

Le Roux was banned from driving for two years and six months but said she found being a passenger ‘traumatic enough’.

She also apologised for posting photos on social media that ‘where I look happy’, but insisted that didn’t mean she wasn’t remorseful.

None of it swayed Nathan’s mother Charlene Kraatskow, who refused to speak to her or even read the apology letter.

‘I have nothing to say to her. I don’t know if I can find it in my heart to forgive her. Just everything I’ve seen of her and everything she’s done, I don’t believe anything she says,’ she said.

Ms Kraatskow earlier started a petition calling for Le Roux’s sentence to be increased, signed by well over 100,000 people.

‘Our 15 year old son Nathan was killed in a hit and run and the 19 year old girl that killed him while under the influence of drugs and alcohol only got 11 months home detention,’ it read.

‘Because of her mental state and no previous convictions and because of her rough up bringing. What about my son where is the justice here?’

Judge Nicola Mathers said there was ‘no purpose’ to sentence the teen to time behind bars.

There was no sign of forgiveness from Nathan’s father Orion Kraatskow either.

Mr Kraatskow said to the teenager in court ‘I don’t want to hear you say ‘sorry’ because I don’t believe it,’ Stuff New Zealand reported.

The family told the court of how they originally felt sorry for the girl but their minds changed when they were inundated with social media posts involving alcohol and partying while Le Roux was out on bail.

‘I just could not understand how someone could be so heartless and think this whole thing was a joke?’ Ms Kraatskow said. 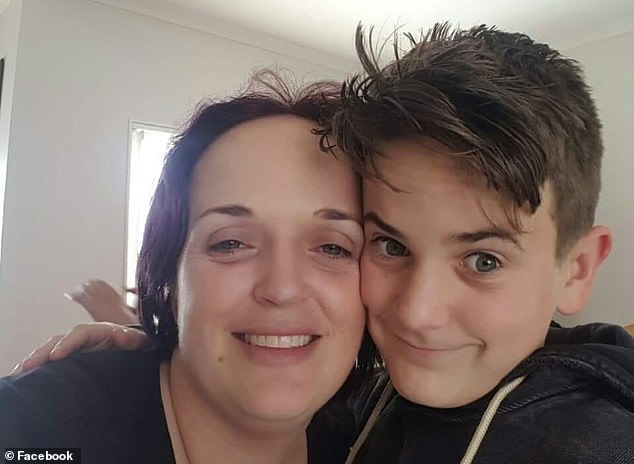 Nathan Kraatskow’s mother Charlene (pictured with Nathan) is outraged at the decision, demanding a reform be implemented 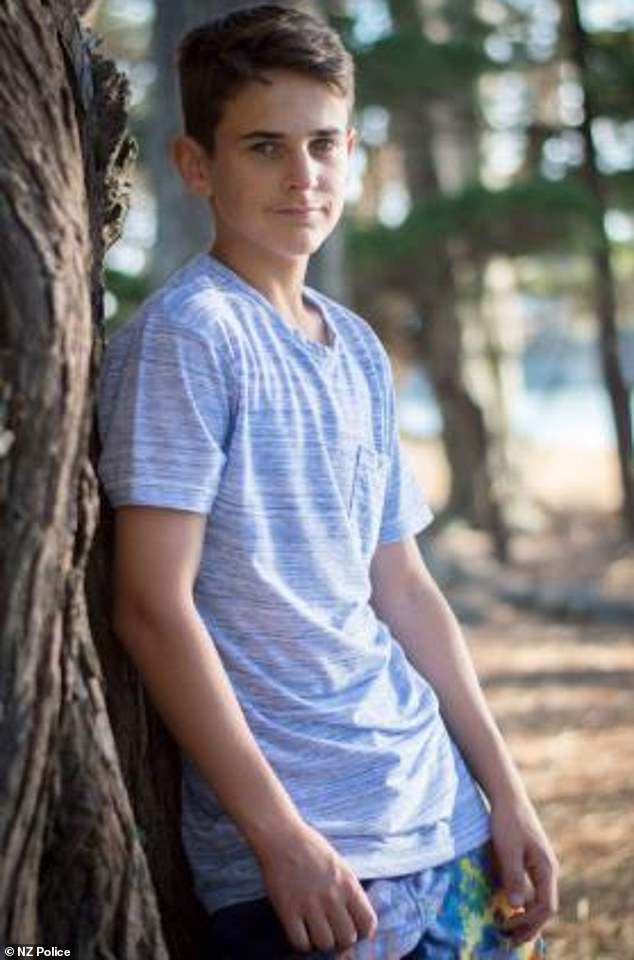 Rouxle Le Roux, 19, was a learner driver when she caused the death of cyclist Nathan Kraatskow (pictured), 15, on Auckland’s North Shore’s Oteha Valley Road on May 18

Belinda Sellars QC, the defendant’s lawyer, accepted on behalf of Le Roux the post to Instagram was ‘ill-thought out’.

It was also made known to the court the teenager had required hospitalisation for mental health since the crash.

Nathan Kraatskow was remembered as a caring and loving man who aspired to be in the Royal New Zealand Air Force from when he was five years old.

His funeral, at Schnapper Rock on Saturday 26 May, had more than 500 people in attendance.

‘My heart is absolutely broken, I don’t think it will ever get better, I think we will just learn to live without him’, Kraatskow’s mother said.