Drug cheat cyclist Lance Armstrong has put his Texas mansion on the market a second time for $750,000 less than it was touted for just two years ago.

The five-bedroom, seven-bathroom property located in the Old West Austin Historic District was listed for $7.5million on March 19, according to online records.

The mansion was originally built in 1924 but is state-of-the-art and includes seven living areas, a climate-controlled wine cellar, an outdoor pool and poolhouse complete with its own bathroom and kitchenette.

Lance Armstrong has listed his Austin mansion for $7.5million two years after it was first offered for $8.25million in a word-of-mouth sale, then withdrawn because he decided not to part with it 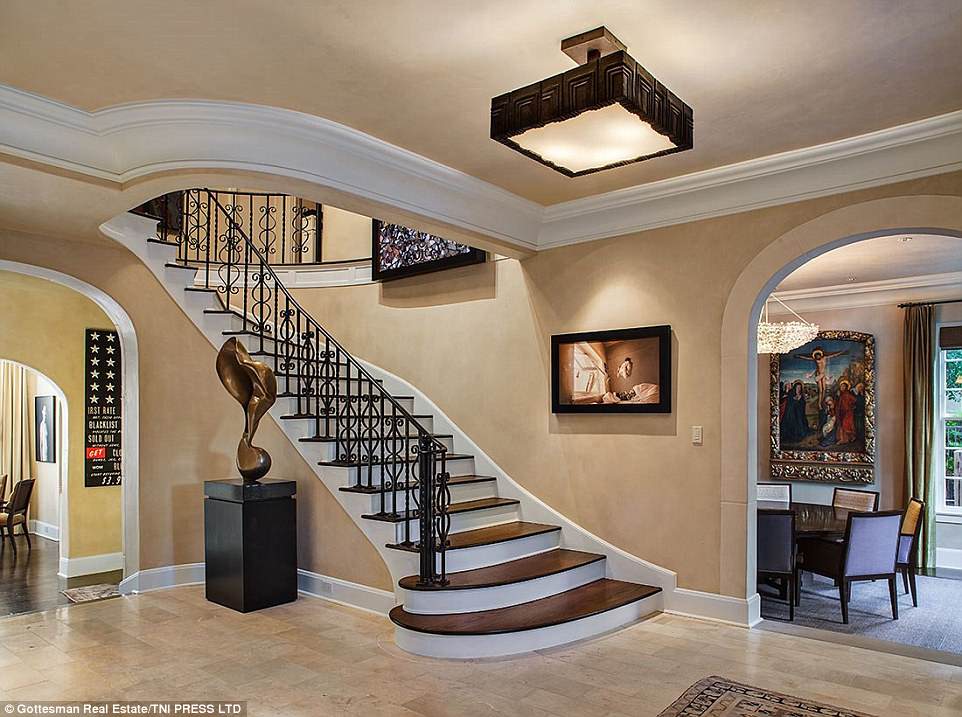 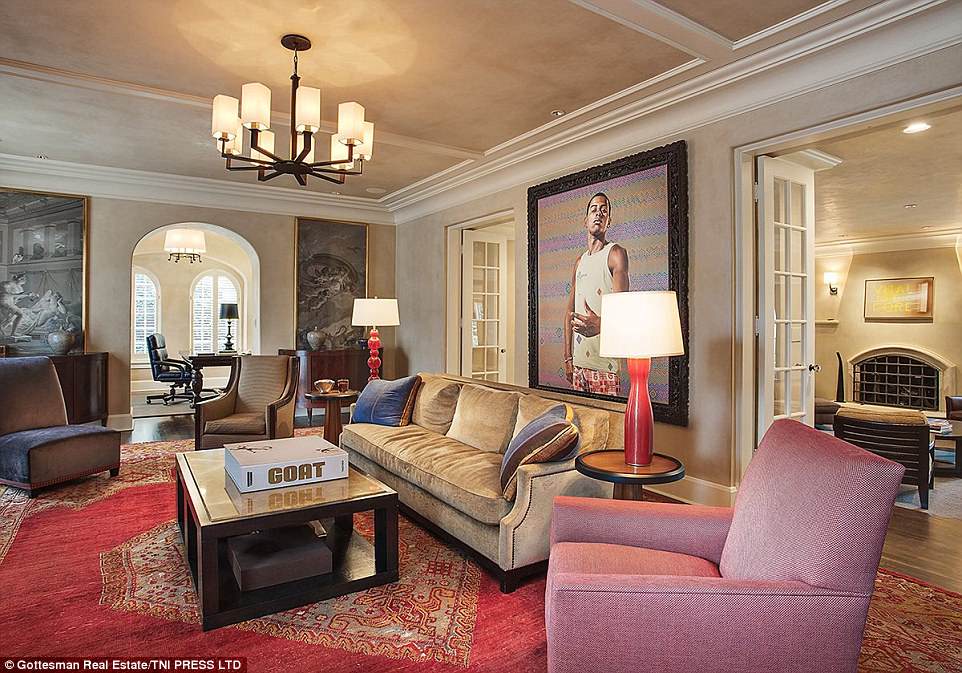 The property, located in the Old West Austin Historic District, is decorated with striking artwork throughout. In this large living room is GOAT, which stands for Greatest Of All Time, a tribute book to Muhammad Ali 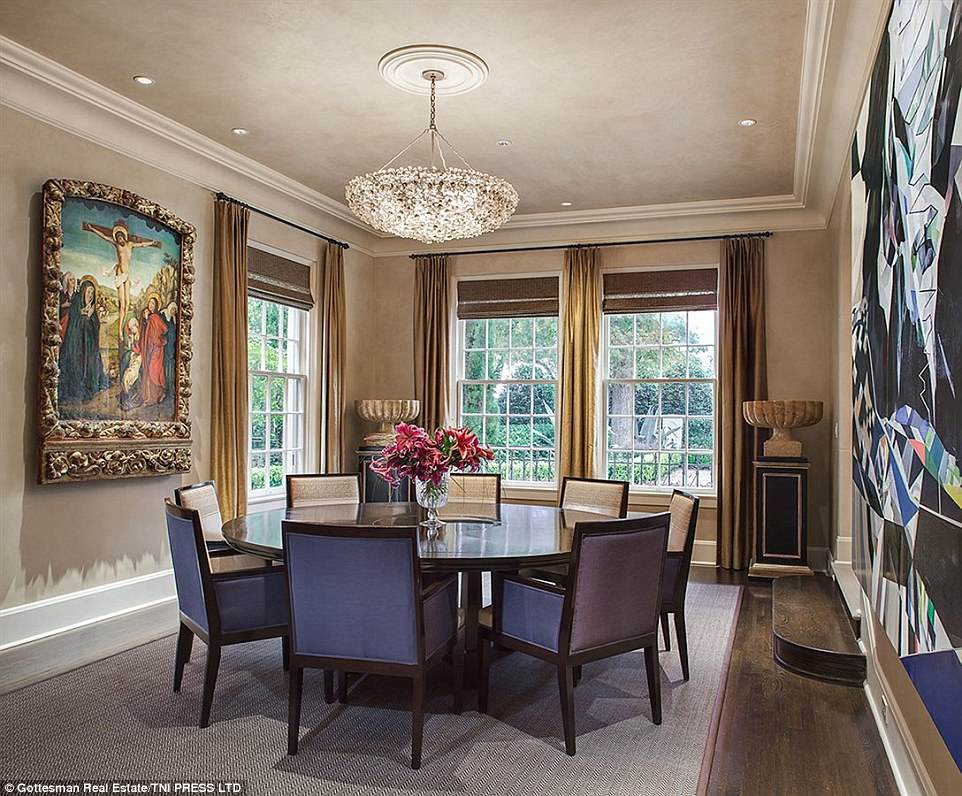 The home was first constructed in 1924 but given a full update in 2007 to include a pool and other modern amenities. There is plenty of space for entertaining, including in this dining room on the first floor 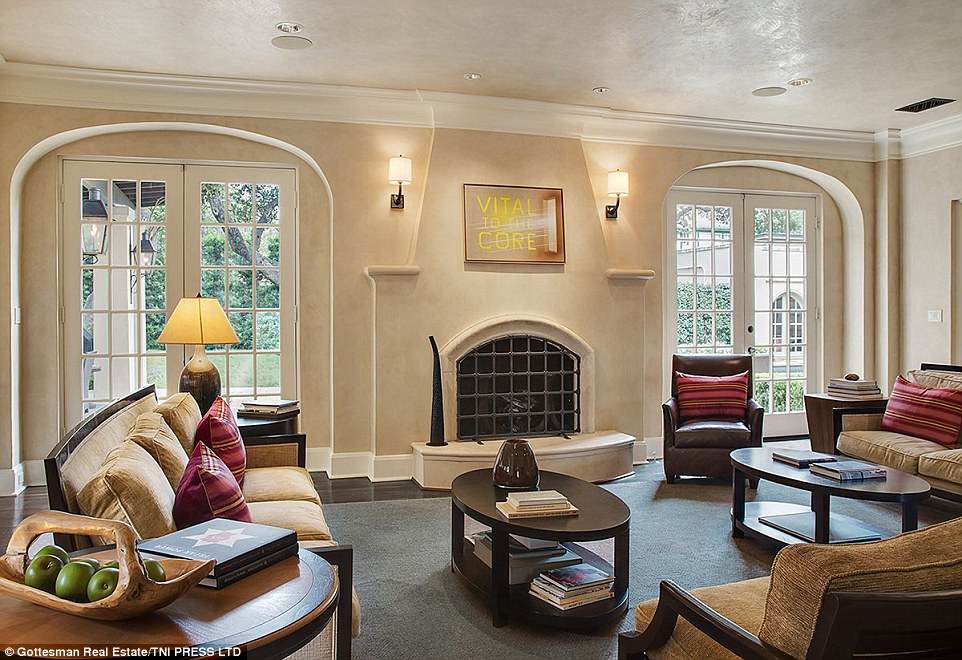 Armstrong currently lives in the property with fiance Anna Hansen and his five children, but the family are now looking to downsize to something more modest 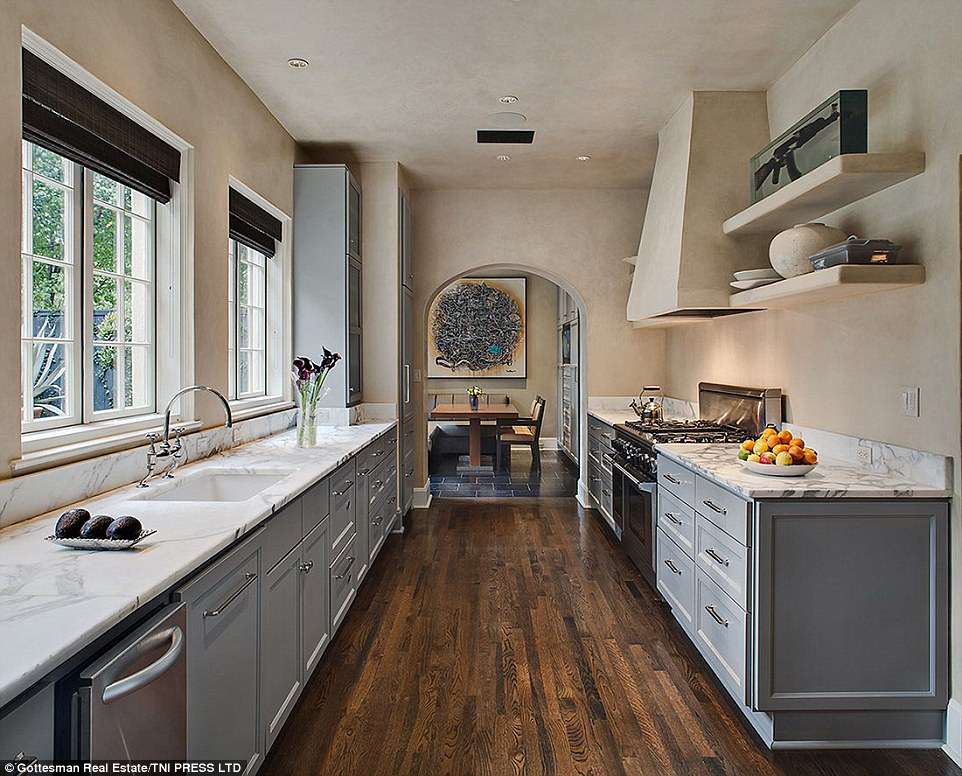 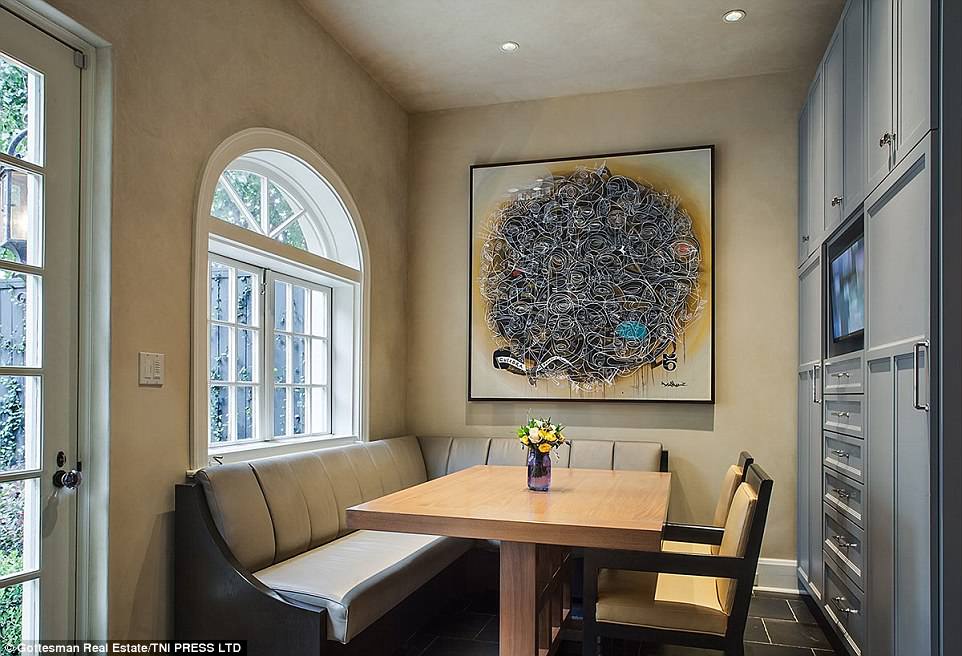 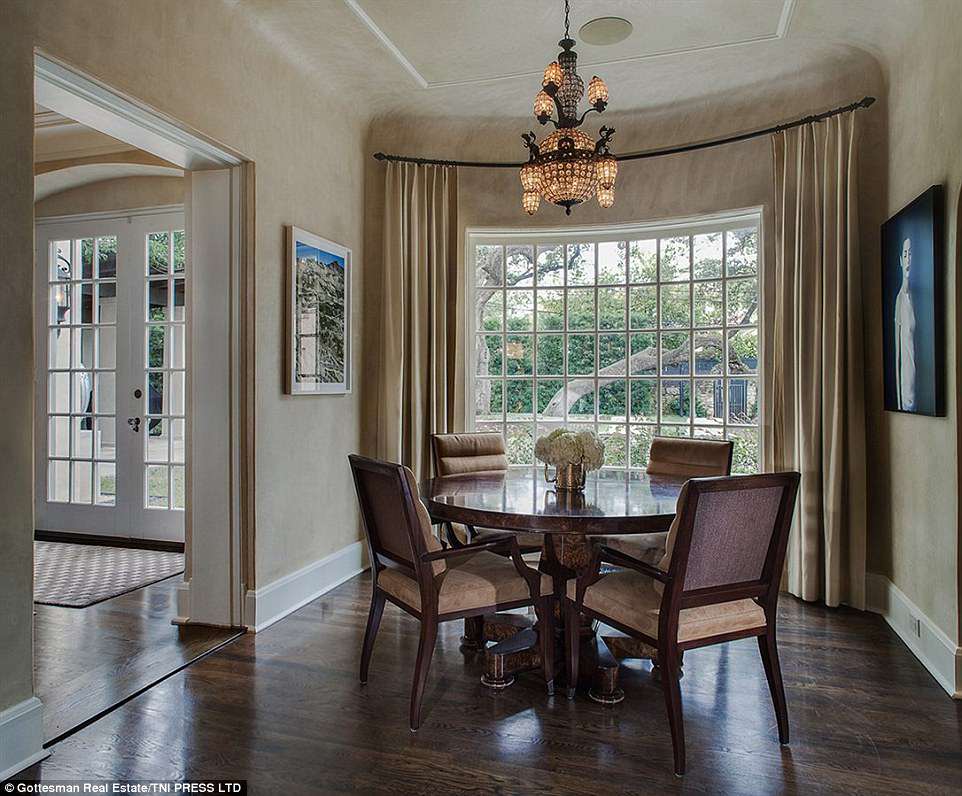 Agent Laura Gottesman said the property was first offered in 2016 but it was never officially listed. However, Armstrong is now determined to get rid of it and has listed it at a lower price 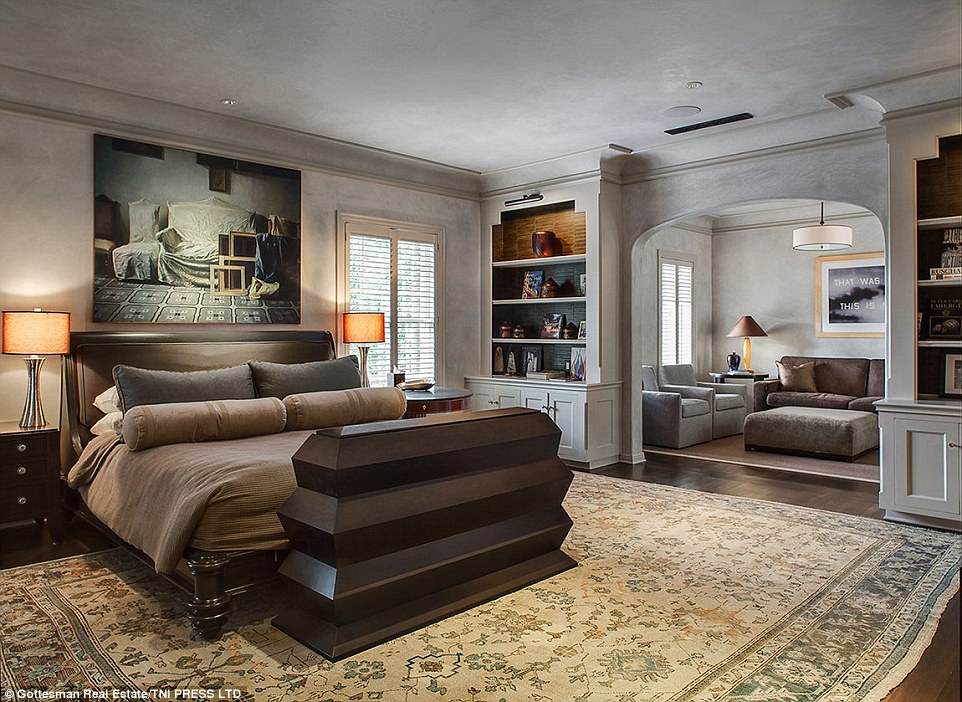 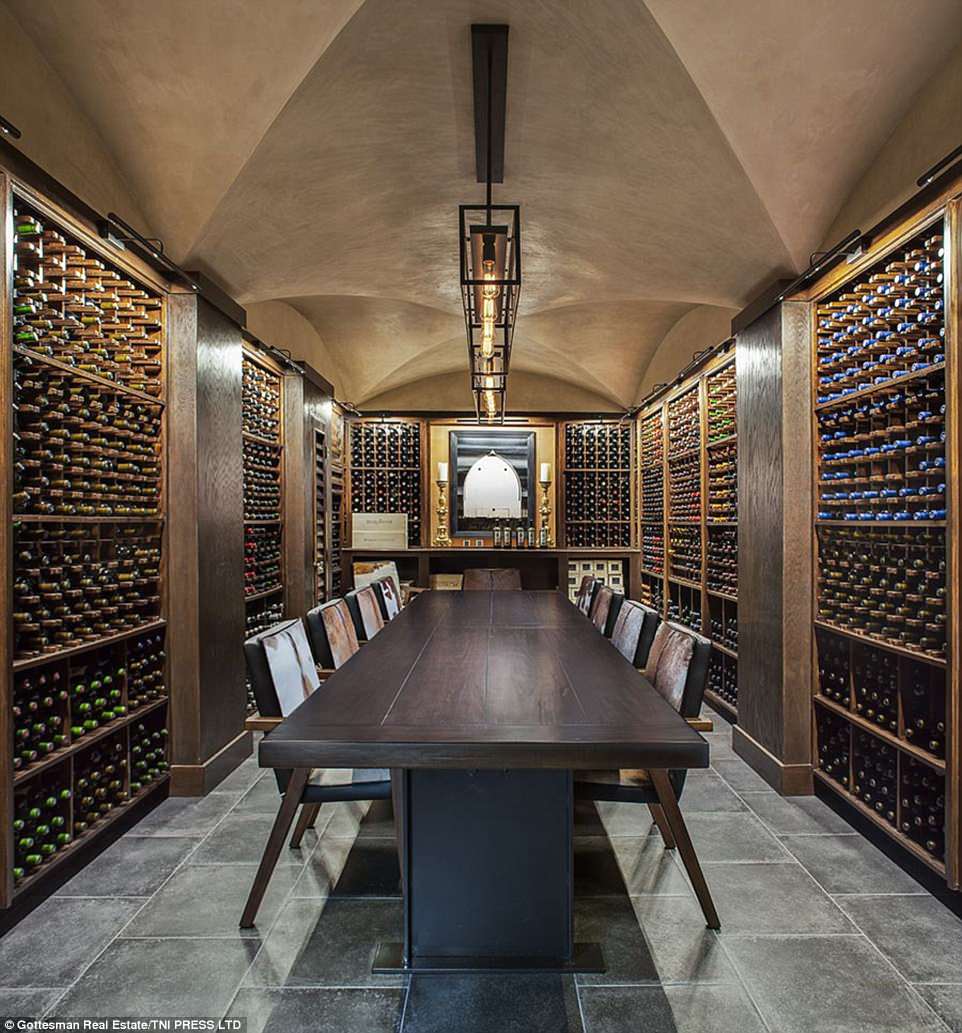 Armstrong first tried to sell the property in January 2016 with an asking price of $8.25million, but agent Laura Gottesman told BizJournal that it was never officially listed and was withdrawn after he decided not to part with it.

Now the athlete is determined to get rid of the property, where he lives with his fiance Anna Hansen and his five children, as they search for something more modest.

Gottesman said: ‘$8.2 was more of a “make me an offer” price. $7.5million is really where we can justify the valuation and it’s more appropriate for today’s market.’

The shamed athlete purchased the home in 2013 for an undisclosed sum having been forced to sell his previous Austin mansion following his admission that he used banned substances throughout his career.

He had asked $10million for his old home, which featured an upstairs media room decorated with his seven Tour de France jerseys before they were revoked, but buyer Al Koehler told the Austin American-Statesman that he ‘didn’t pay anything close to’ that price. 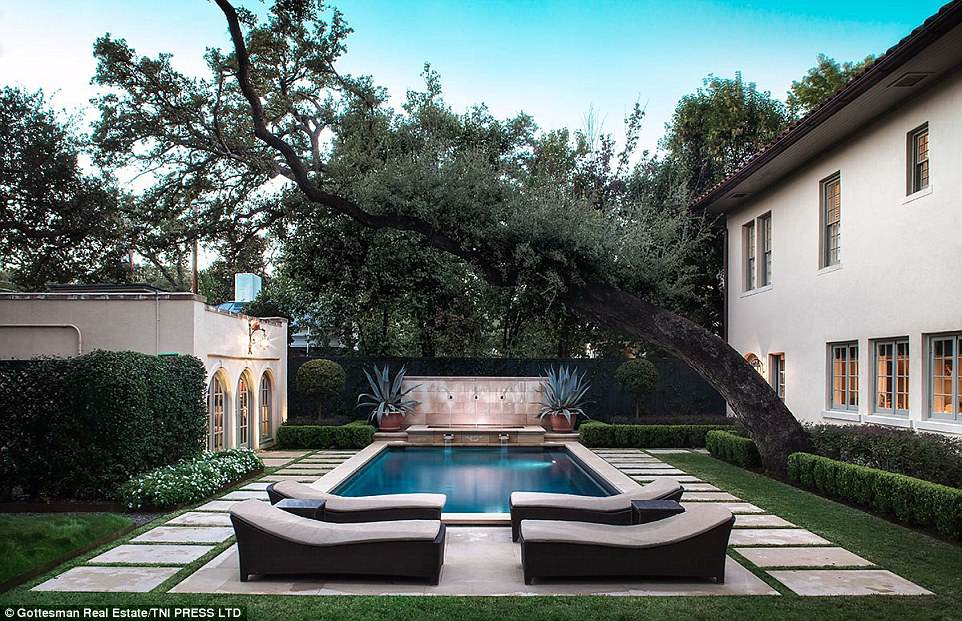 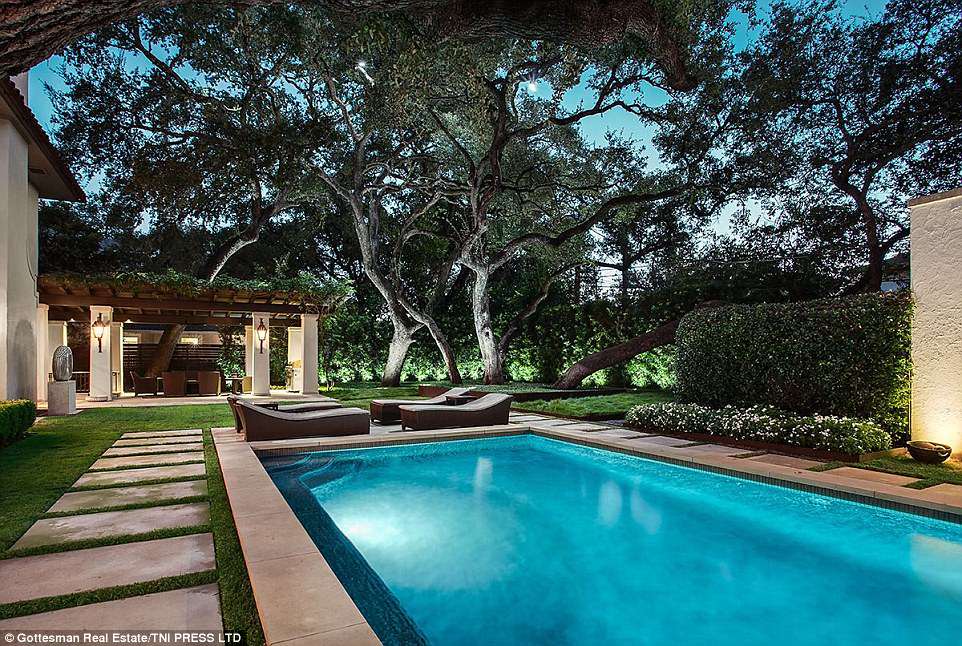 At the other end of the garden is a covered seating area for guests, and to the right is a poolhouse with its own bathroom 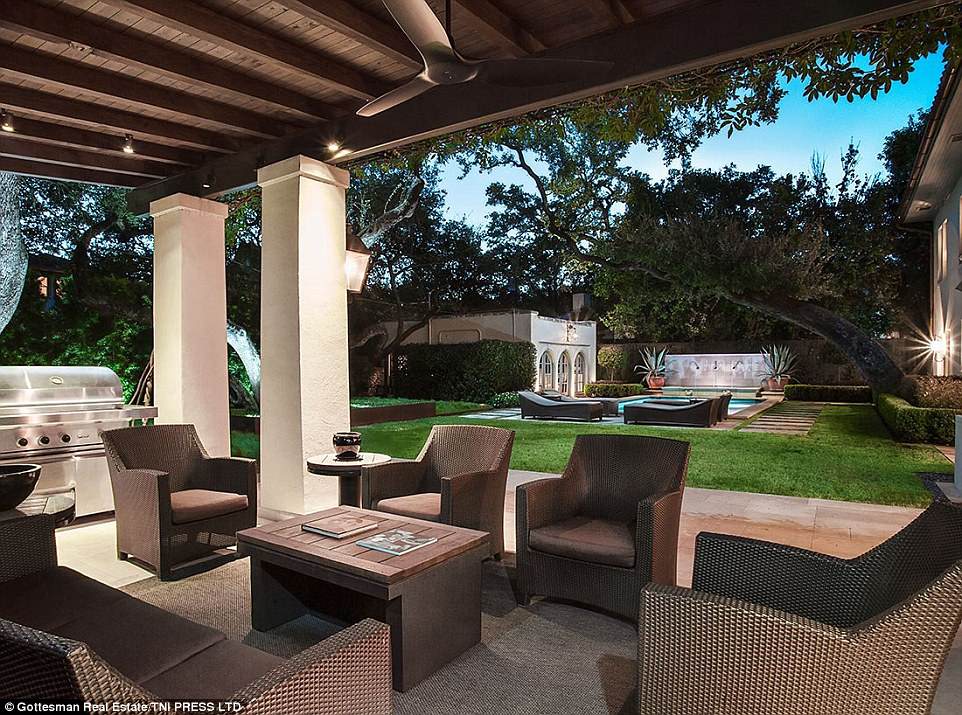 The seating area features a gas grill for barbecues on hot evenings. The home also has a sprinkler system in order to keep the garden looking green 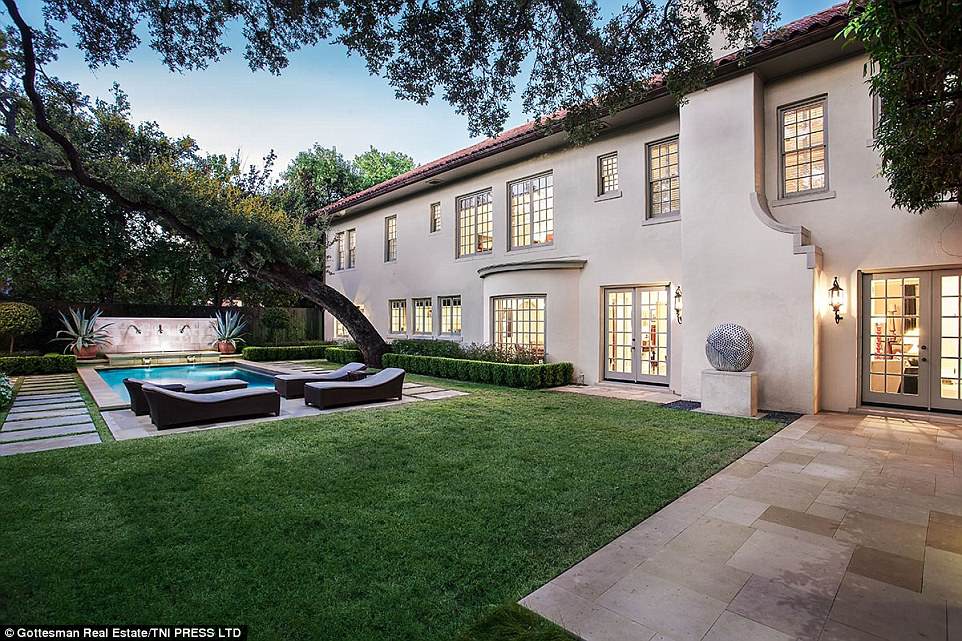 Armstrong bought this house after selling his previous 1.7acre Austin property for far less than the $10million asking price. He is now downsizing again, according to the letting agent 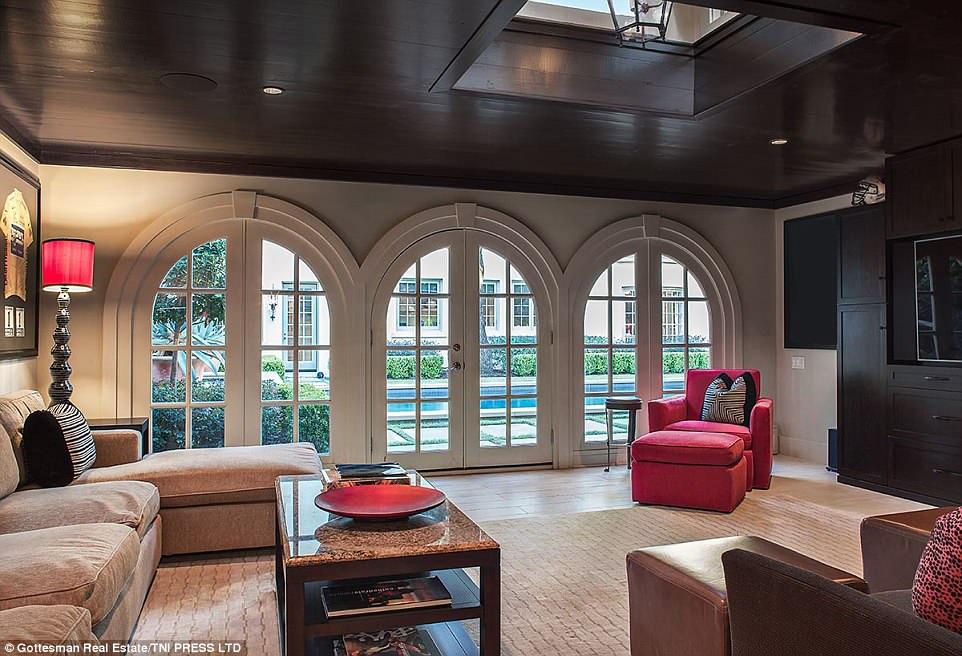 Next to the pool is an outbuilding which features a kitchenette and separate bathroom. On the wall is what appears to be a picture of a Tour de France yellow jersey. Armstrong won seven during his career, but was later disqualified for cheating 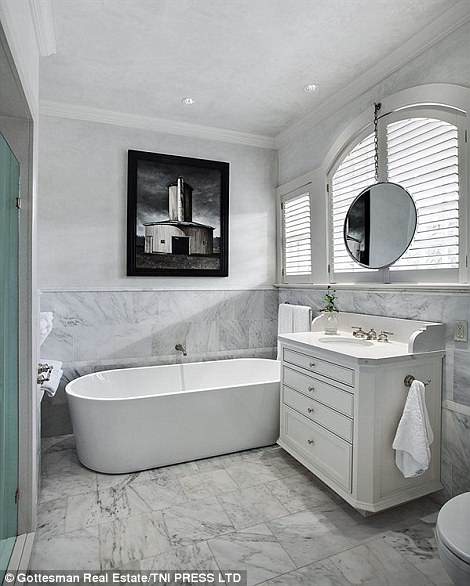 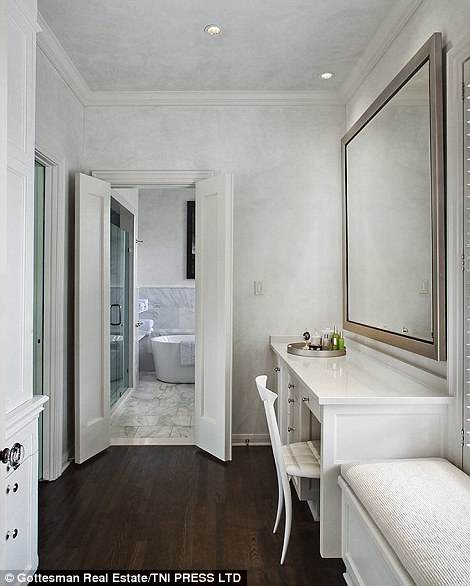 The main house features a total of five bathrooms, including his and hers suites that are located off the master bedroom 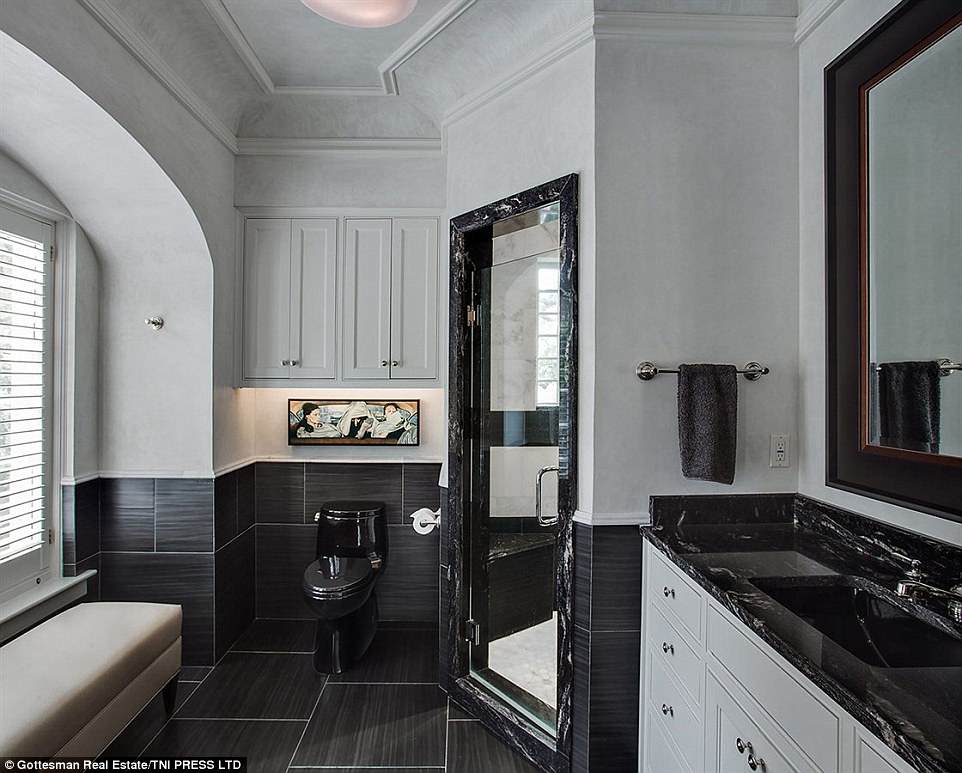 The Mediterranean-style home has a high-tech alarm system, air conditioning throughout and a surround sound system

Public records show Koehler took out a loan of $3.1million for the property, though it is not clear if this was the final purchase price.

Armstrong also sold his house on Lake Austin in 2013 to race car driver Bret Curtis for an undisclosed amount, according to public records.

His current home was built in a Mediterranean style and updated in 2007 with a pool, spa and attached garage.

The mansion has a master suite with a private sitting area and his-and-hers bathrooms, a high-tech alarm system, gated entry, central air conditioning, a sprinkler system and surround sound.

In addition to the pool, the backyard features an outdoor dining area and a pool house equipped with a full bathroom and kitchenette.

The historic home also has a wood-burning fireplace and an underground wine cellar with enough space for entertaining.