A drug dealer who crashed into and killed a grandmother as he fled police on a motorbike has been jailed for eight years.

Jack O’Donnell ignored a red light as he rode off in Cambridge in February and ploughed into 67-year-old Lesley Bello-Hernandez as she used a pedestrian crossing.

Mrs Bello-Hernandez died at the scene from catastrophic head injuries. In a tragic coincidence, her daughter had also been seriously injured in a crash at the same spot a decade earlier.

Cambridge Crown Court heard that police in an unmarked patrol car pulled up behind O’Donnell, who had his girlfriend riding pillion, on the afternoon of 13 February.

He rode off at twice the 20mph speed limit, but police did not pursue him.

O’Donnell then rode through a red light at temporary roadworks, where Mrs Bello-Hernandez was crossing.

He slammed into French teacher Mrs Bello-Hernandez, who died shortly afterward. O’Donnell was arrested at the scene, where 26 wraps of class A drugs were recovered. 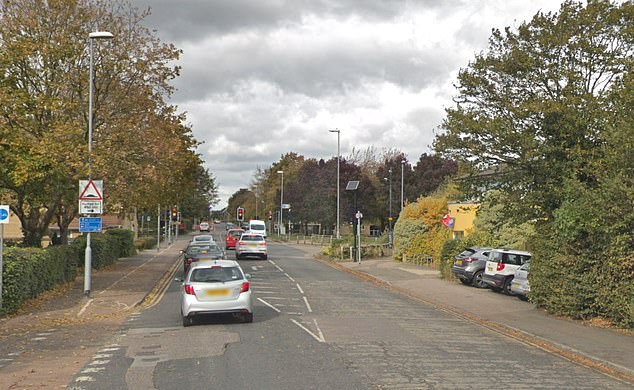 The drugs, a mixture of cocaine and heroin, were examined and found to have a street value of £260.

He has now been sentenced to eight years at Cambridge Crown Court. He was also disqualified from driving for nine years.

Speaking after the case, PC Kevin Drury, said: ‘This was a heartbreaking case which has left Mrs Bello-Hernandez’s family devastated.

‘The manner of O’Donnell’s driving that day killed a 67-year-old woman who was simply crossing the road at the green light.

‘It takes a matter of seconds for a situation to change and for the consequences to become fatal. There is absolutely no excuse to ever drive in the way O’Donnell did that day.’