Drug dealer spared jail after Geordie Shore star Aimee Spencer, 27, fell to her death from his luxury flat is now locked up for three years after appeal judges rule sentence was too lenient

Aimee Spencer, a 27-year-old glamour model, had fallen from his flat’s kitchen window having consumed cocaine and ketamine

A drug dealer arrested after Geordie Shore star Aimee Spencer plunged to her death from his luxury flat was locked up at the second time of asking today.

Daniel William Lewis, 30, received a two-year suspended sentence after he admitted drug offences, including possessing LSD and cocaine with intent to supply.

But today three senior judges at London’s Appeal Court ruled his punishment ‘unduly lenient’ – and locked him up for three years.

Lewis was in his seafront flat in Chichester Terrace in Brighton when police arrived on July 11 2016, said Lord Justice Holroyde.

Aimee Spencer, a 27-year-old glamour model, had fallen from the flat’s kitchen window having consumed cocaine and ketamine.

‘She fell to the ground below, sustaining injuries from which she sadly died seven days later without regaining consciousness,’ he added.

A post mortem toxicology report revealed the presence of ketamine and cocaine in her blood.

‘Mr Lewis was in the flat when police arrived. They found him in a naked and agitated state – sweating profusely and clearly under the influence of drugs.’ 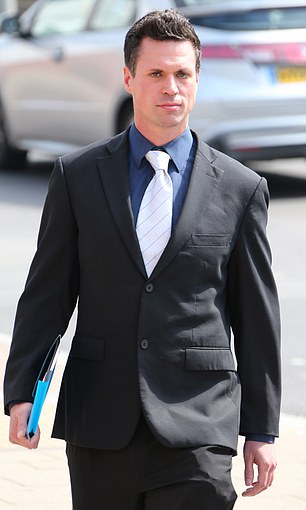 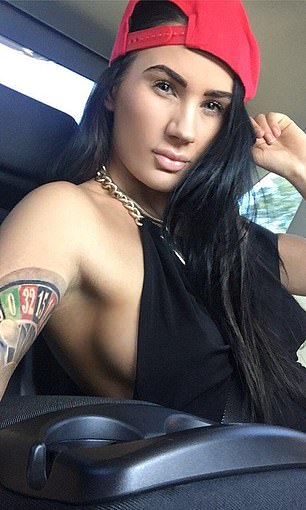 Daniel Lewis (left) received a two-year suspended sentence after he admitted drug offences, including possessing LSD and cocaine with intent to supply. Ms Spencer (right) who fell to her death from the window of his home appeared on Geordie Shore

Lewis’ partner said later that a drug-fuelled party took place at the flat over much of the weekend.

‘When she left for work on Monday morning, she left Miss Spencer and Mr Lewis at the flat and both were still heavily intoxicated,’ said the judge.

Lewis received a two-year suspended sentence at Lewes Crown Court last November after the sentencing judge said he had been dealing drugs on a large scale.

But Lord Justice Holroyde added: ‘The judge made clear that she accepted Lewis was not responsible for the death of Aimee Spencer, but that it was the consumption of class A drugs which led to that death. 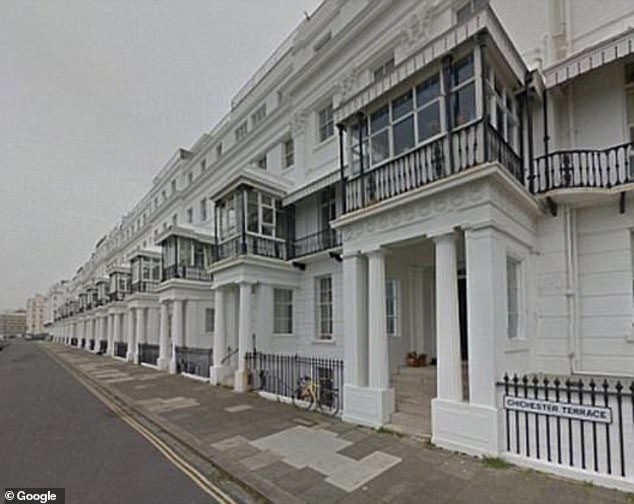 ‘She referred to Mr Lewis as peddling great misery by doing that drug dealing.’

His lawyers disputed that he had dealt drugs on a substantial scale, insisting that he only supplied friends and acquaintances.

The former body builder, who had inherited a trust fund from his grandfather, supplied his merchandise across the Brighton party scene. 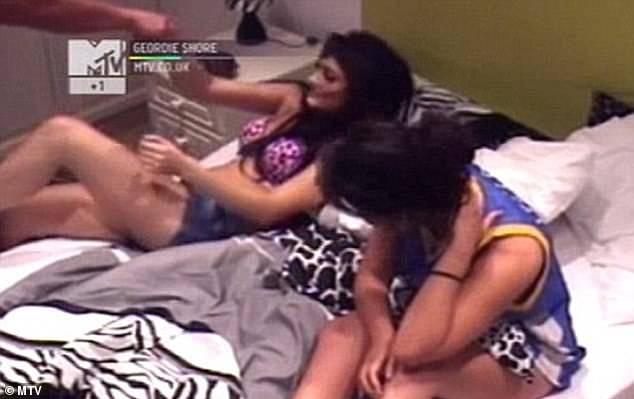 His legal team also highlighted his previous good character and efforts to ‘transform his life’.

He has completed 233 hours of unpaid work since the suspended sentence was passed and has left the Brighton area.

And the court heard he has since cleaned up his act and now plans to qualify as a dog trainer.

There were multiple aggravating factors in the case which called for a prison stretch, he ruled.

‘For all these reasons we are satisfied that the sentence here was unduly lenient.

‘We are of the clear view that these offences demanded a total sentence of a length exceeding that which could be suspended.