A millionaire drug lord’s empire came crumbling down when one of his drug mule’s was attacked and subsequently replaced by an undercover police informer.

Ivan Tesic, 45, was last week jailed for almost nine years after he was convicted for possession of more than $5million worth of the drug ice.

The kingpin had more than two decades of run-ins with police across Australia, but it was an insider who eventually undid the intricate operation.

Dark’s ears were cut off and his body burned in the attack, but he survived.

Regardless, Tesic was in need of a new man to move drugs for him, and his choice eventually turned into a police informant.

Tesic, the son of a factory worker turned Gold Coast nightclub figurehead, was revealed to have sent text messages insinuating he would launch a ‘revenge attack’ against the group that attacked Dark.

The jury didn’t hear of the text messages before they passed a verdict, largely due to Tesic’s lawyer arguing they would be ‘inflamed’.

However, they were later revealed.

A message from his then-fiancee, bikini model Natalie Charalambous, had read: ‘Fully what did they do? Chopped his ears right off or what?’ 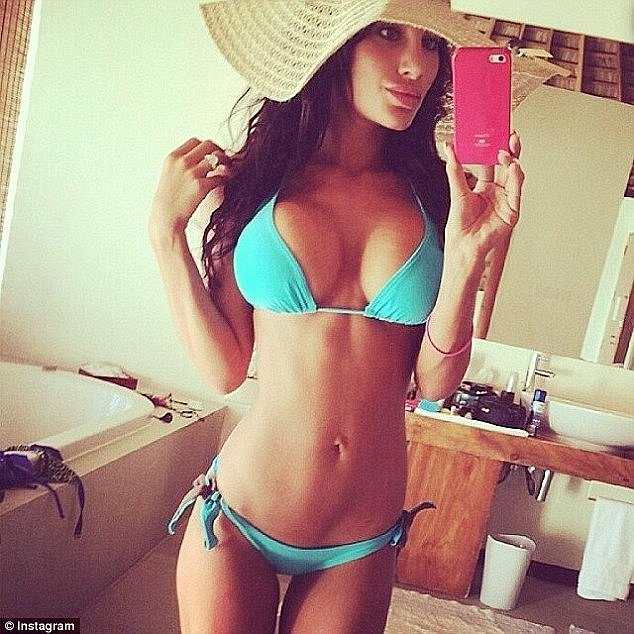 In a text message chain with ex-fiancee Natalie Charalambous (pictured), Tesic alluded to enacting revenge on a group that mutilated and burned one of his drug mules

The jury did, however, hear that the police informant was ordered to drive six bottles in a Jim Beam esky bag from Hoxton Park in New South Wales to the Gold Coast.

They were dumped in a Holden Commodore ute’s secret ‘stash spot’ and smuggled across the Queensland border in March 2014.

The bottles were later revealed to contain methamphetamine oil, with the six litres in the back of the car considered a ‘significant’ amount.

Months later, Tesic was busted by NSW Police after an undercover operation. 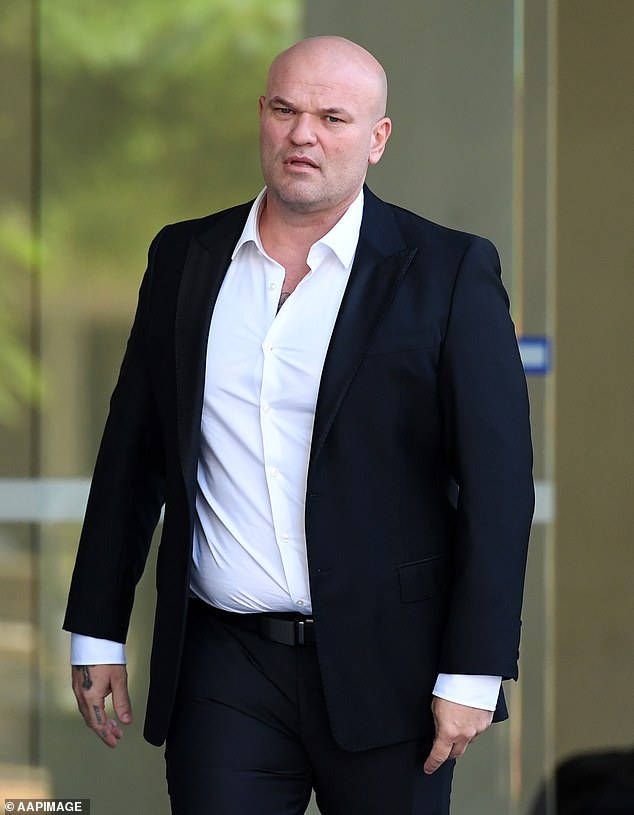 Tesic, 45, was caught out when his replacement drug mule testified against him in court

An officer posing as a buyer placed an order for 1kg of amphetamine and arranged for delivery, a court heard during the six-day trial last week.

The Serbian-born drug lord was also witnessed by police to be at a ‘laboratory’ where they found more than 3kg of amphetamine and 400g of pseudoephedrine.

When the drug mule, who was a former friend of Tesic’s, was caught, he flipped on his boss in exchange for immunity.

He was the star witness in a six-day trial, concluding Monday with an eight year, nine months sentence for Tesic.

The court heard that the maximum sentence for the possession is 25 years.