A drug user who brutally beat a father-of-three to death in front of a cheering crowd because he thought he was a ‘nonce’ has been found guilty of murder.

Steven Keeble, 37, attacked bouncer John Masser, 49, after he read that he had been charged with the historic rape of a 13-year-old girl.

Keeble, who was drunk and high on cocaine stamped and kicked Mr Masser to death on front of onlookers in Basildon, Essex, in October last year.

Basildon Crown Court heard Keeble had harboured an ‘intense dislike’ to him after hearing what he had been charged with.

Keeble stormed out and shouted ‘Come on then, I will f***ing do you’ before putting Mr Masser in a head lock, punching him in the head and stamping on his head.

He died two days later in hospital, but not before he told police who attacked him.

Prosecutor Amjad Malik told the jury: ‘He attacked John Masser because he had an intense dislike of him. 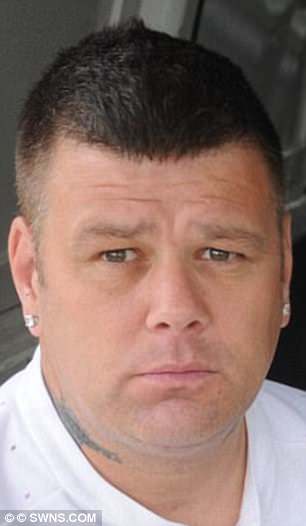 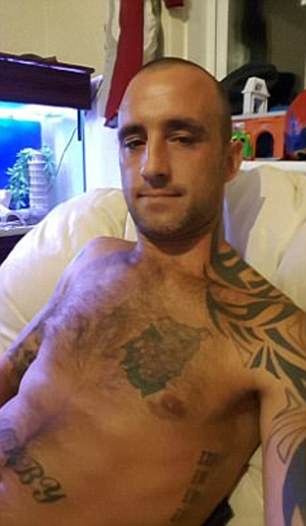 John Masser (left) was facing trial for the historic rape of a 13-year-old girl before he was attacked by Keeble (right) in Basildon, Essex, last year

‘When he saw Mr Masser on the street outside the home of a friend he became very angry by Mr Masser’s presence and his behaviour.

‘Having left that man bleeding and badly injured on the road, he described him after the attack as a ‘nonce’.

‘The reason he described him in that way was because John Masser had been facing an historic rape allegation of a female under the age of 16 and that trial was to be dealt with in this court at the end of November 2017 – two months after October 1.’

Mr Masser, a nightclub doorman, had appeared at Basildon Crown Court on August 18, last year and entered a not guilty plea to the allegation against him.

He was 19 at the time of the alleged assault and the Crown Prosecution Service has offered no evidence in the wake of his death.

The court also heard Keeble, who is dependent on alcohol, had tried to get himself sectioned under the Mental Health Act on the day of Masser’s death but was arrested by Essex Police. 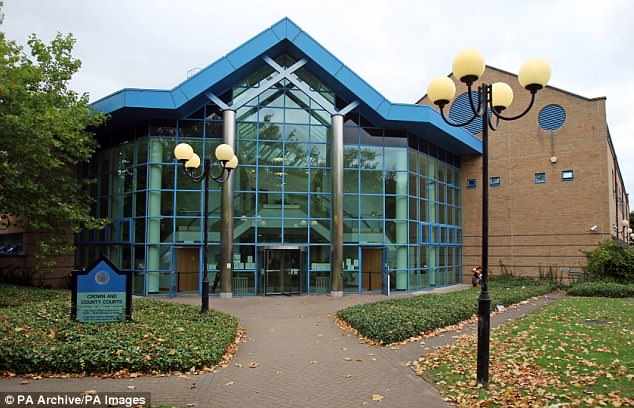 Keeble, who pleaded guilty to manslaughter, was found guilty of murder at Basildon Crown Court (pictured)

Keeble pleaded guilty to manslaughter after telling the court he delivered one single punch, but denied murder.

He is due to be sentenced tomorrow.

In the wake of the verdict Detective Inspector Alan Pitcher from the Kent and Essex Serious Crime Directorate, said: ‘On a Sunday, early evening last October, Keeble brutally attacked Mr Masser, subjecting him to a sustained and violent attack.

‘He punched him to the ground and repeatedly kicked and stamped on his head while in a rage.

‘He fled the scene and then denied the assault when he was arrested by the police.

‘By the end of the attack, Mr Masser was lying critically injured.

‘He survived for a few days, but these injuries, viciously inflicted by Keeble, had done too much damage.

‘My thoughts are very much with the family of Mr Masser. I hope that today’s verdict will be of some comfort to them.

‘I would like to take this opportunity to thank Mr Masser’s family for working with us throughout what has been a very difficult time for them and all of the witnesses who bravely attended court to give evidence.’