Harry Pothead and the philosopher’s stoned: Druglord prisoner has spice sprayed onto JK Rowling novel and smuggled into jail where inmates pay £50 a page to smoke it

Some inmates in one of the UK’s most ‘challenging’ prisons are suspected of smoking the pages of a Harry Potter book sprayed with a Spice-like drug.

A copy of Harry Potter and the Goblet of Fire found in an HMP Nottingham cell tested positive for a psychoactive substance similar to the zombie drug, Spice.

Staff at the prison suspected that 400 missing pages had been torn into strips and smoked.

Prison officer Adam Donegani said each strip was worth around £50.

‘The prices are inflated within the prison service (compared with) street value, so that can be whatever they want to charge for it,’ he told the BBC.

Spice, known as the ‘zombie drug’ for its effects on users, is usually smuggled behind bars by being sprayed on letters.

Convicts then suck the paper or mix them with tobacco to smoke.

The zombie-like effects are believed to last for ten to 30 minutes before users regain lucidity.

The Prisons Minister has said in the past that HMP Nottingham is ‘causing concern’ and that it was one of two in the UK that he is ‘most worried about’.

But the spice epidemic has infiltrated many UK prisons and is being aided by government cuts.

In the past every prison had its own dedicated search team with sniffer dogs to ensure inmates and cells were drug free, but now five prisons are overseen by a single team. 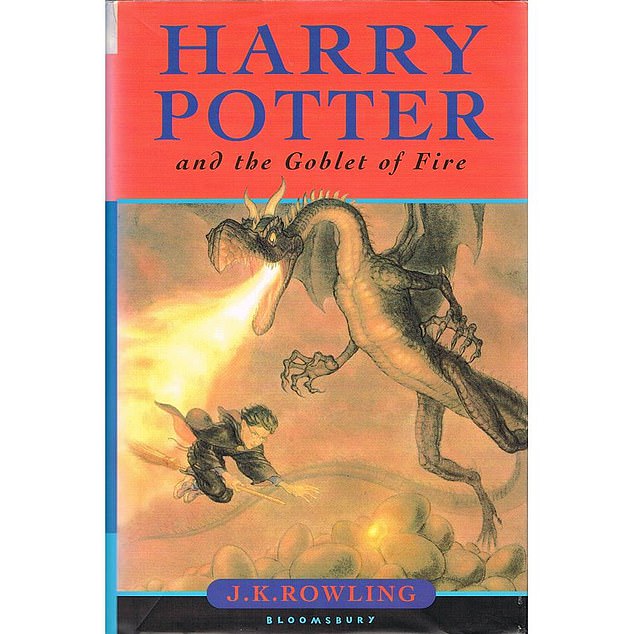 Such is the drug problem in UK prisons, warders at HMP Durham alone dealt with up to nine overdoses from spice in just one day.

The outbreak during an epidemic of the drug was featured in a TV documentary series, Prison – from BAFTA winner Paddy Wivell – filmed over seven months inside the jail.

Spice is a synthetic high which falls into a category of drug-like substances that can be bought in shops or online without breaking the law, but which give the body the same artificial rush of endorphins – or ‘high’ – as illegal drugs such as cannabis or ecstasy.

Black Mamba is a variation of Spice, a synthetic cannabinoid which has similar effects to natural cannabis.

However it is much more potent and reacts more strongly with the brain’s receptors.

Regular use can cause a relapse of mental health illness or increase the risk of developing a mental illness especially if someone has a family history of mental illness.

Earlier this year, a global drugs survey found that hospital admissions as a result of taking the herbal substance Spice have increased by one-third since 2014.

Reported effects include convulsions, shortness of breath, kidney failure and cardiac arrest, as well as hallucinations and irreparable damage to the user’s mental health.

Spice was made illegal in May last year.

In the three-part series that aired in July last year, prisoners revealed how they hide and sell spice, and use other inmates to test the strength of their stock.

In one scene, staff find nearly 40 pills of heroin substitute Bupernorphne hidden in a Kinder egg – a haul worth almost £2,000 in prison – showing that the drug problem is not restricted to just spice.

In another scene a gang-leader in HMP Durham tells the camera: ‘Spice, spice is the kid I like. Make £3,000 off an ounce of Spice in here. When there’s a nice team of lads on the wing, there’s nothing people can do with you. Cause they’ll just get done straight in.’

Lewis McMahon and his gang are also captured spiking another inmate’s cigarette with Spice, laughing when he begins to walk around in a stupor while in the grip of the drug.

Guards explain that the problem is unlikely to be solved while the staffing shortage continues.

Figures released last year showed that seizures of smuggled-in drugs and mobile phones in prisons rose by 23% and 15% respectively in the year to March.

The figures were released as new body scanners and sniffer dogs were due to be  introduced in 10 prisons, including HMP Nottingham, which are of the most concern.

The specially trained sniffer dogs have been brought in to tackle the spice problem head on, having been trained to detect the psychoactive substance, among others.

Prisons minister Rory Stewart said in August last year that he will resign in a year if he hasn’t managed to reduce drugs and violence levels in the 10 target jails in England.

As addictive as heroin and crack, the drug costs just £5 per bag.

Smoking a single Spice joint is akin to smoking up to 100 containing normal cannabis – and addiction can take hold in just three days.

It has left addicts suffering severe psychotic episodes, hallucinations, vomiting and even seizures.

Ministers outlawed possession of the Class B drug, but there is confusion amongst police over whether those caught with it can be arrested.

Officers also say the drug has become more potent since supply shifted from shops to streets.

A global drugs survey found that hospital admissions as a result of taking the herbal substance Spice have increased by over one-third since 2014.

The drug’s relative cheapness has also made spice popular among the homeless and in prisons.

In Manchester, police and ambulance chiefs admitted they were struggling to cope with the number of call outs to spice users who were collapsing in the city centre daily. It is estimated that 96 per cent of the city’s young homeless are hooked on the drug.

It is also estimated that an ambulance is called to British jails every 42 minutes as a consequence of a spice epidemic in prisons.

Such psychoactive substances have also been linked to a rise in violence against staff and inmates, prisoner blackouts, seizures and heart attacks.

Each call-out costs about £300 so the bill for all incidents per year is over £4million.