Drummer Orri Páll Dýrason has quit Icelandic band Sigur Ross after a fan claimed he raped her while she slept.

She said she met the drummer at a rock concert in Los Angeles in January 2013.

Ms Boyd said she was ‘penetrated without her consent during a deep slumber’ after the pair ‘fell asleep in the same bed.’

She said: ‘It happened twice that night. I wondered myself why I didn’t leave after the first time – but I was drunk, dead tired, in shock.’

The post also detailed how Mr Dýrason had ‘tried to silence’ her about the alleged assault, the Guardian reported.

Ms Boyd said she hadn’t spoken about the claims before due to ‘intense anxiety’, but was inspired by the recent testimony of Christine Ford.

Sigur Ross has since posted a statement to their Facebook page confirming Mr Dýrason’s resignation. 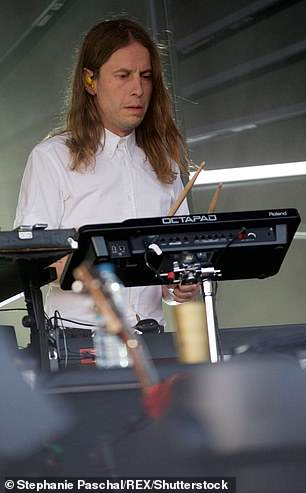 The statement, signed by Jónsi Birgisson and Georg Hólm, said: ‘In the wake of the extremely serious and personal allegations made against him in recent days we have today accepted the resignation of our bandmate Orri Páll Dyrason to allow him to deal with this privately.’

Mr Dýrason made a separate post to the page thanking his friends and relatives for their trust and support.

He wrote: ‘I begin with thanking my friends and relatives for the support you have shown.

‘It is good for me feel for your trust, despite the serious public allegations against me.

‘This matter has undeniably taken its toll on me for the past few days. Justifiably, some will say, and I do not intend to argue with those people.

‘I will do anything in my power to get myself out of this nightmare, but out of respect for those actually suffering from sexual violence, I will not take that fight public.’

Sigur Ross formed in Reykjavík in 1994, and have so-far released seven studio albums.

Mr Dýrason joined the band as its drummer in 1999 – five years after its formation.