More than 100 passengers on board a flight from Germany were stranded yesterday after a co-pilot ‘reeking of alcohol’ was arrested in the cockpit just moments before take-off.

German police detained the 40-year-old on the Portuguese airline Portugalia in Stuttgart on Friday evening.

In a statement, police said they found the pilot in a ‘highly intoxicated condition’ and received a complaint from an airport official who said he was ‘walking unsteadily’.

The Portugalia flight TP523 from Stuttgart to Lisbon which had 106 passengers on board was subsequently cancelled.

The airline, which is a subsidiary of the national carrier TAP, said it would ‘open an enquiry and take necessary measures’ and apologised to passengers for the inconvience caused.

It also revealed that the earliest possible rearranged flight would be on Monday – three days after the pilot was detained.

TAP Air Portgual tweeted: ‘We apologise for the situation and for all the inconvenience it may cause you. Your flights are now rescheduled for March 26th, which is, at the moment, the first day with seats available.’

The 106 passengers had to stay in a hotel overnight on Friday as the airline could not find a new crew to take them to Lisbon on short notice. 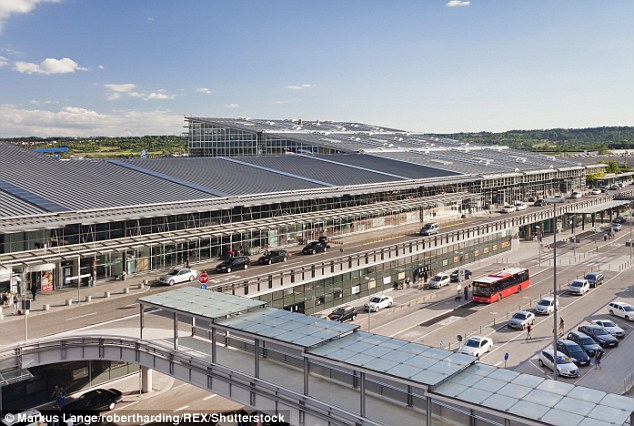