A drunk driver with a history of driving under the influence of alcohol has been jailed for killing a teenage pedestrian.

Nathan White, 36, was jailed for a decade on Tuesday after being found guilty by a jury of culpable driving following an impact that claimed the life of 17-year-old Patrick Bell in regional Victoria.

County Court judge James Montgomery said in sentencing White had been drinking at two Ballarat hotels and a friend’s house before driving home, reaching speeds of 96km/h in a 60km/h zone.

It was just after midnight on June 30, 2015, when White saw Patrick on the road and took ‘evasive action’ but struck the boy with the back of his car.

Judge Montgomery said he took into account the fact White would lose contact with his two young daughters during his time in jail.

He also noted White suffered post traumatic stress disorder and had been drinking eight to 12 beers a day since the crash.

‘You have disturbing recollections of the death of the victim,’ Judge Montgomery said.

However White made a decision to drive when he had drunk ‘a substantial amount of alcohol’ and had also been speeding, the judge noted.

‘Although you took evasive action, it was not enough,’ Judge Montgomery said. 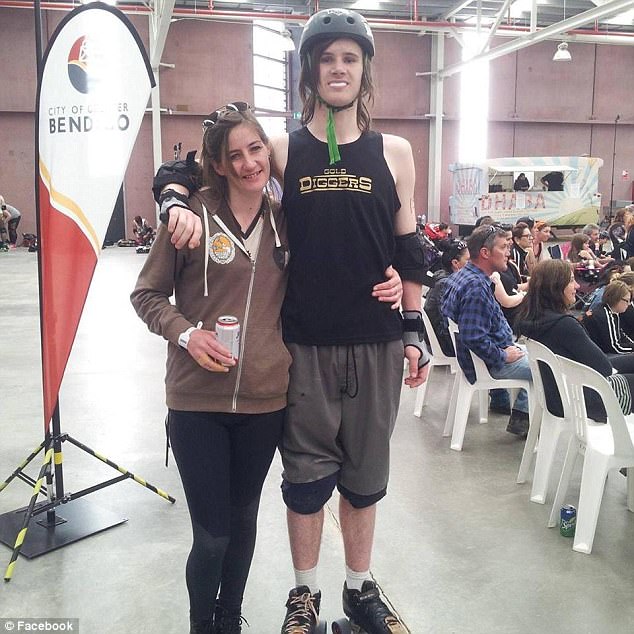 Patrick’s mother (pictured with her son) told the court ‘our hearts, our home and everything about our lives has changed,’ she said. ‘We have a gaping hole that can’t be filled’

His drivers license has previously been cancelled twice.

Patrick’s mother told the court he ‘had so much to live for’.

‘Our hearts, our home and everything about our lives has changed,’ she said.

‘We have a gaping hole that can’t be filled.’

White will be eligible for parole in seven years. He was disqualified from driving for six years.