The wrong arm of the law! Drunk off-duty cop who rubbed his crotch and licked his lips while stalking women inside a club has his criminal record wiped clean after crying in court

A drunk off-duty police officer who repeatedly harassed a married woman inside a gaming room has had his criminal conviction overturned after crying in court.

Senior constable Ahmad Jamal Ghoriani, 41, was on a drinking bender at an RSL club in Sydney’s west on the night of October 28 when he started taunting the brunette.

Damning CCTV footage captured Ghoriani rubbing his crutch, licking his lips and staring at the woman while playing on the pokies at Rooty Hill RSL Club.

According to a statement of agreed facts the woman told police he was ‘not just scratching but really rubbing’ his crotch over his shorts.

The married woman moved away before her husband started a fight with the man, but his reign of terror was far from over, the Daily Telegraph reported.

Senior constable Ahmad Jamal Ghoriani, 41, was captured on CCTV footage rubbing his crotch and licking his lips towards a 30-year-old woman 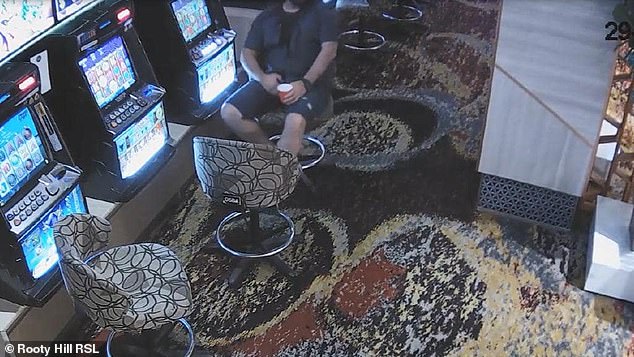 The cop, who is suspended from Auburn police, used one hand to touch himself over his shorts and used the other to play a poker machine

The senior officer, who is suspended from work at Auburn station, turned his attention to a different woman inside the gaming room.

Ghoriani approached the 44-year-old, stuck his tongue out, rubbed his groin and said ‘oi’.

When she moved to another machine, he followed her and sat down before rubbing his genitals again while groaning.

Eventually the venue manager escorted him out of the venue at 3am, which prompted him to flash his police badge.

‘Are you now threatening me or trying to intimidate me for doing my job?’ the manager told him, the court heard.

Ghoriani pleaded guilty to two counts of behave in an offensive manner and was handed down a criminal conviction in October. 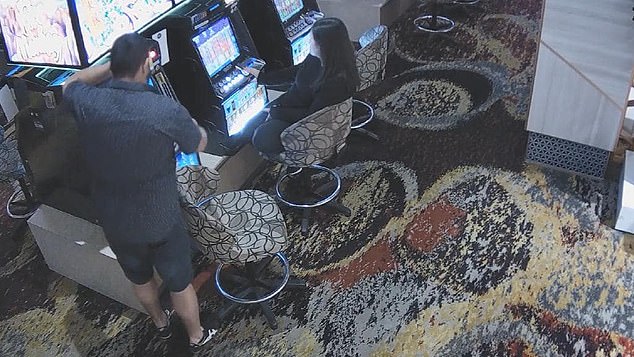 During an appeal hearing at Penrith District Court on Tuesday, Ghoriani broke down in tears and said the offending was out of character and made him sick.

Ghoriani told the appeal hearing a criminal conviction would destroy any chance to further his career in law enforcement or security.

Prosecutors argued the offences were worthy of a conviction as he followed one of the women and came in close proximity to her.

Judge Stephen Hanley said Ghoriani, who came from war-torn Afghanistan, overcame hardship to be accepted into the police force and raise a family.

‘All that is potentially, possibly lost,’ Judge Hanley said.

Ghoriani’s criminal condition was overturned and he was handed a six-month conditional release order for each offence. 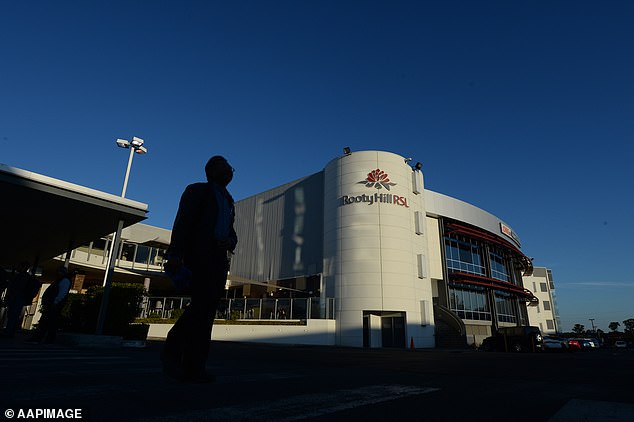