A drunk woman had an impromptu photo shoot with the staff at a local kebab shop, and while she doesn’t even remember taking the snapshots, Twitter users can’t get over her incredible photography skills.

Journalist Moya Lothian-McLean ended up at Ali Baba’s in East London after a night out, and in her drunken state she started snapping portraits of the employees at the eatery— but she has no recollection of doing so.

Taking to Twitter on Saturday, Moya shared four of the photos, writing: ‘Passed out fully clothed last night for the first time but somehow also managed to upload a full photoset from my local kebab place which I don’t remember either doing or taking in the first place.’

Boozed up exploits: Journalist Moya Lothian-McLean took to Twitter on Saturday to share the photos she took of staff at her local kebab shop after a drunken night out 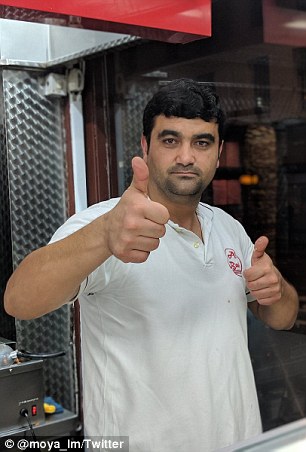 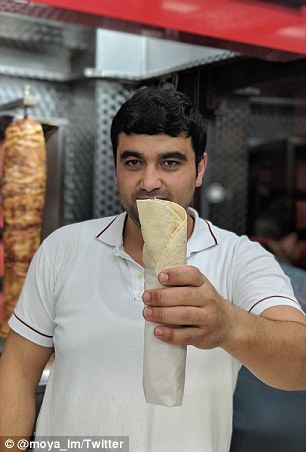 Strike a pose: One employee was photographed giving the camera two thumbs up and holding a kebab 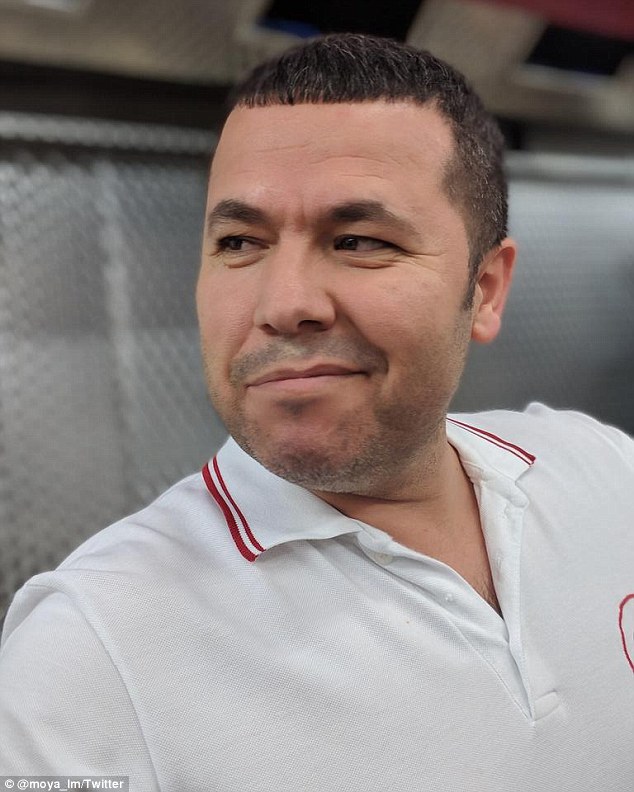 Capturing the moment: One close-up portrait shows an employee smirking while his photo is being taken

One employee was photographed giving the camera two thumbs up and holding a kebab, while an action shot shows another staffer working the counter.

There is even a close-up portrait of one employee smirking while his photo is being taken.

The images have received more than 33,000 likes on the social media site, and many people have commented on how incredible the shots turned out.

‘These are amazing. What phone do you have?!’ Tom Usher asked, prompting Moya to reveal that she has a Google Pixel 2 XL. 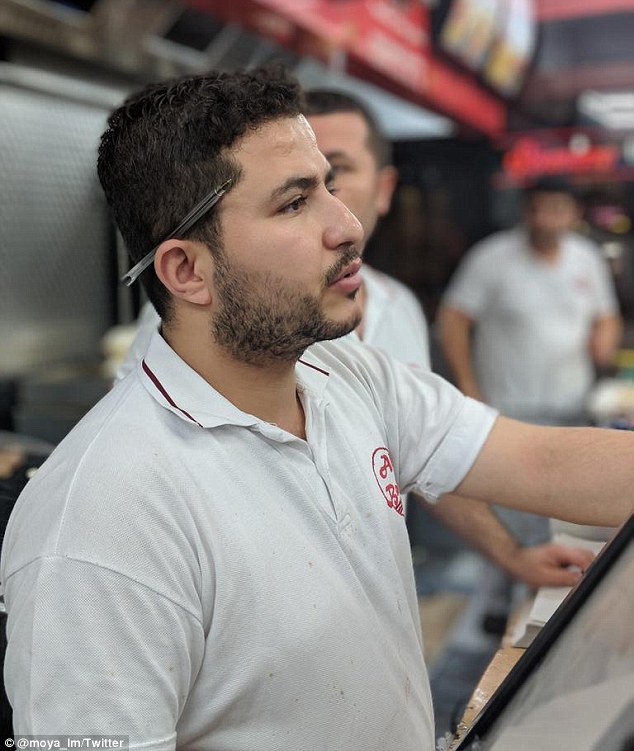 Busy at work: An action shot shows another staffer working the counter that night

Fan club: The pictures have received more than 33,000 ‘likes,’ with many praising Moya for her incredible camera work 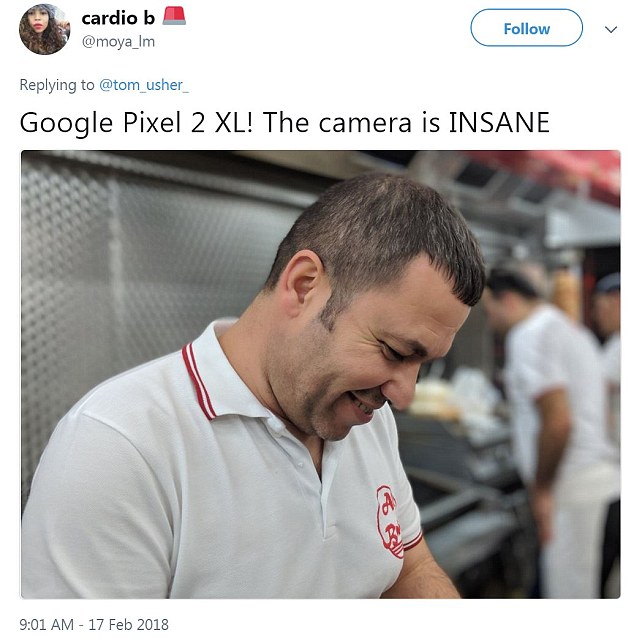 ‘The camera is INSANE’: Moya revealed that she took the professional-looking shots using her Google Pixel 2 XL phone

‘The camera is INSANE,’ she noted.

Another person asked Moya what the selfie camera was like, and she responded with a snapshot of herself, writing: ‘Crisp. Perhabs too crisp.’

Constance Rimmer referenced a line in the movie Titanic when she tweeted: ‘They are such beautiful shots. It’s making me all “photograph me like one of your kebab men.”‘

Gina Jones suggested that Moya do an entire photo series, explaining: ‘You could go to chippies, pizza places & curry houses too!’ 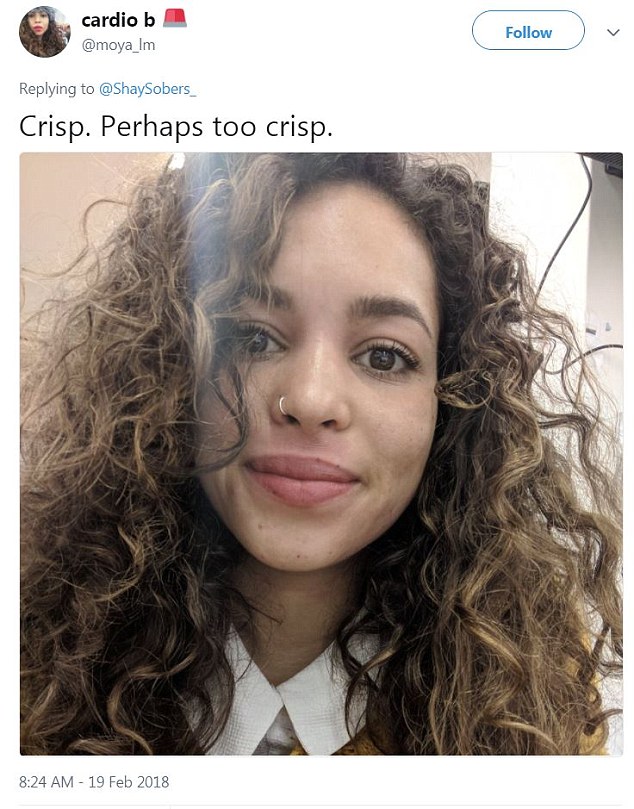 Interaction; After someone asked her what the phone’s selfie camera was like, Moya responded with a photo of herself, writing: ‘Crips. Perhaps too crisp’

Not sure: Moya admitted that she wasn’t sure she could recreate the photos while sober

Thinking ahead: Cath Walker joked that ‘booze and kebabs will be legit expenses’ for the second series of photos

However, Moya admitted that she isn’t sure she can ‘recreate the magic whilst sentient.’

Her responsed prompted Cath Walker to say ‘booze and kebabs will be legit expenses’ for the second series of photos.

Moya joked that she is ‘a woman of many drunk talents (apparently),’ but she admitted she didn’t remember eating her kebab that night.

‘Actually thought I’d lost it,’ she said, ‘but my friend said I did indeed finish it.’

‘Throwing it out there: Jennifer Hassan told Moya that her portraits should win her an ‘invite to the @KebabAwards’

Too much: Moya joked that she wouldn’t be able to contain herself at the Kebab Awards 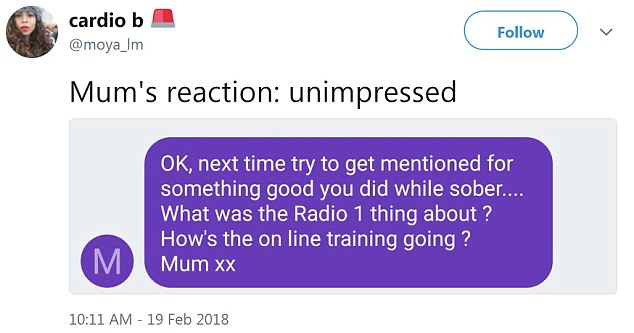 ‘Unimpressed’: Moya later shared a screengrab of her mother’s reaction to her viral fame

Jennifer Hassan told Moya that her portraits should win her an ‘invite to the @KebabAwards,’ but she wasn’t sure that would be such a good idea.

‘Judging by what happened here, I wouldn’t be able to contain myself,’ Moya joked.

However, there was at least one person who wasn’t very impressed with Moya’s exploits.

A few days days after the photos when viral, Moya shared a screengrab of her mom’s reaction.

‘OK, next time try to get mentioned for something good you did while sober…’ her mom had texted her.