Drunken bridesmaid, 19, kicked policewoman after being arrested at sister’s wedding

A drunken bridesmaid was arrested following her sister’s wedding after becoming aggressive and abusive at an upmarket wedding venue.

Caitlin Haston, a university student studying forensic psychology, was told by magistrates at Mold in North Wales that it wasn’t her ‘finest hour’, after the ‘completely disgraceful’ behaviour.

The 19-year-old pleaded guilty to being drunk and disorderly at Soughton Hall, at Sychdyn near Mold, and assaulting PC Sarah Hughes-Jones in custody at Wrexham last month.

Prosecutor Robert Blakemore said: ‘This should have been a very happy occasion. Soughton Hall is a wedding venue.

‘The defendant was a bridesmaid at her sister’s wedding and it would appear drink got the better of her. She is of previous good character.’

Police had been called to the hotel at 1am on August 25 and found Haston, of Maes Hyfryd, Glan Conwy, near Llandudno, outside. She had refused to give her name and claimed to have drunk only two alcoholic drinks. 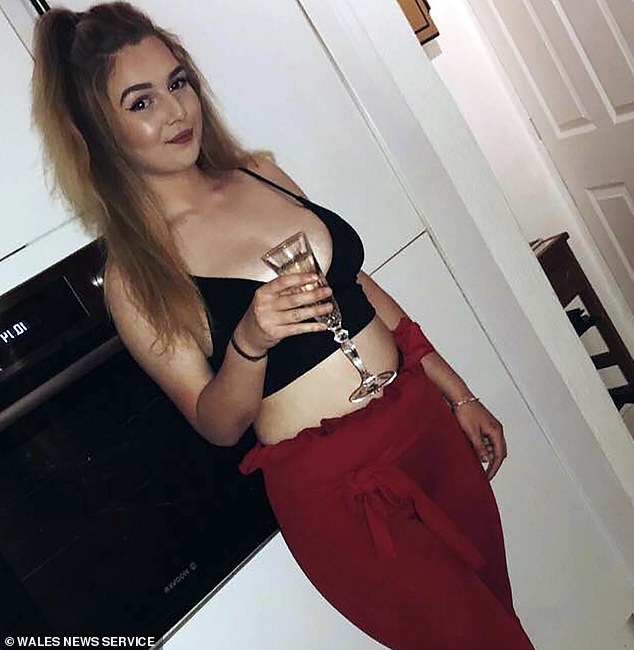 The university student studying forensic psychology pleaded guilty to being drunk and disorderly at Soughton Hall, at Sychdyn near Mold

Mr Blakemore said: ‘She was trying to stand up but was very unsteady on her feet and nearly falling over. She had a bridesmaid’s dress on and no shoes and said she was going to walk home. She wouldn’t tell the officer where home was.’

The lawyer said Haston ignored pleas for her to go to bed at the hotel and was abusive. She ended up handcuffed. The bride told officers her half-sister was being arrested. 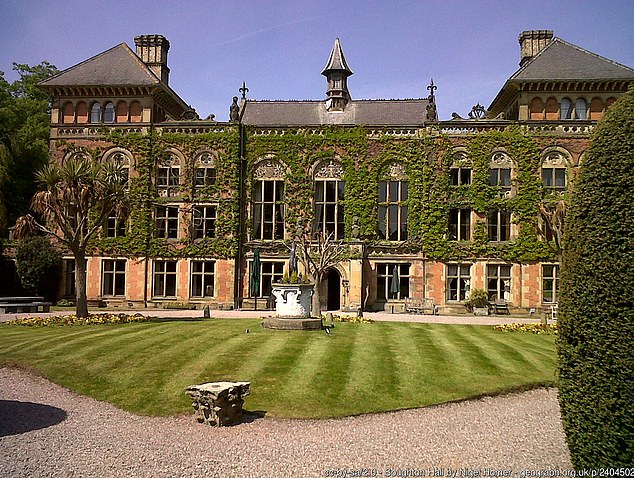 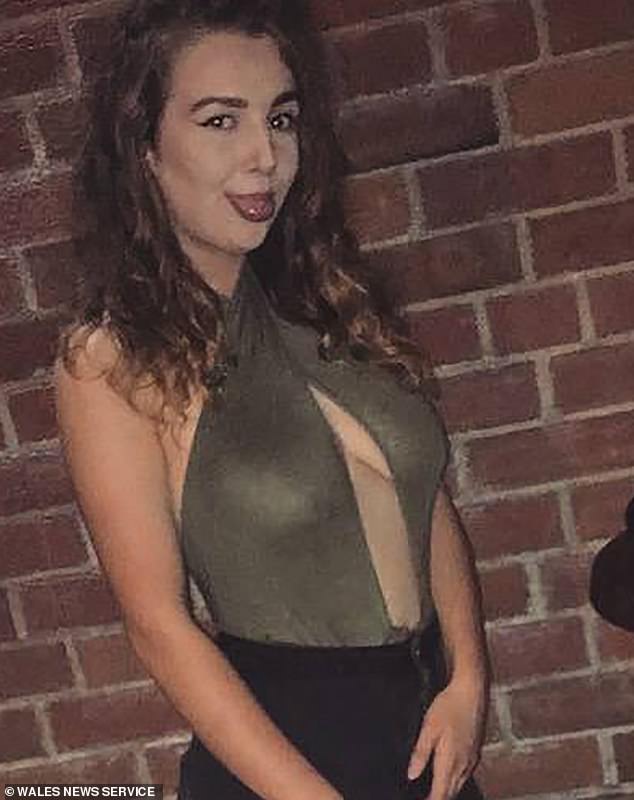 Mr Blakemore said the teenager screamed all the way while being driven to custody and refused to go in a cell. She had cut her foot and threatened to kill herself.

Haston was placed on the floor to remove her clothing but kicked the policewoman twice to the knee causing pain. The bridesmaid was described as ‘extremely aggressive’.

When quizzed, Haston accepted she had been drinking throughout the day and argued with her mother. She said she was going to Liverpool university, and didn’t remember kicking the officer. ‘She just wanted people off her,’ Mr Blakemore explained.

Simon Sargent, defending, said Haston didn’t usually drink and there was no intention by her to cause injury. 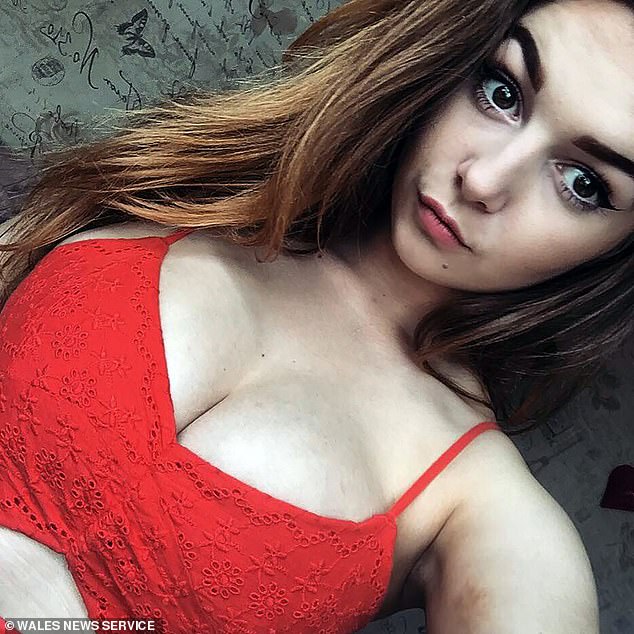 The student was told that her behaviour was ‘disgraceful’ and that it wasn’t her ‘finest hour’, 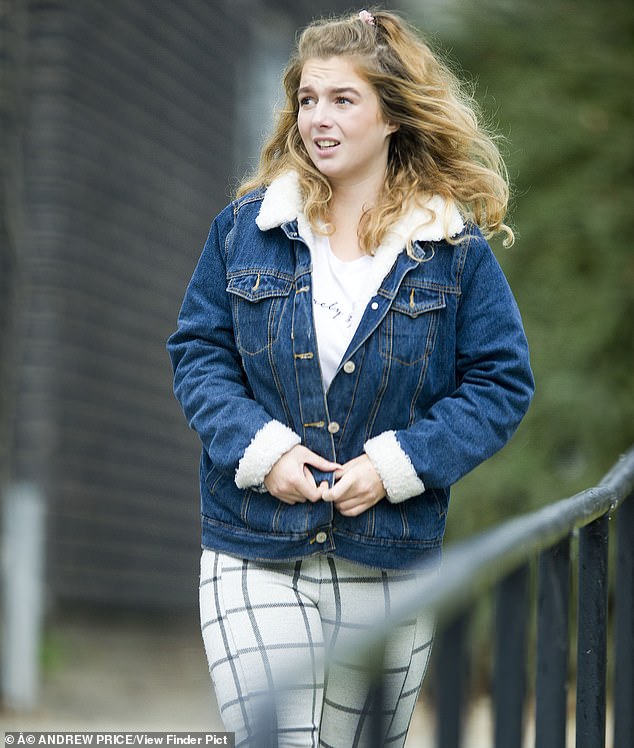 ‘She was kicking out in response to officers removing her clothing,’ she said. ‘Her leg has struck the officer twice. She assaulted the officer recklessly. She’s extremely embarrassed and deeply regrets her behaviour.

Haston told the magistrates: ‘I am really sorry. Alcohol got the better of me that night.’

Fining her a total of £190 with compensation to the officer of £150 and costs of £115, court chairwoman Deborah McKinnel told Haston: ‘You from a punitive point of view have probably punished yourself more than we can. You have to accept this as a learning curve. You have a binge drinking problem.’ 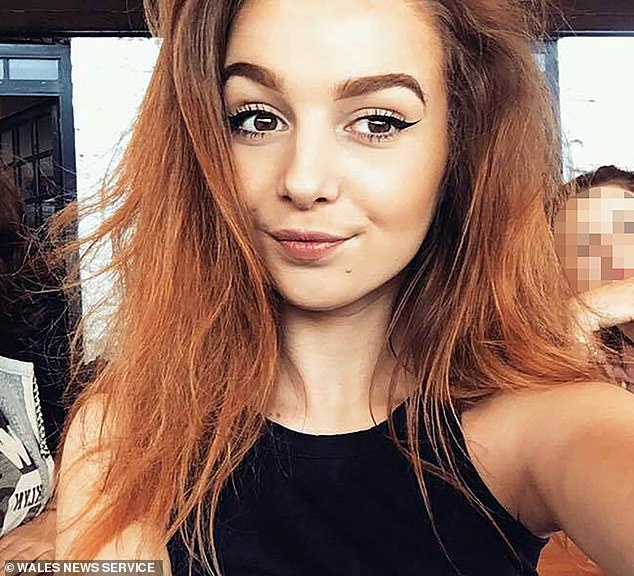 The magistrate added: ‘Quite a nasty incident, quite a high fine and a lesson you must take with you for the rest of your life. You are obviously a very bright person.’

She said: ‘It’s very rare that myself and my colleagues listen to such a disappointing story because of your achievements and goals.’

A probation officer said Haston was in court instead of spending her first day at university studying forensic psychology. The likelihood she would get a job in the criminal justice system was ‘minimal’.