A pregnant mum has been captured on CCTV being brutally bashed before her tormentor crashed his car through the front of a service station as she made her escape.

Didier Lam Kee Shau, 38, of Coburg in northern Melbourne knew his victim was 18 weeks pregnant when he bashed her.

Didier Lam Kee Shau drove his car into a Caltex service station after savagely bashing a woman up outside. The attendant was injured in the attack, which lefts tens of thousands of dollars worth of damage to the business 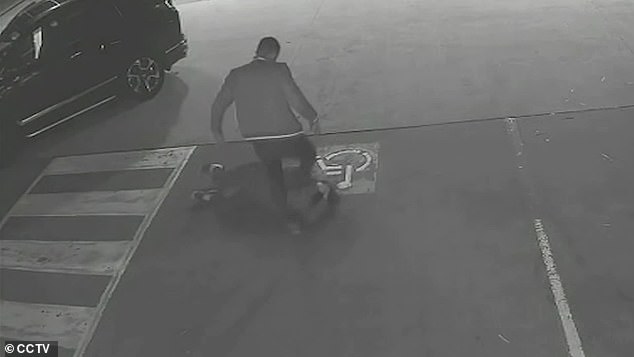 Didier Lam Kee Shau was captured on CCTV from the Caltex service station punching, dragging and kicking his victim. She escaped into the service station before Shau drove his car into it

Carnage: A Honda SUV driven by Didier Lam Kee Shau remained lodged in the service station after he drove it at speed into it. Shau had bashed a pregnant woman outside moments earlier

Daily Mail Australia has been asked by the County Court of Victoria not to identify the woman, whom was known to Shau – a qualified chef.

‘Help me please,’ she shouted.

The attendant would later tell police he was in such a state of panic that he couldn’t remember the triple-zero number to call police.

At one point she is seen rolling into a ball and trying to protect her baby.

Eventually, the attendant managed to open the door and she staggered inside.

Shau tried to get in as the battered woman crawled to a fridge to hide.

He is seen walking back to the Honda SUV where he gets in and lines up the attendant’s booth.

Shau puts his foot down and crashes the car through the wall, sending the attendant flying back into cupboards in an explosion of debris. 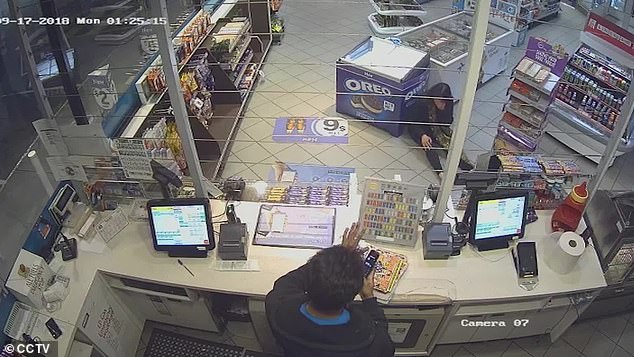 The pregnant woman stumbles onto the floor of the service station near an ice-cream fridge after being savagely bashed outside. Didier Lam Kee Shau drove his car into the servo moments later 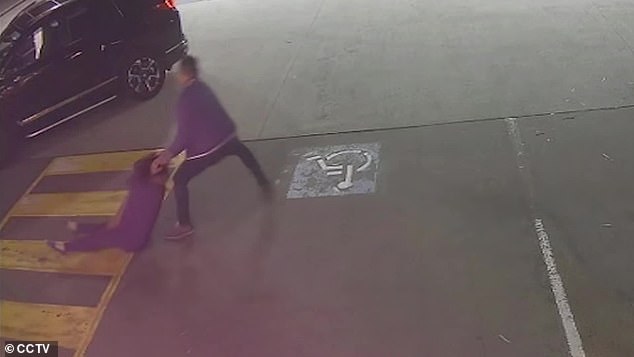 Didier Lam Kee Shau drags the pregnant woman along the road before repeatedly stomping on her head. When she escaped inside he returned to his car and drove it through the service station

Miraculously, he sustained only minor injuries.

When police arrested Shau he refused to be breathalysed.

He claimed he couldn’t remember any of what he’d just done to the woman, or the $93,954 worth of damage he did to the service station when he crashed his car into it.

The court heard Shau started drinking whiskey earlier in the evening, and by midnight he was drunk and angry.

The woman would later tell police she wasn’t quite sure why, but she saw his relatives trying to calm him down.

She convinced him to get in the car so she could drive him home. 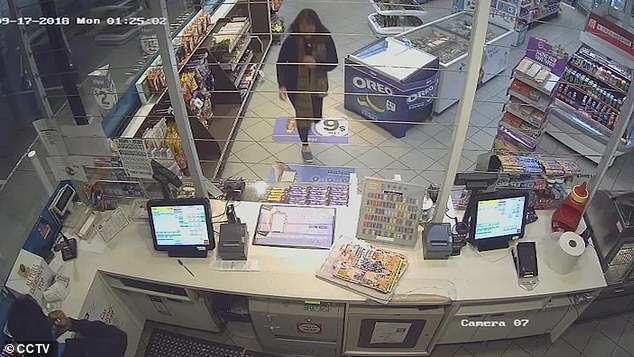 A Caltex service station attendant attempted to call the police but couldn’t remember the number. Didier Lam Kee Shau drove his car into him seconds later 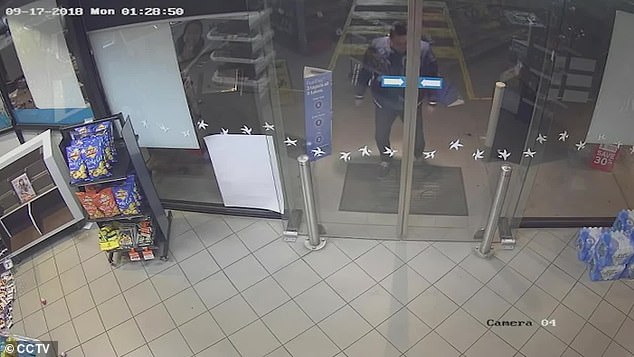 Didier Lam Kee Shau stalks the pregnant woman outside the service station doors, which had been locked by the attendant. Shau returned to his car and drove through the building

At one point during their trip, Shau accused her of speeding.

She looked at the speedo and pointed out that she was doing 80kmh in a 100kmh zone.

He then punched her in the face three times. 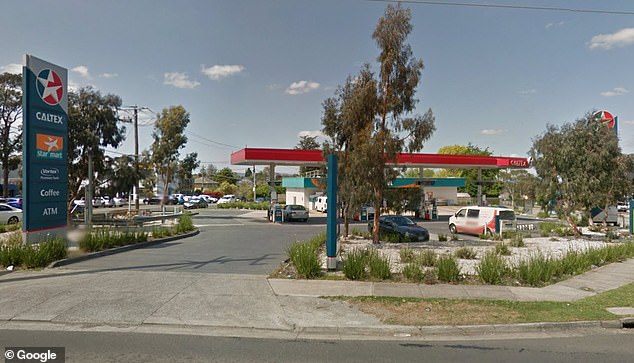 The Caltex service station on Blackburn Road where a woman was savagely bashed. Didier Lam Kee Shau then drove his car into it, injuring the attendant

Didier Lam Kee Shau drove his car into a Caltex service station after brutally bashing a pregnant woman outside. He was sentenced to jail over the horrific crime

Shau then asked for his phone, but the woman didn’t have it.

He demanded she call his mum, spitting vile abuse at her.

Shau punched her in the face and jammed her head between her legs.

Bloody and bruised, she begged to be released.

Shau let her go and the nightmare drive home continued.

Again Shau complained about her speed and he began to punch her some more.

Fearing for her life, the woman headed for the nearest service station.

A 24-year old student was working the night shift.

Shau’s female victim attended the County Court of Victoria to watch her attacker plead guilty to his crimes.

Seated in court room 1.9 with her new born baby, she could not  bring herself to look at the big screen television bolted to the wall of the courtroom.

Workers attend the destroyed service station. Didier Lam Kee Shau caused more than $93,000 worth of damage to it after he drove his car at speed directly into it

Students who walked in during the viewing of the CCTV footage could hardly watch what was going on either.

Moment’s earlier the woman had proudly shown-off her baby to a friend in the court.

Shau pleaded guilty to one charge of recklessly causing injury to the woman and one count of conduct endangering life over his attack on the servo.

He also admitted to refusing the breath test.

The charges carried a maximum sentence of five years a piece and two years off the road.

With time already served, Shau could be released in a little over two years.

In sentencing, Judge Smith said he accepted Shau had hit the woman ‘as hard as he could’.

‘It was a brutal assault by you on a five-month pregnant woman,’ he said. ‘It’s all but miraculous she was not more seriously injured … she was the softest of targets for your aggression.’

Judge Smith said the attendant was also lucky not to be seriously injured and it was only a split-second decision by him to move right that saved him.

The court heard Shau had a prior conviction for being drunk in public and assaulting police.

Judge Smith said it was an aggravating factor that Shau committed his ‘vicious’ crime in an act of domestic violence.

And although he was unable to sentence Shau for the higher offence of ‘intentionally’ causing injury, he deemed the attack at the ‘high-end’ of the offence he pleaded guilty to.

Shau was also fined and put off the road for four years starting from the day of his sentence.