This is the bizarre moment a drunken zoo visitor climbs over a fence to ride a giraffe before being tossed from its back.

Police are looking for the animal fan after he was filmed mounting the long-necked creature at the Shymkent Zoo, Kazakhstan

The wildlife enthusiast can be seen climbing over the fence as the giraffe leans over, prompting the the man to start stroking its neck before leaping onto the animal’s back.

He continues to ride the animal before it finally manages to buck the man from its back, sending him to the ground. 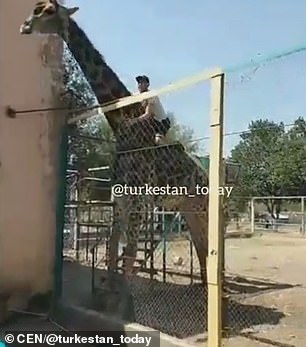 The man then makes a swift retreat, climbing back over the fence as the animal, now free, looms over him.

The zoo is one of the most popular tourist attractions in the country, spread over 130 acres with more than 1500 animals, including a herd of giraffes.

In the last seconds of the footage, the giraffe is seen coming back and the scared man quickly scrambles back over the fence where he then escaped before he could be arrested. 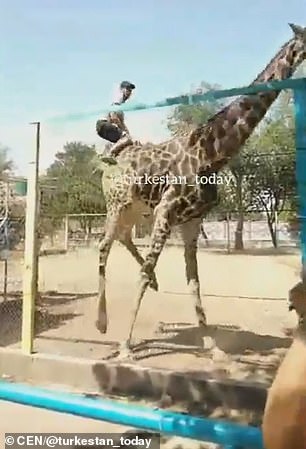 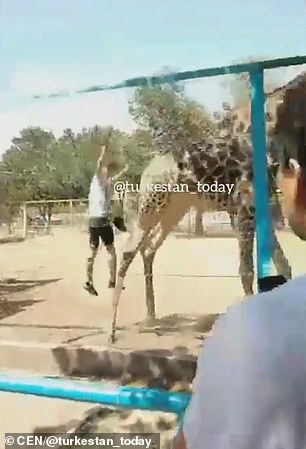 Police confirmed they are trying to identify the man who faces arrest over the stunt.

Local media claimed the man had been drunk at the time.

The zoo is one of the most respected in the country boasting professional care for the animals which includes 20 that are on the critically endangered ‘red list’.