Thousands of revellers made the most of the four day Easter Bank Holiday weekend as they celebrated into the early hours of this morning.

Party-goers took to Birmingham and Manchester city centres as they descended on pubs and clubs to celebrate, with many looking a little worse for wear as the night wore on.

With Good Friday and Easter Monday providing extra days off over the weekend, they saw it as chance to let their hair down, but some clearly took it a bit too far.

They didn’t let the chilly temperatures put of some scantily clad clubbers, with some photographed slumped in the street, vomiting on the floor, or being carried by friends as the drink took its toll.

Several ambulances were called to Birmingham’s Broad Street with one person carried by bouncers onto a spinal board out of a nightclub.

And fast food restaurants in the cities were also packed out as revellers lined up to grab late-night snacks, keeping staff rushed off their feet.

One partygoer had to be carried along by friends as they struggled to get home, with taxi’s refusing to pick him up 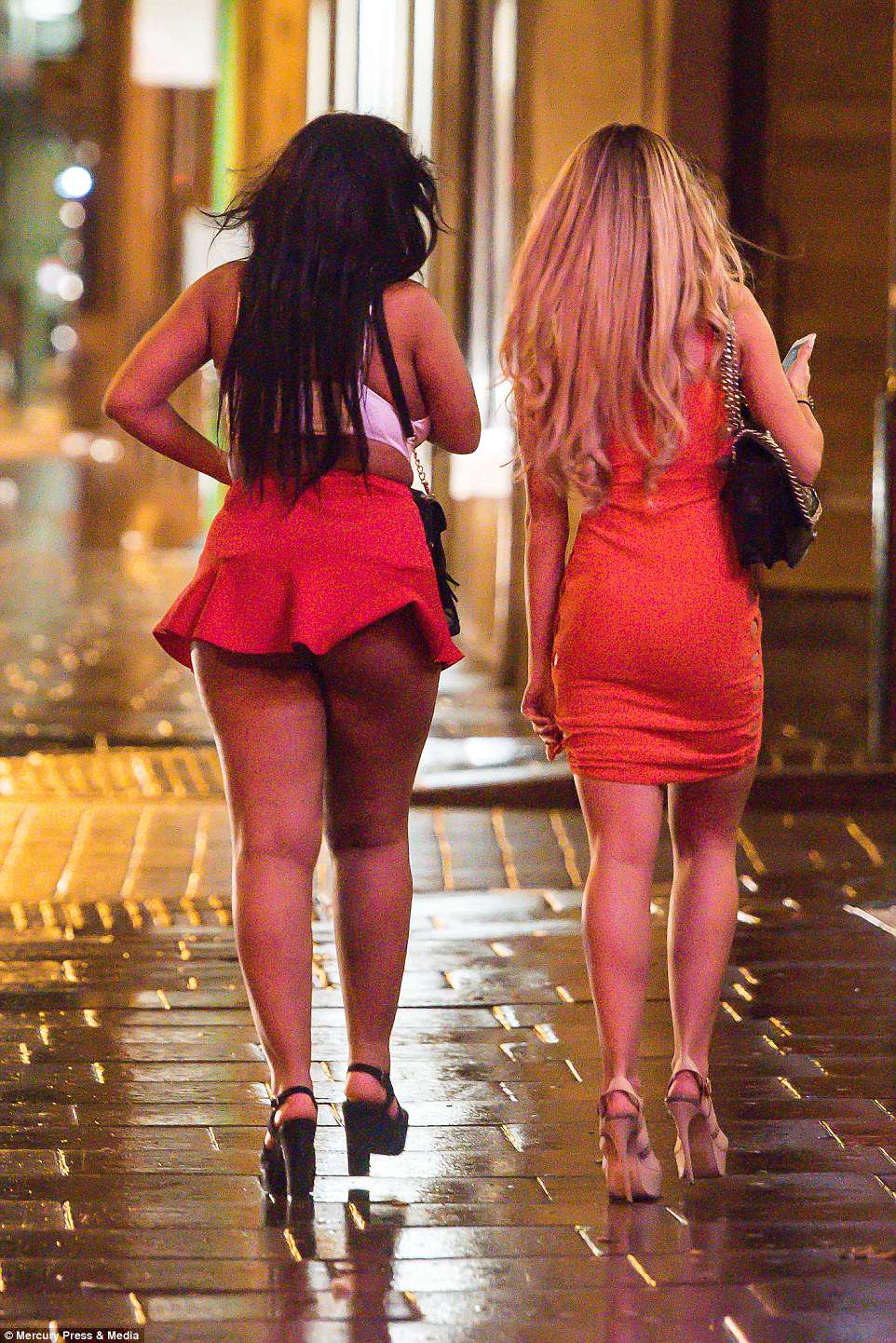 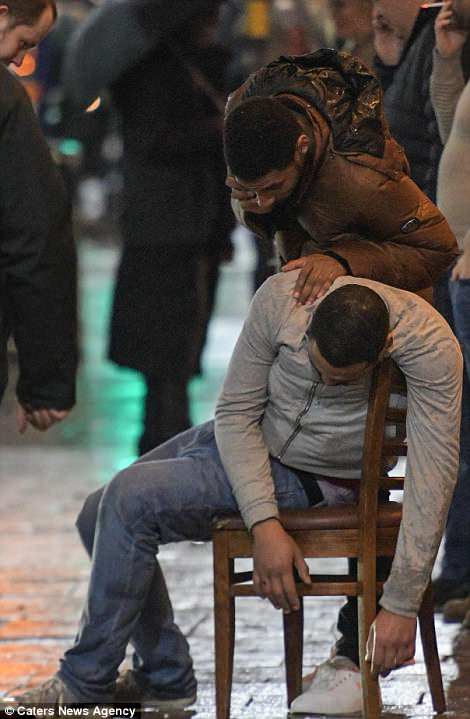 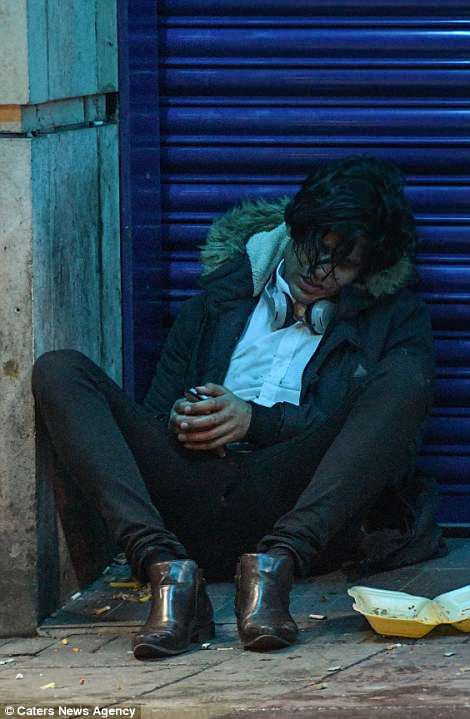 One man was spotted slumped on a chair and he was comforted by friends, (left) and another man sat in a doorway to get some rest 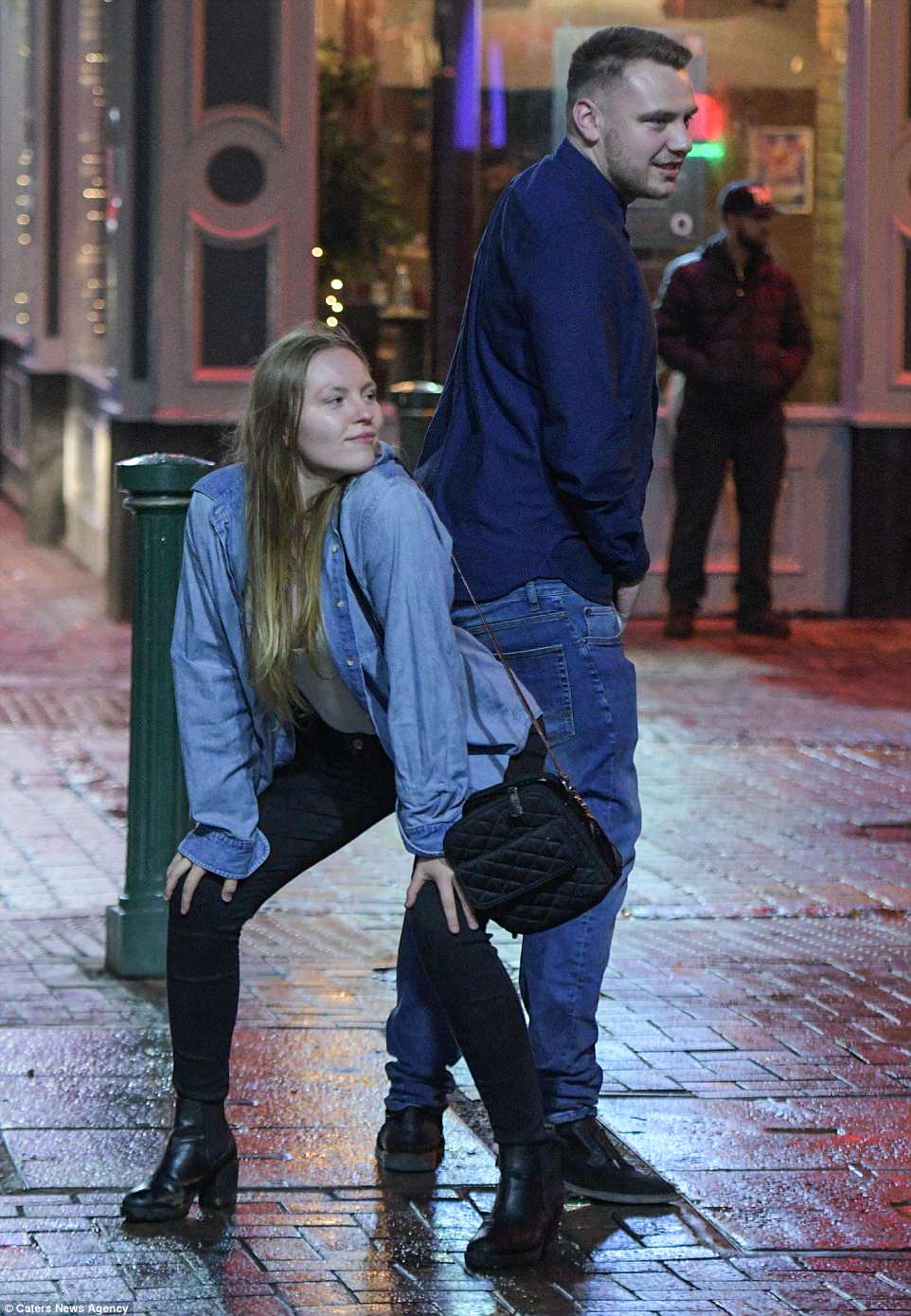 Thousands saw it as a chance to celebrate with four days of work, with this couple having a good time in the street 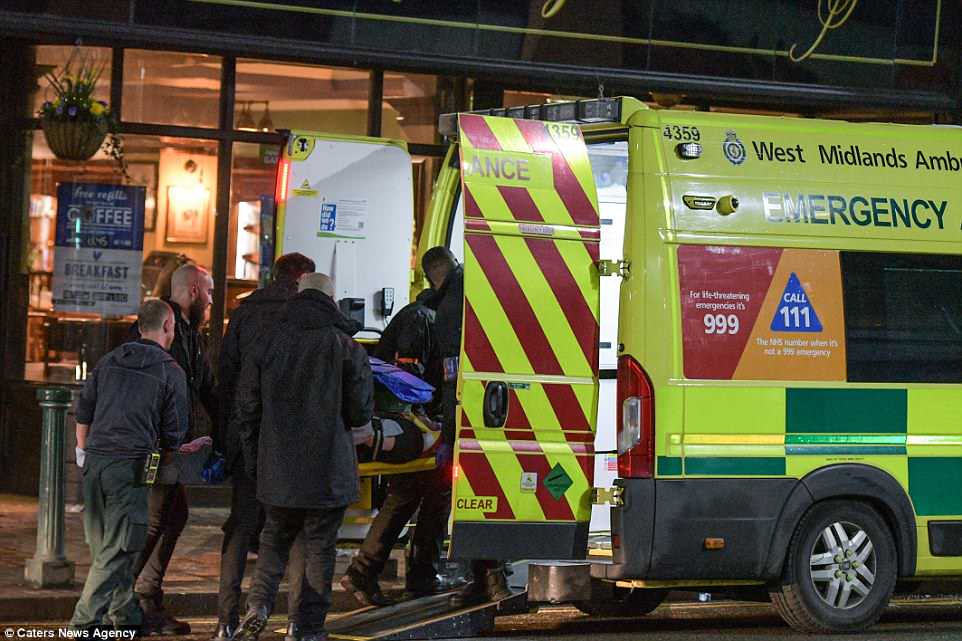 And several ambulances were called to Birmingham city centre, with this person carried into the vehicle on a stretcher 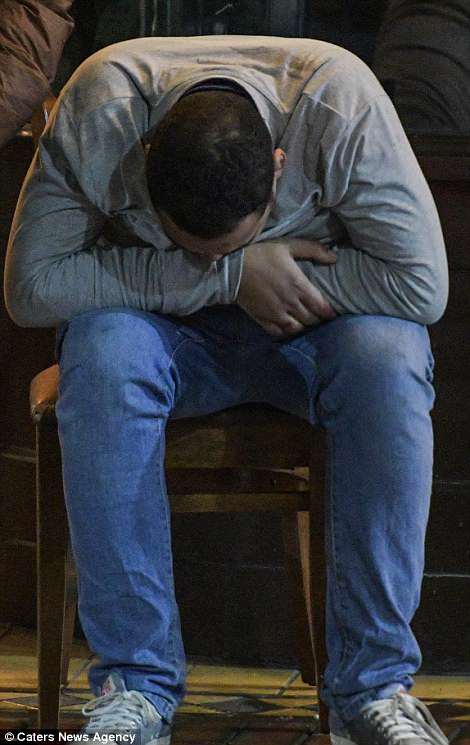 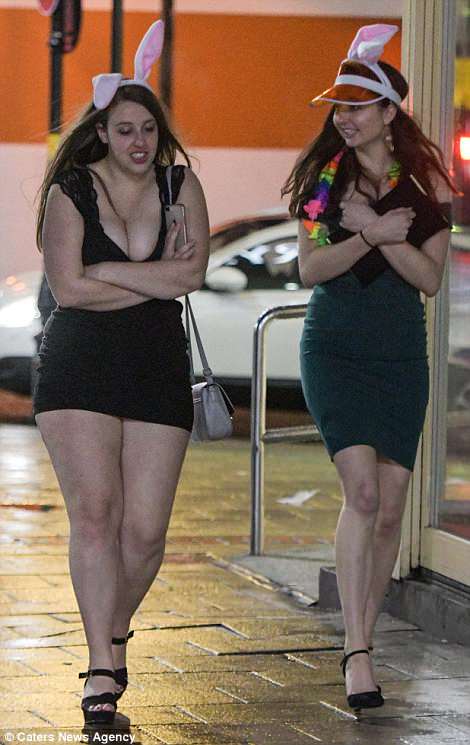 One party-goer tried to sober up in the street in Birmingham, as others didn’t bother wrapping up warm in the chilly temperatures 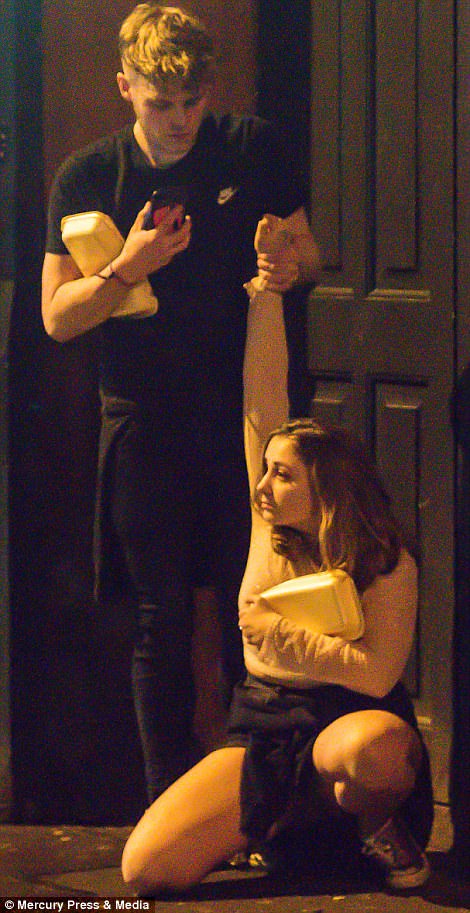 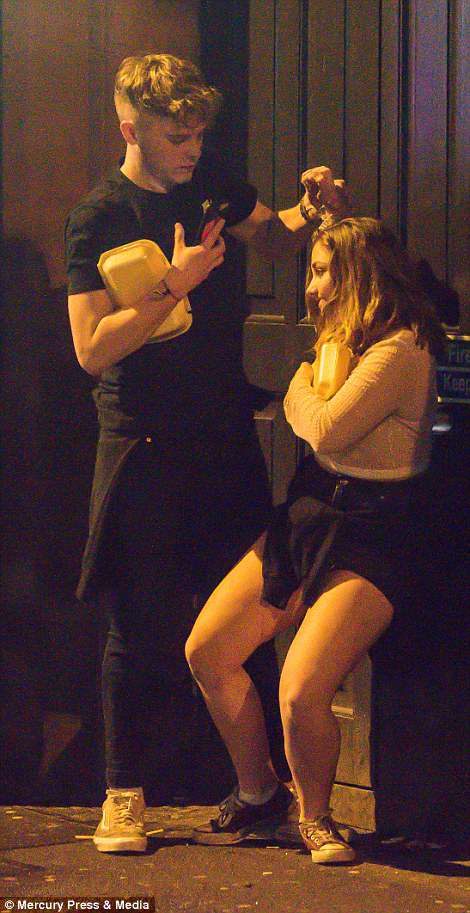 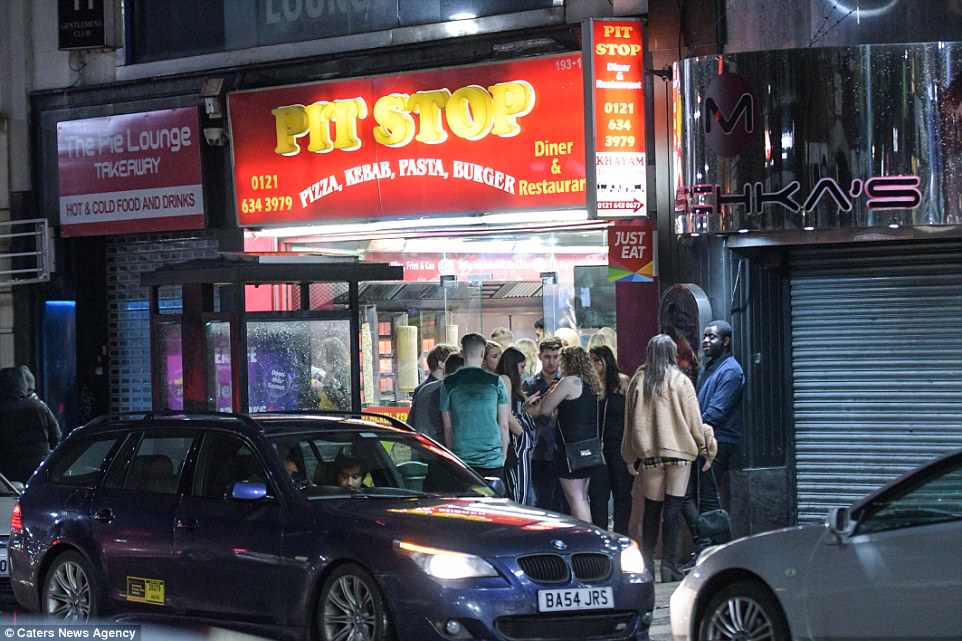 Fast food takeaways in Broad Street, Birmingham, were packed out, with many queuing outside in the early hours of the morning 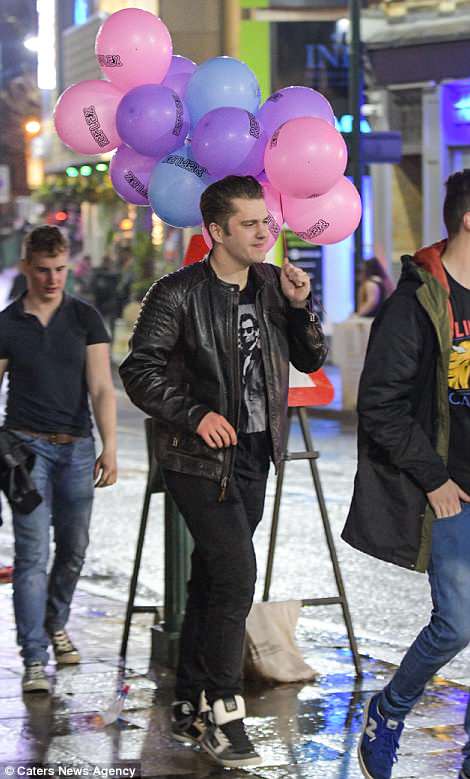 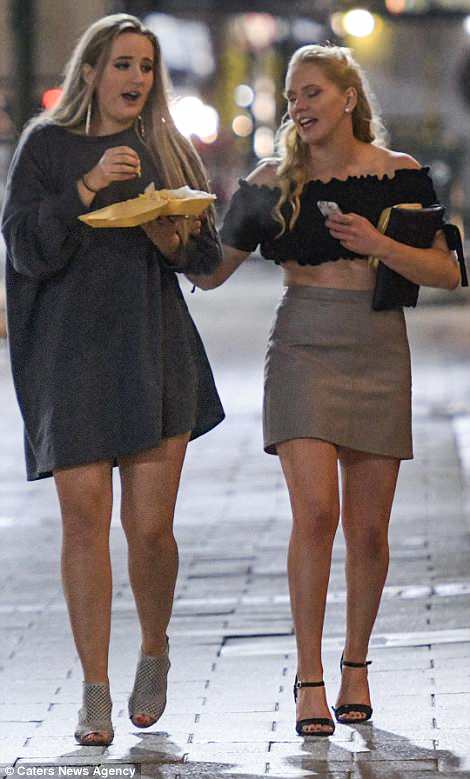 Thousands were clearly in good spirits in Birmingham, with one man carrying balloons (left) and other grabbed some fast food 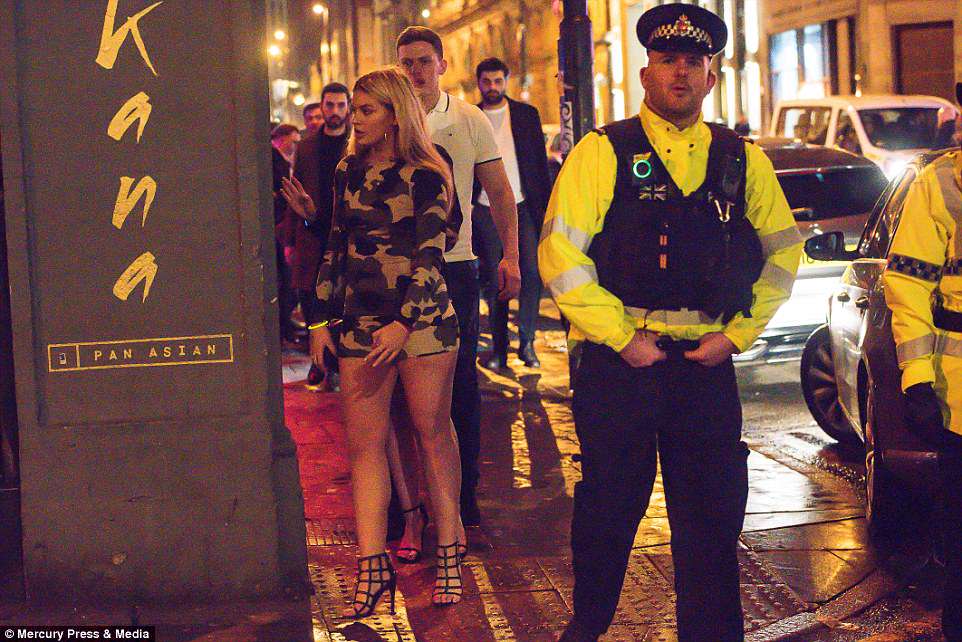 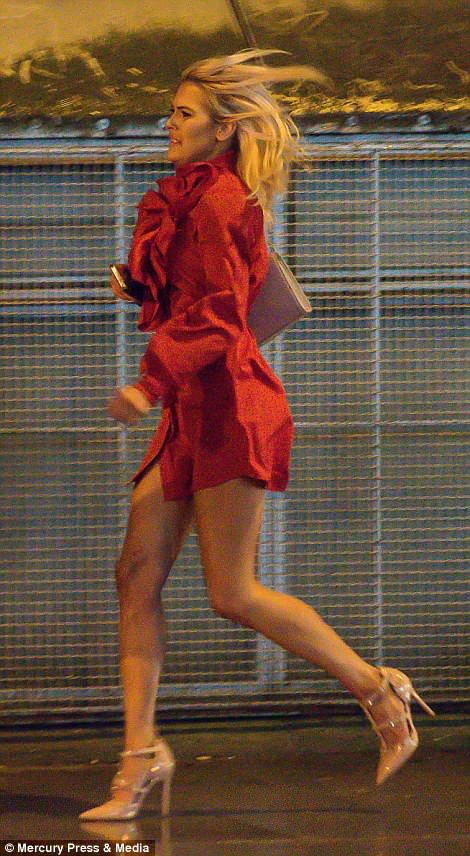 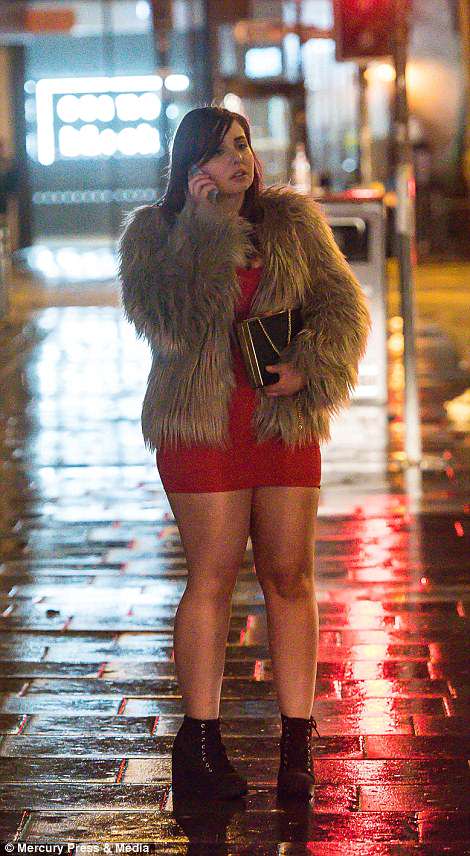 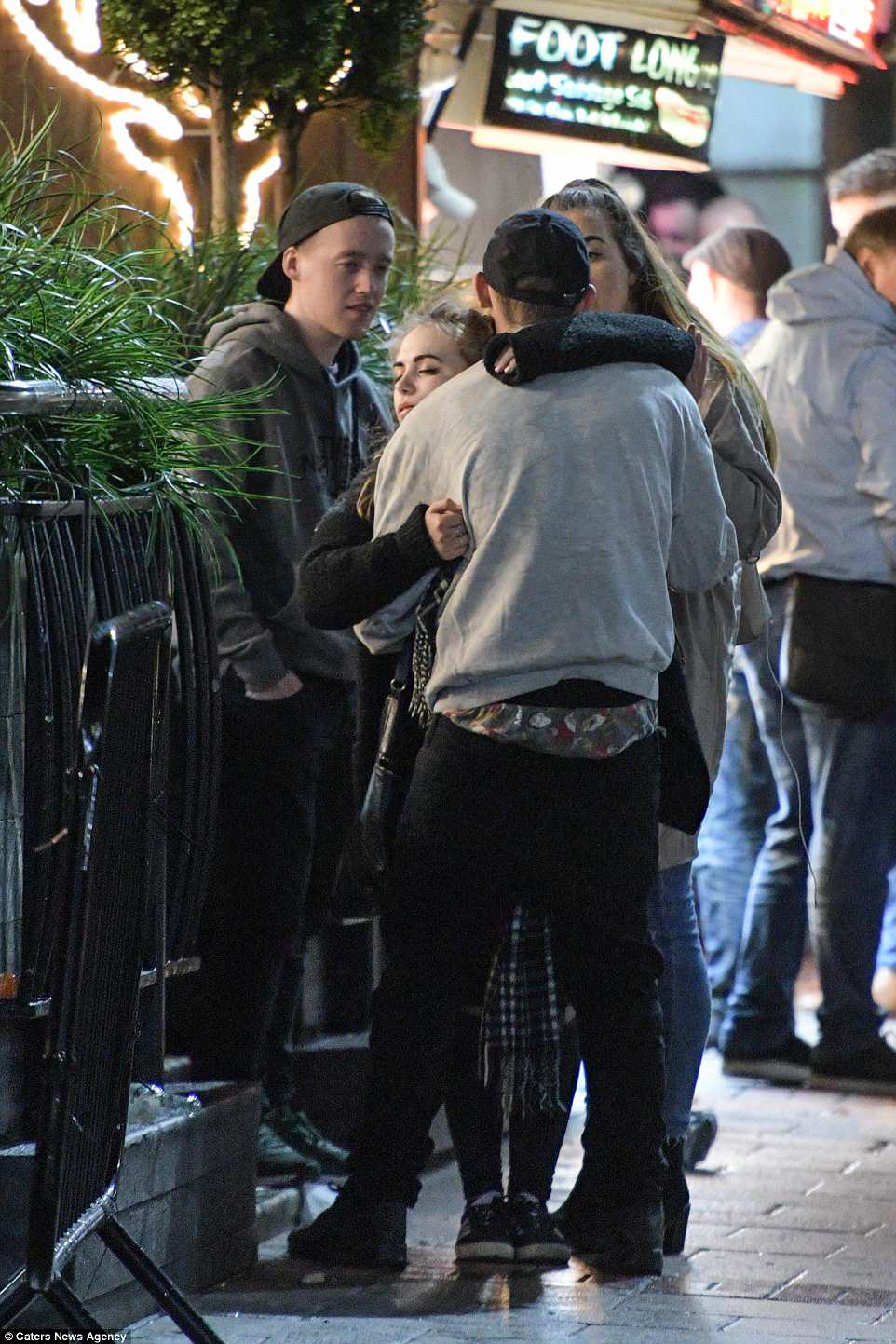 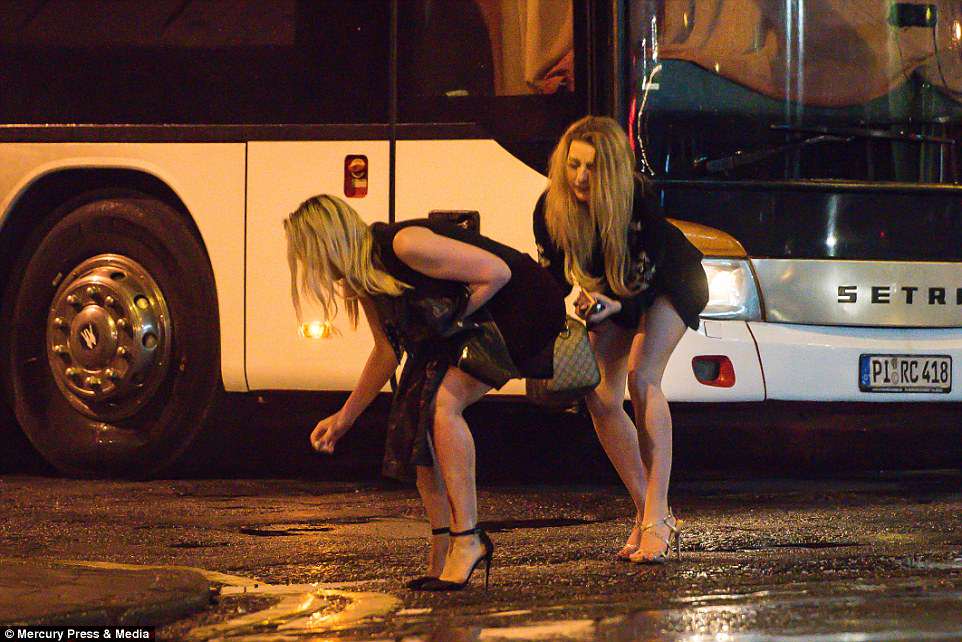 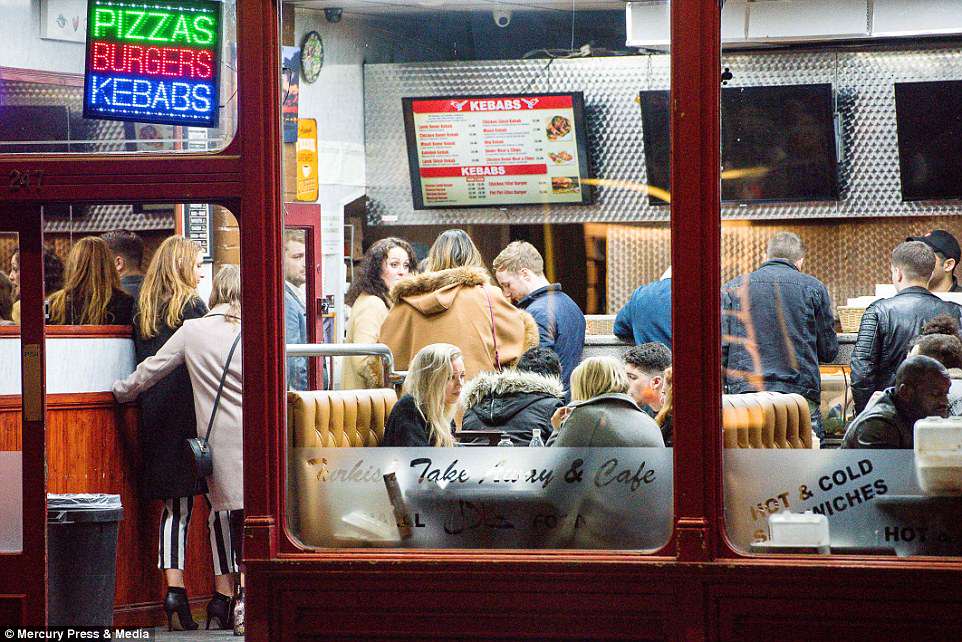 Takeway staff in Manchester were also rushed off their feet as they provided customers with chicken, chips, kebabs and pizza. 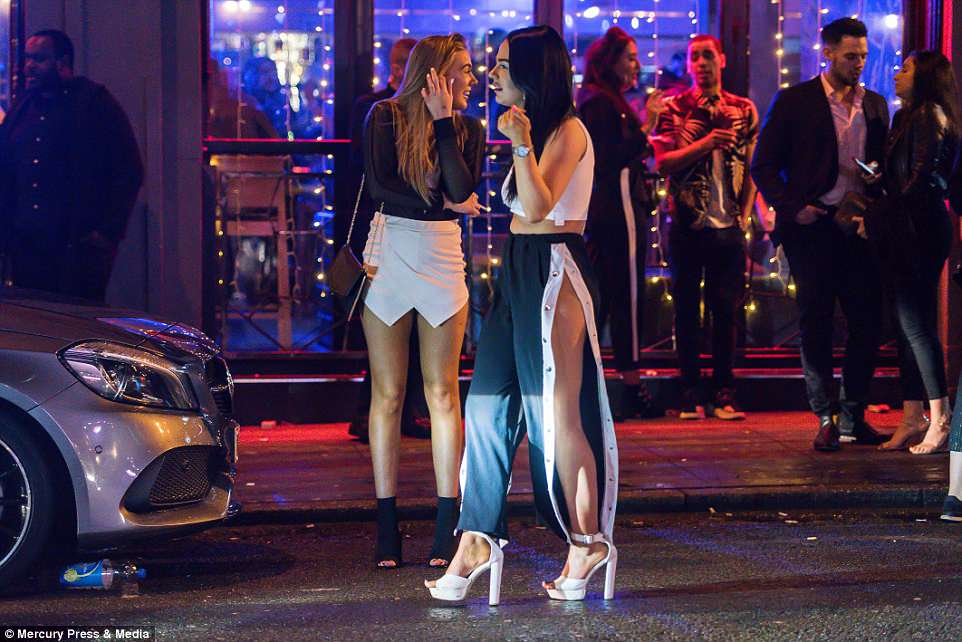 Revellers hit the town in an array of outfits that gave no indication of the chilly temperatures, with this woman wearing trousers cut to the waist 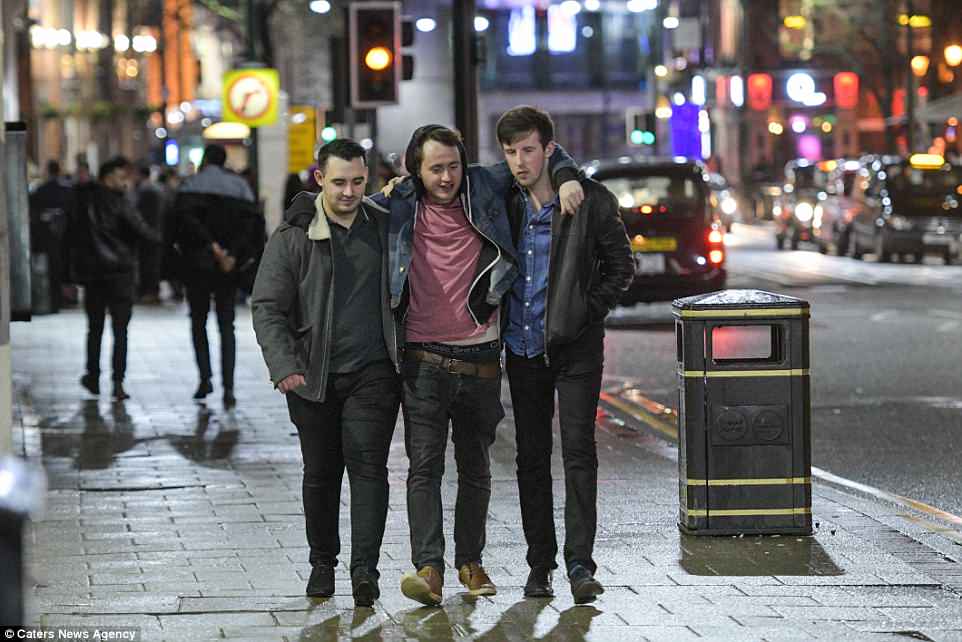