Fans have rushed to get the aperitive beloved by the royal family after it was granted their seal of approval last week.

Dubonnet, a French wine-based aperitive, has long be beloved by the Queen herself and her mother The Queen Mother, who passed away in 2002. Last week, it was granted a Royal Warrant.

The distinction will see ‘By Appointment to HM the Queen’ being printed on bottles of Dubonnet from next year on.

Waitrose has revealed the tipple, which costs £9.50, has sold out in stores, and supplies are also limited on Amazon.

Waitrose have revealed that it has sold out of bottles of Dubonnet after the £9.50 tipple was granted a Royl Warrant last week. The drink has long been beloved by the Queen. Pictured taking a sip of champagne during a visit to Slovenia in 2008 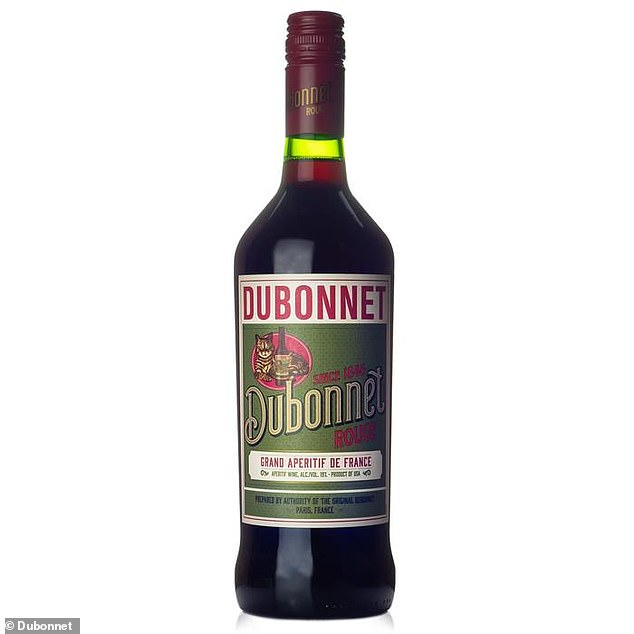 A spokesperson for Waitrose have said they hoped the £9.50 tipple, pictured, will be back in stock by the end of the month

A spokesperson for the store said they hoped to replenish the stop by the end of the month.

Dubonnet was a popular aperitif in the ’60s and ’70s when 20 million of bottles were sold a year, however, it fell out of favour it he 80s. 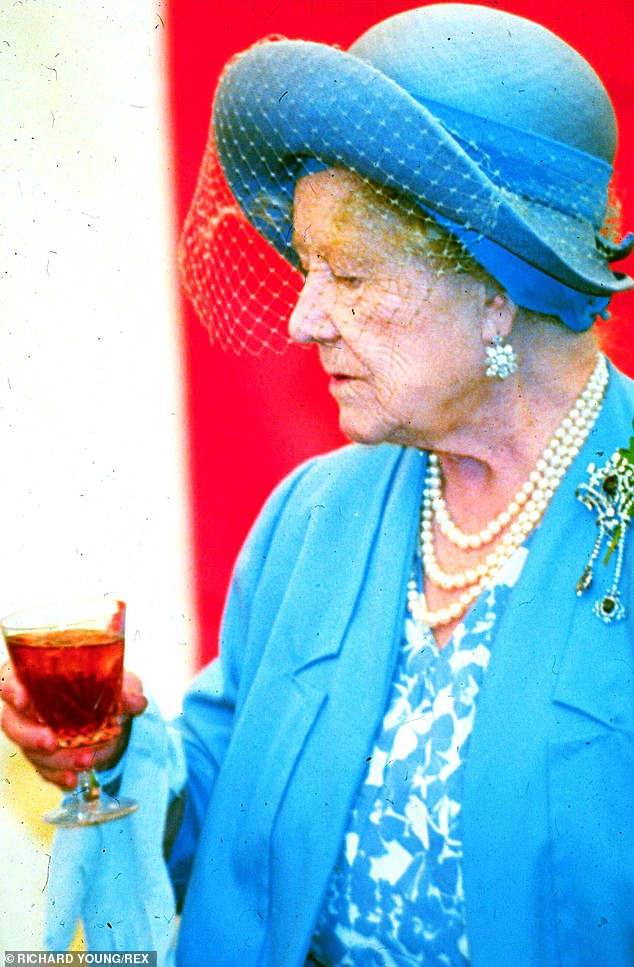 Pictured:  the Queen Mother enjoying a glass of sherry in 1991. The royal, who died in 2002, was partial to a glass of Dubonnet

Simon de Beauregard, of owner Pernod Ricard, who produces the drink said: ‘The growth is partly due to lockdown, but we believe it is more to do with consumers looking for a lower-alcohol drink. It’s become fashionable with the young to use in Negroni cocktails.’

The fortified wine, which contains herbs and spice, was created in France in the 19th century and has long been a favourite of the royals.

Last week, the Daily Mail reported the Queen Mother used to ask her aide to pack her two small bottles of Dubonnet on her engagements.

It was reported she once wrote a note to her page Billy Tallon, which read: ‘I think that I will take 2 small bottles of Dubonnet and Gin with me this morning, in case it is needed.’ 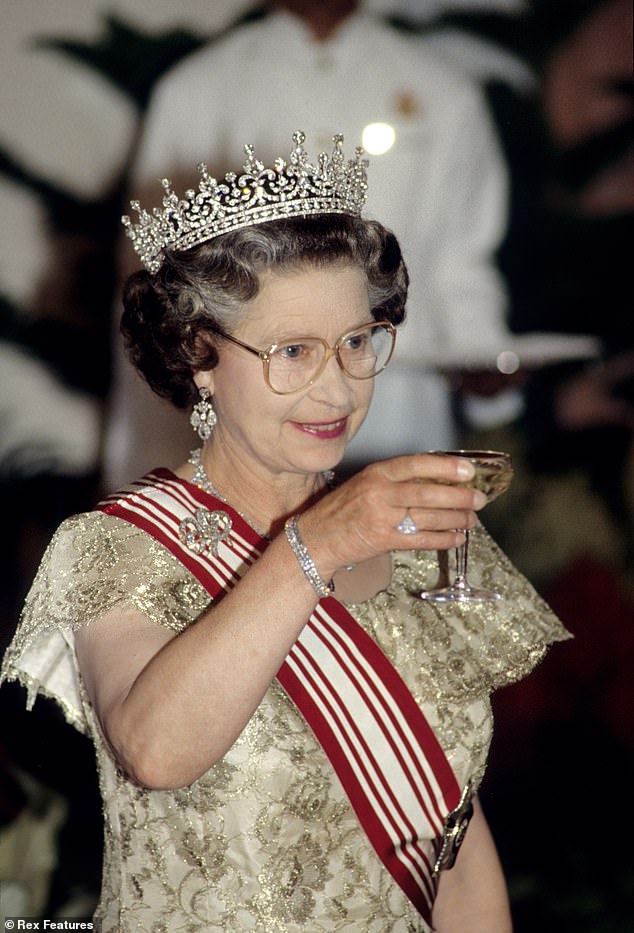 The Queen has remained a fan of Dubonnet even after the drink fell out of favour with the public in he 1980s. Pictured during a toast in Singapore in 1989

The Queen herself enjoyed Dubonnet and gin before her recent break from alcohol.

The drink was so beloved by the royal that it was claimed the Queen, her sister Princess Margaret and the Queen mother went through nearly a full bottle of gin and Dubonnet before one fateful dinner.

The Queen Mother had indulged in the drink so much she was reported to have missed her plate when helping herself to some dinner, before collapsing in a fit of giggles.

Dubonnet was first created in France as a tonic in the 1840s as a tonic to entice soldiers despatched in North Africa to take their dose of quinine – the active ingredient in cinchona bark used to prevent the disease.

The soldiers disliked the taste of quinine so much they refused to ingest it, and the French government launched an appeal for a solution.

Parisian chemist Joseph Dubonnet responded in 1846 with ‘quinquina Dubonnet’ — adding quinine, herbs and spices to fortified wine – this proved a success, and the drink became popular when the soldiers returned from Africa.

After it crossed the pond, Dubonnet became a hit and was soon embraced by the Queen Mother, who enjoyed it with gin.

It became a middle-class drink, before reaching its heyday in the 1970s after it was bought by Pernod Ricard, when the American actress Pia Zadora became the brand’s model for a series of TV adverts.

The drink’s popularity started to decrease in he 1980s, however, it has remained a favourite of the Crown.

The monarch’s faithfulness to the tipple was tested in 2009 when the Queen requested a glass of Dubonnet at Lord’s Cricket Ground, only to be told none of the bars around the ground stocked the drink, with the local off-license scoffing that no one had requested Dubonnet in 30 years.

A royal aide had to track down a bottle at a nearby supermarket and bring it to the cricket ground to quench the royal’s thirst.