The Duchess of Cambridge was spotted wearing a £39.99 Zara dress as she enjoyed a day out with Prince George and Princess Charlotte at the Houghton Horse Trials.

Kate, 36, looked stylish in the floral printed blue cotton dress as she doted on George, four, and Charlotte, three, at the equestrian event in Norfolk.

She finished off her off-duty look with a navy tote bag and a pair of shades, while wearing her hair up in a chignon.

During the day out, George, who wore a green polo top with beige shorts, was seen climbing into an air ambulance vehicle.

The Duchess of Cambridge was spotted wearing a £39.99 Zara dress as she enjoyed a day out with Prince George and Princess Charlotte at the Houghton Horse Trials in Norfolk

Meanwhile, Charlotte – who stole the show at Prince Harry and Meghan’s wedding – looked adorable in a pink floral dress and matching pumps as she tucked into a strawberry ice cream.

Kate showed herself to be every inch the hands-on mother as she was seen kneeling down to tend to her two eldest children at the equestrian event.

The family outing on Sunday was the first time Kate, George and Charlotte have been seen in public since the royal wedding just over a week ago.

The Duchess’s High Street dress was markedly different to the formal Alexander McQueen coat and Philip Treacy hat that she wore at St George’s Chapel. 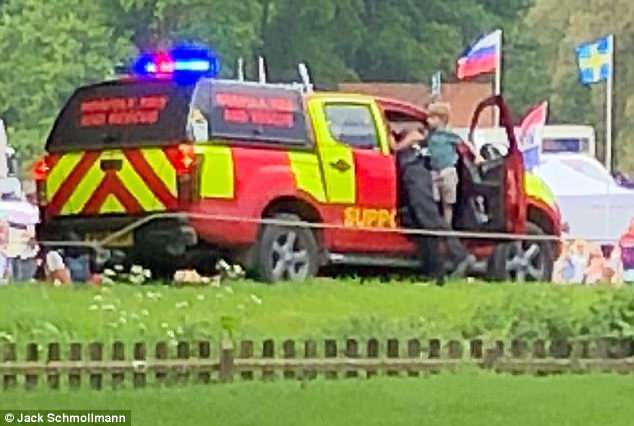 George, who wore a green polo top with beige shorts, was seen climbing into an air ambulance vehicle at the event

Kate is known to have worn Zara when off-duty in the past, having been spotted in a checked coat from the retailer last December, while pregnant with Prince Louis.

It is not the first time the Cambridges have been spotted at the Houghton horse trials, which take place near their Anmer Hall home in Norfolk.

The three-day festival includes showjumping and eventing, with children’s entertainment on offer for youngsters as well.

Kate and William were spotted with George and Charlotte at the Houghton horse trials in 2016, along with friends James Meade and his wife Lady Laura Marsham. 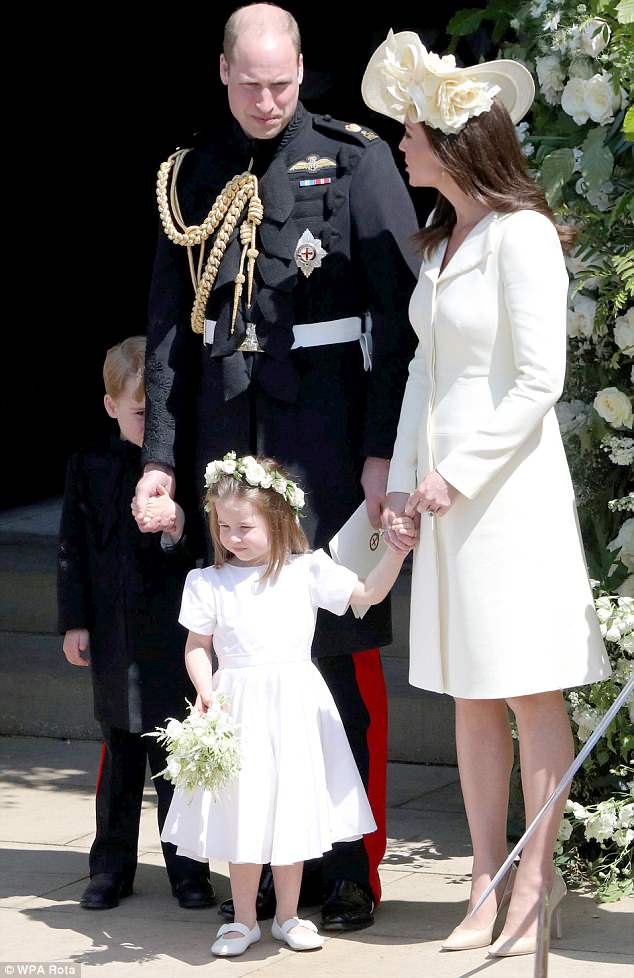 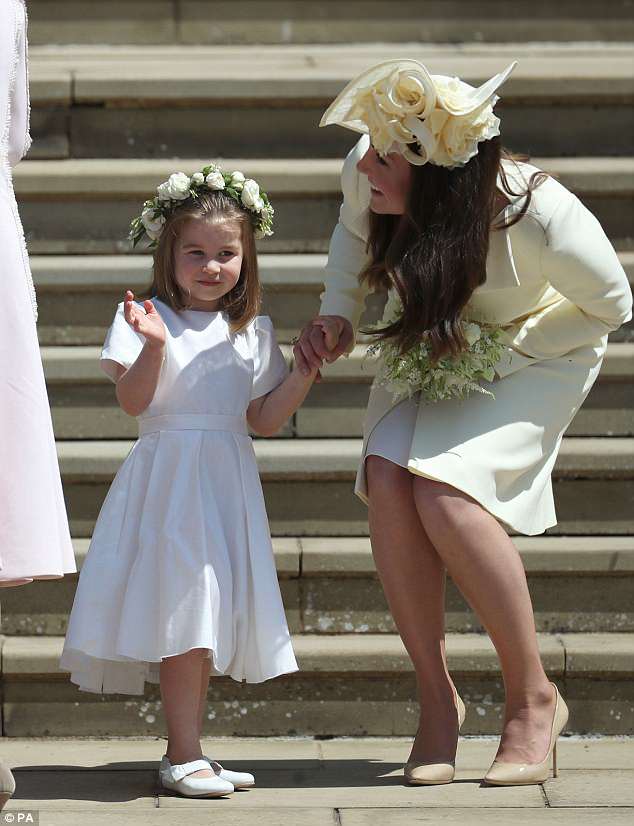 The family’s appearance at this year’s event comes after it was reported that young George has been having riding lessons in Windsor.

Olympic equestrian Zara Tindall is said to have lent the prince a Shetland pony to use for his lessons.

A source told Hello!: ‘William and Kate were really keen to get George riding – it’s something all the royals do and the whole family adore animals.

‘But obviously he’s only small so they didn’t want to put him on a big horse.