Royal fans were treated to a double helping of Duchess this morning as Kate and Meghan arrived together at Sandringham for the Christmas Day service – each sporting extremely different styles.

Side by side, Kate the Duchess of Cambridge, 36, and Meghan, the Duchess of Sussex, 37, appeared to have put their reported differences aside as they strode toward the church with their husbands.

However, their choice of outfit could not have been further apart with Kate going for a classic look and Meghan choosing chic in items from Victoria Beckham’s clothing line.

An ever-stylish Kate cut a classic figure in a red dress coat with a burgundy collar and matching hat, teamed with gold accessories, gloves and a red Bayswater clutch by Mulberry. She wore dark tights and modest red Gianvito Rossi heels, appearing to be continuing with a forties era style.

Recently the Duchess has appeared in A-line coats, shouldered jackets and mid-length skirts as she leads the pack for Royal fashion.

The pregnant Duchess of Sussex however, opted for a much more modern outfit.

The Duchess who came in on Prince Harry’s arm took the unusual decision to wear all dark colours and high heeled black boots.

She wore a double breasted tailored £2,250 coat from the VB line, as well as a pair of boots by David Beckham’s wife. The stylish Duchess also carried a £1,200 powder box bag by the Spice Girl turned designer.

However, she was matched perfectly with her husband who wore a lighter shade of blue. 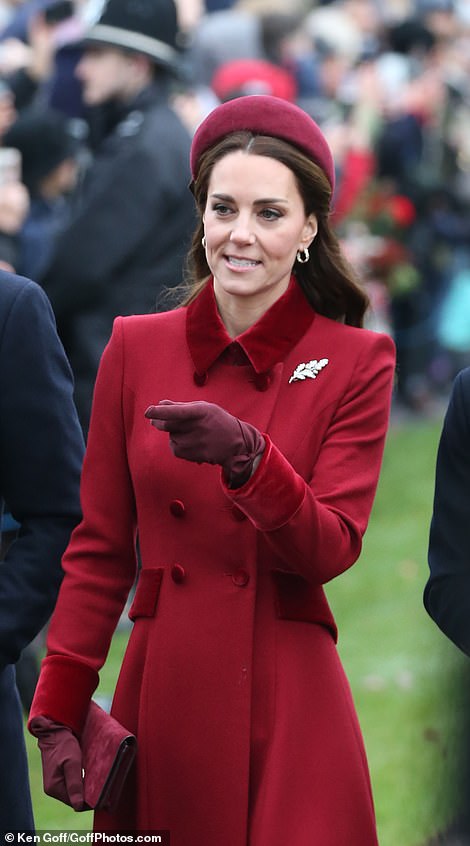 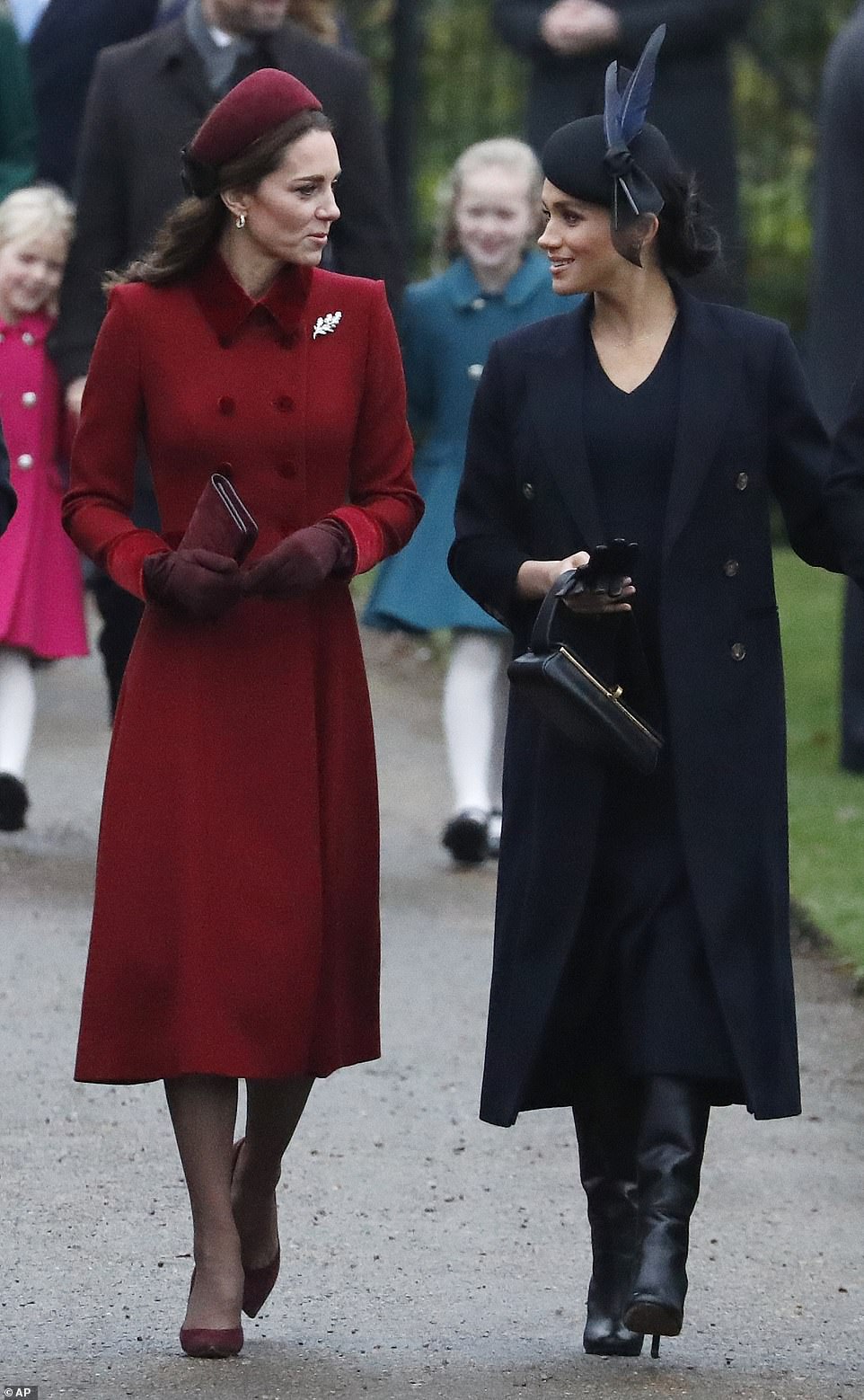 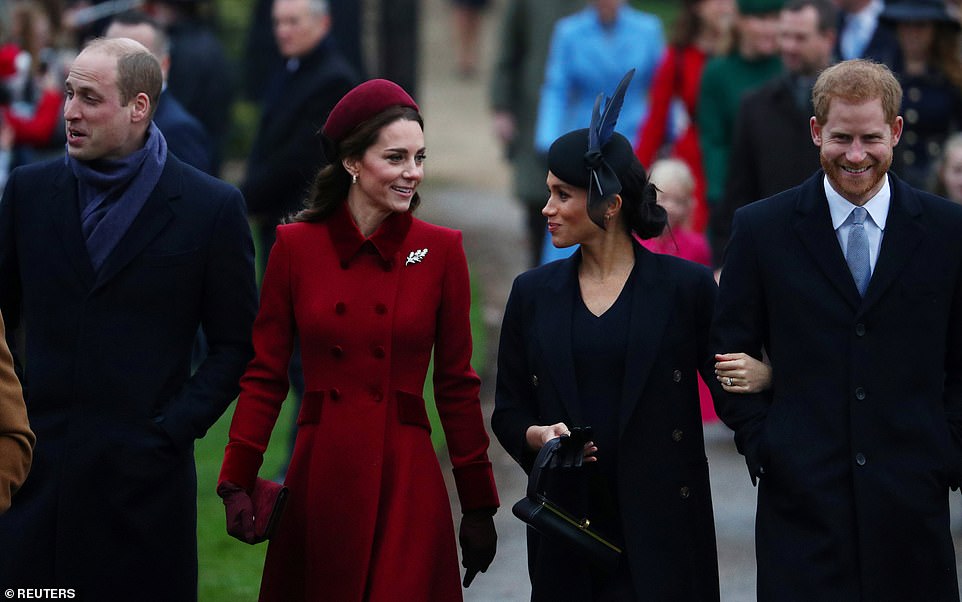 The Duchesses appeared to have put aside their differences. Their style on Christmas Day however, remained worlds apart 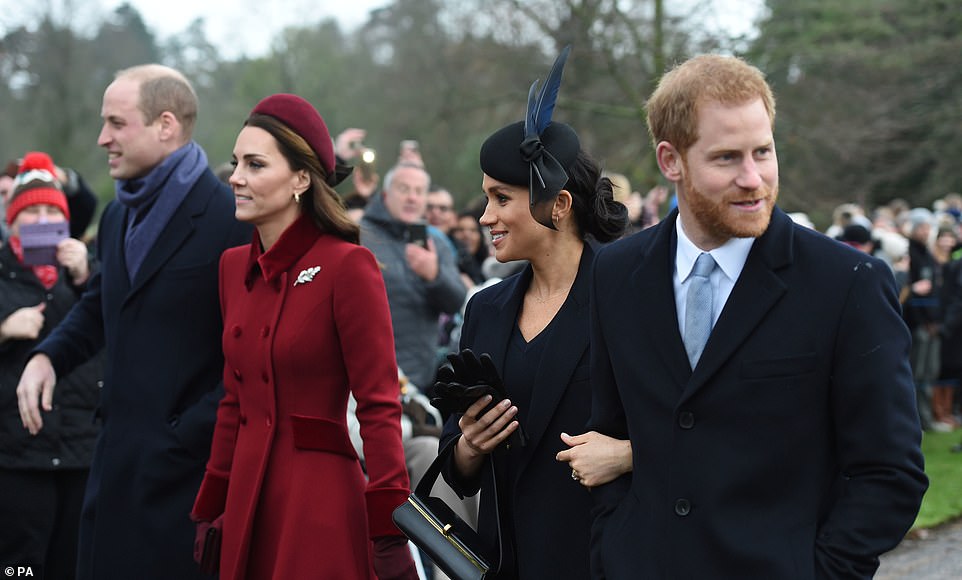 The former suits actress who married Prince Harry in May also wore black, calf height boots over a dark dress, coat and matching hat with dark blue feathers protruding from it.

The Duchess of Sussex may have a lot to learn from Prince William’s wife who has become a style icon.

Kate’s clothes fly off shelves of stores whenever she wears them.

Recently, she has opted for 40s and 50s style – and the fashion world is lapping it up.

Prince William, 36, and Harry, 34, joined their wives and the rest of the Royal Family as they put on a united front amid rumours of a ‘rift’ and mounting tensions between the two couples. 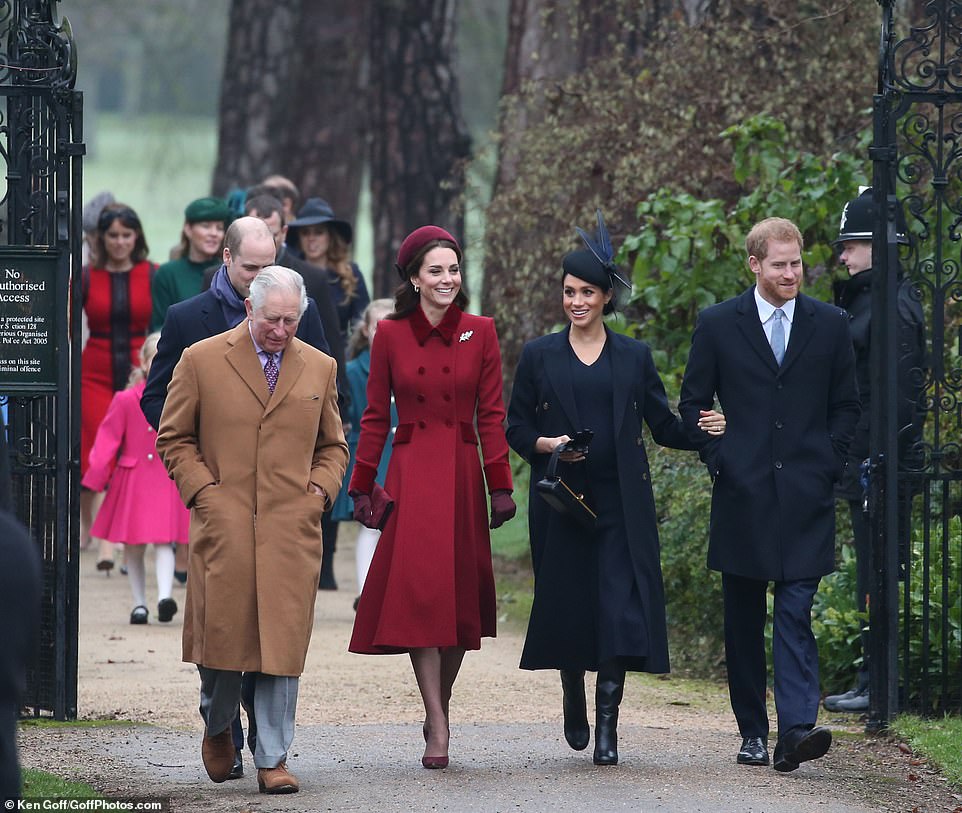 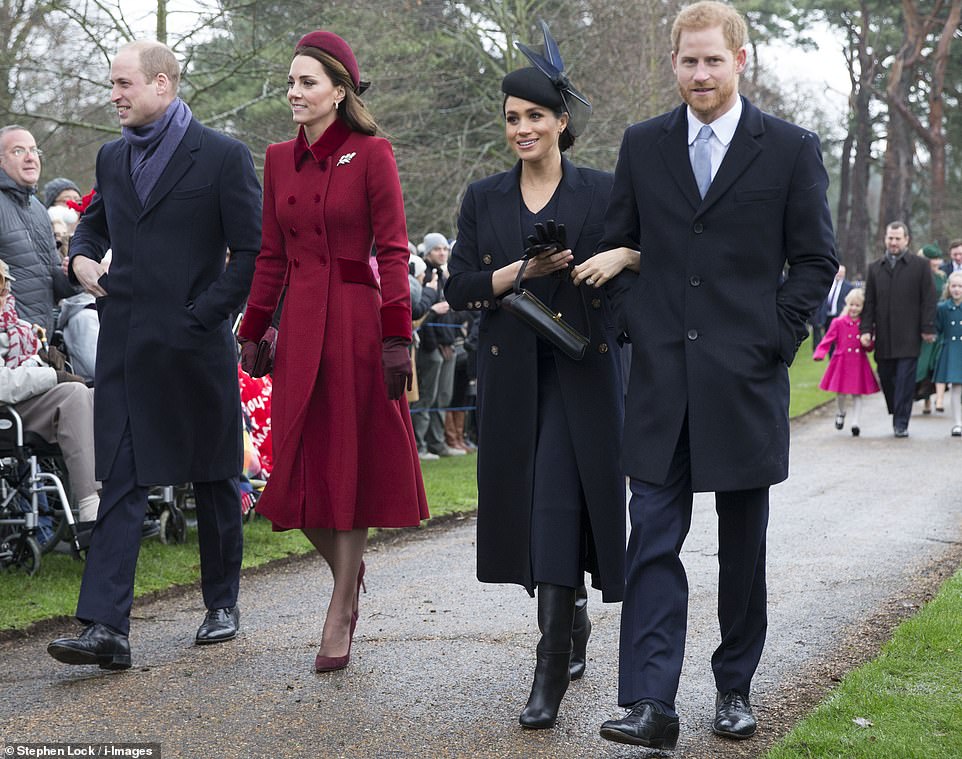 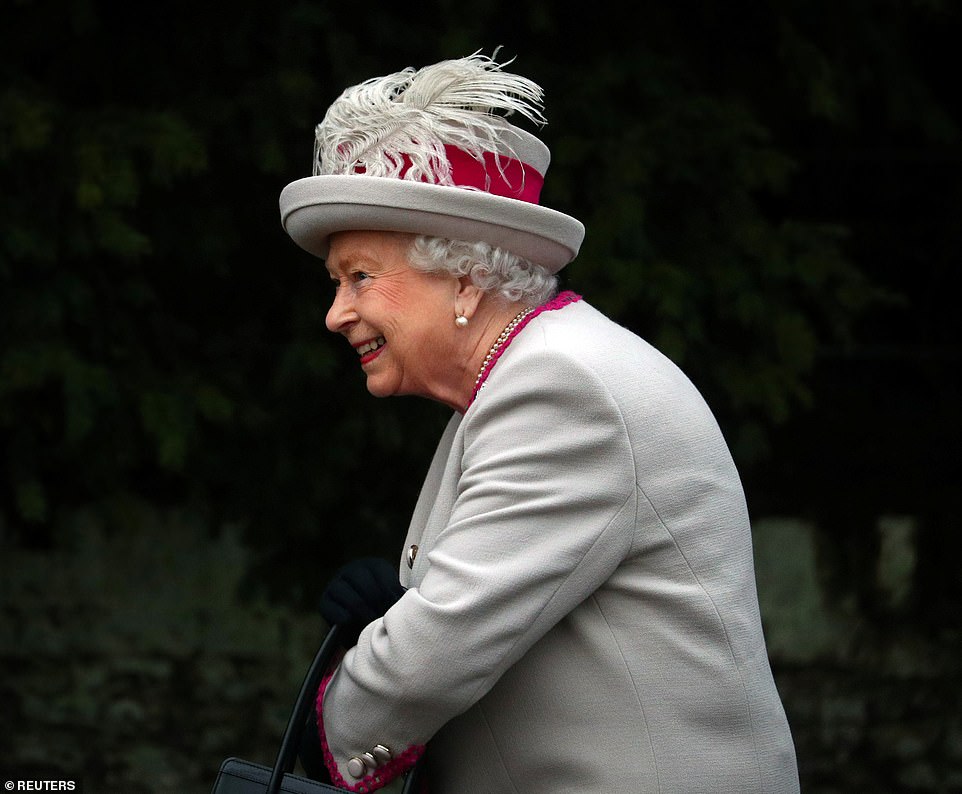 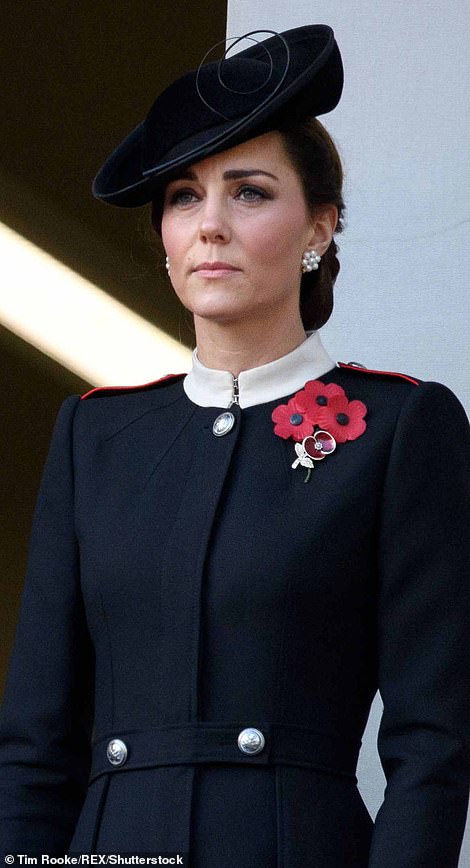 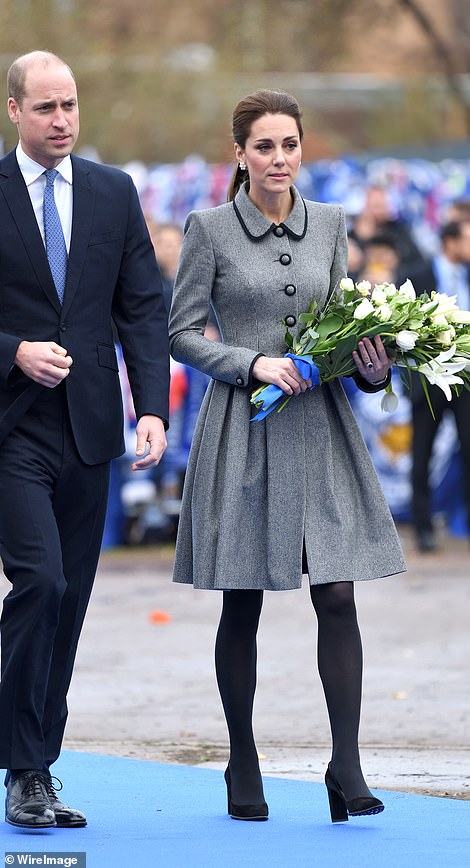 Kate, Duchess of Cambridge has taken a liking to forties and fifties style of late with A-line coats and jackets with defined shoulders and buttoned waistlines. Pictured rightat Leicester City Football Club to pay tribute to those who were tragically killed in the helicopter crash at the King Power Stadium on November 28 and left at the National Service of Remembrance